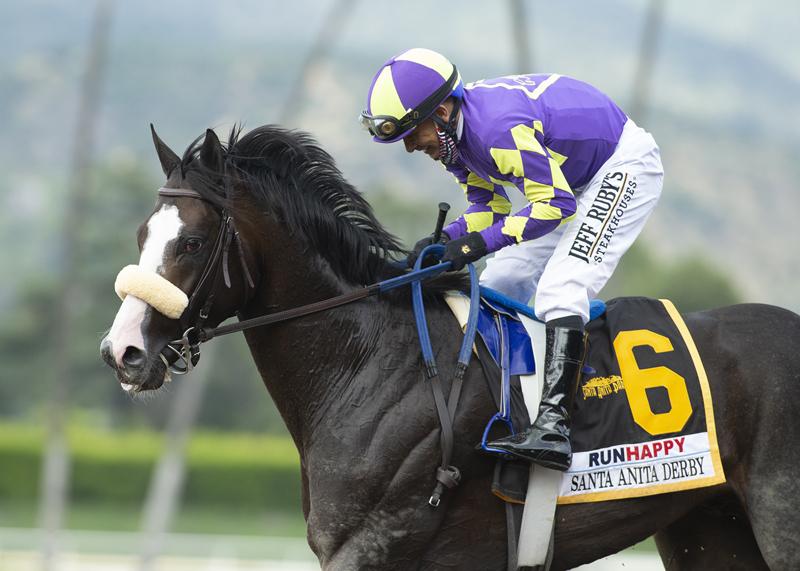 C R K Stable’s Honor A. P. earned 100 points on the 2020 Road to the Kentucky Derby following his stylish 2 3/4-length tally in the $401,000 Santa Anita Derby (G1). The sophomore ridgling earned his first stakes victory after clocking nine panels on the fast main strip in 1:48.97 under regular pilot Mike Smith.

The previously unbeaten Authentic was clear in finishing second to earn 40 points towards the ‘Run for the Roses’, and was followed by Rushie and Anneau d’Or, who earned 20 and 10 points, respectively.
Trained by John Shirreffs, Honor A. P. debuted at Del Mar on August 17 in a 6-furlong dash on the dirt and rallied from well back early on to be a closing runner-up. Stretching out to a mile at Santa Anita for his second career assignment, the dark bay was sent to the front and never looked back en route to a decisive 5 1/4-length score.
Honor A. P. made his 2020 debut in the San Felipe (G2) and finished a smart second. The Santa Anita Derby conquer improved his lifetime line to 4-2-2-0, $362,200.
The winner was bred in the Bluegrass State by George Krikorian and brought the gavel down at $850,000 at the 2018 Fasig-Tipton Saratoga Sale. He was produced by two-time Grade 1 heroine Hollywood Story, winner of the 2004 Hollywood Starlet (G1) and 2006 Vanity (G1). The son of Honor Code was preceded in stakes glory by his half-sister Miss Hollywood.
Honor A. P. garnered a hefty 108 BRIS Speed number for his Santa Anita Derby work. The smooth-striding sophomore is bred to handle a classic distance and never showed signs of fatigue while earning his initial Grade 1 victory.
Mike Smith said following the race, “He gives every indication that he can go a mile and a quarter, just the way he galloped out today. I mean I had to pull him up. He just keeps going with that big stride, it’s almost as if horses have to take two (strides) to his one, it seems like. He just really reaches.”
Honor A. P. is among the most talented horses in his crop, and he likely hasn’t hit his peak with just four lifetime outings under his belt. The top prospect is sure to skyrocket up many Kentucky Derby leaderboards after his performance at "The Great Race Place." 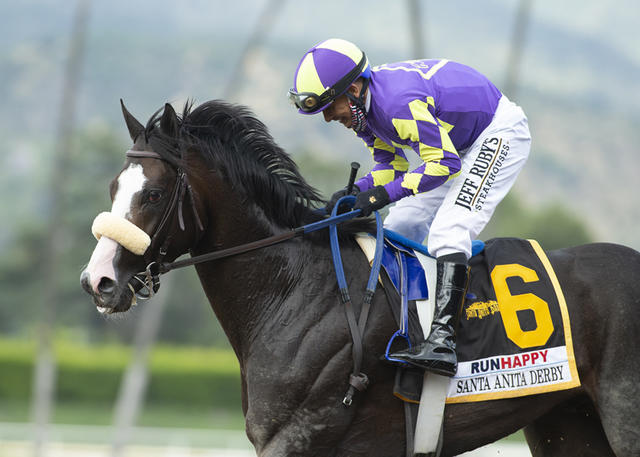