The Chad Brown trainee notched his first black-type win in the Withers while boosting his lifetime line to 4-2-0-0, $182,530. He commenced his career on Oct. 10 in a six-furlong dash on the dirt at Belmont Park and never factored when finishing seventh. A move to the turf at Aqueduct came in his second outing, and the bay colt finished sixth in an 11-horse field over a yielding course. He wore blinkers for his third assignment, and the equipment change had an immediate impact as he drew off late to graduate in a nine-furlong dirt test in his juvenile finale.

"We thought highly of this horse and were disappointed he didn't show more in his first two starts, but the addition of blinkers and getting him in two-turn dirt races really made a difference”, Brown stated following the race.

Risk Taking was bred in the Bluegrass State by G. Watts Humphrey and was purchased for $240,000 at the 2019 Keeneland September Yearling Sale. The son of Medaglia d’Oro is the first stakes star produced from the stakes-placed Distorted Humor mare Run a Risk. She is a half-sister to a trio of stakes heroes, led by Grade 3 winners Rey De Cafe and El Crespo. This is the same female line as standout sire Seeking the Gold, who was victorious in the 1988 Super Derby (G1) and Dwyer S. (G1).

The well-bred colt shows Brisnet Speed numbers of 73-78-98-92 from four lifetime appearances, while showing marked improvement in his last pair. He is bred to handle a classic distance with relative ease and will make a lot of noise on the Triple Crown Trail if he continues to ascend. 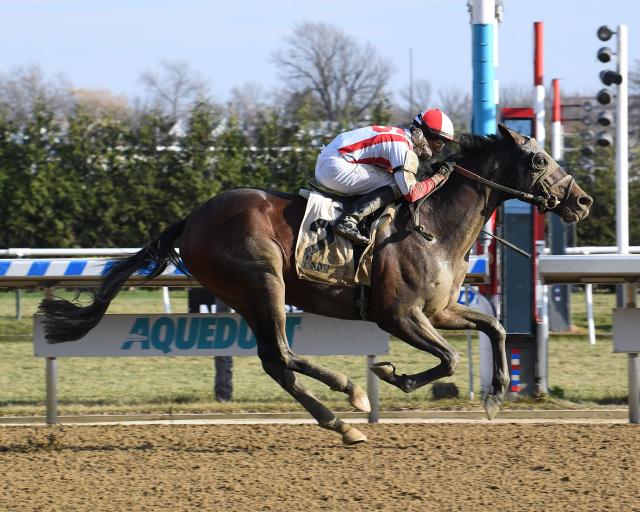