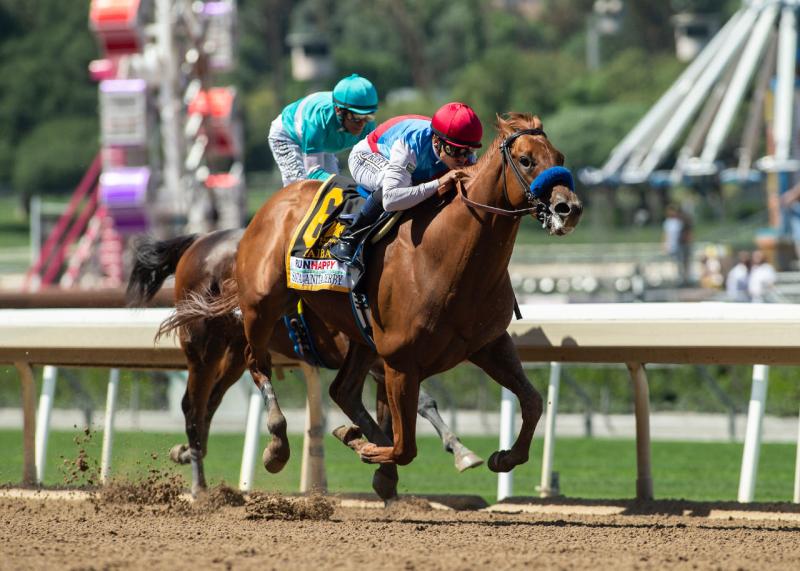 Zedan Racing Stables’ Taiba earned 100 points on the 2022 Road to the Kentucky Derby challenge series following an emphatic 2 1/4-length tally in the $750,500 Santa Anita Derby (G1) on April 9. The Tim Yakteen trainee finished off 1 1/8 miles on the fast dirt surface in a swift 1:48.67 under the guidance of pilot Mike Smith.

"It's hard to actually verbalize what he just accomplished," Yakteen said of Taiba's sensational performance. "You don't see that at this level unless you're just exceptionally, exceptionally gifted. Obviously, this horse has that type of talent because (runner-up) Messier ran absolutely super — lights out. That was a strong horse to collar."

“Every now and then, you’ll come across one that is special,” Smith said. “He’s one of those.”

Messier was second and followed by Happy Jack and Armagnac, with the trio earning qualifying points on a 40-20-10 basis.

Taiba debuted on March 5 in a six-furlong maiden special weight event at Santa Anita and won with ease, drawing off by a commanding 7 1/2 lengths under the wire as the 1-2 favorite. The Santa Anita Derby marked his initial stakes effort, and his lifetime line now reads 2-2-0-0, $490,200.

The winner was bred in the Bluegrass State by Bruce Ryan, and he passed through the auction ring on a pair of occasions. The Gun Runner colt fetched a final bid of $140,000 at the 2020 Fasig-Tipton Kentucky October Yearlings Sale, prior to bringing the gavel down at a handsome $1.7 million as a two-year-old at the 2021 Gulfstream Sale at Fasig-Tipton, the second-highest priced youngster at the event.

Taiba was produced from the 14-time black-type winning Flatter mare Needmore Flattery, who counts herself as a full-sister to stakes heroine Flatter Her Again, as well as a half-sister to black-type victor Kiosk’s Cause.

From just a pair of career assignments, the chestnut sophomore has registered Brisnet Speed figures of 100 and 111. He is obviously short on experience with just a pair of outings to his credit, but the impressive colt is long on talent and has a legitimate chance of becoming the first horse since Leonatus in 1883 to take the Run for the Roses in his third lifetime engagement. 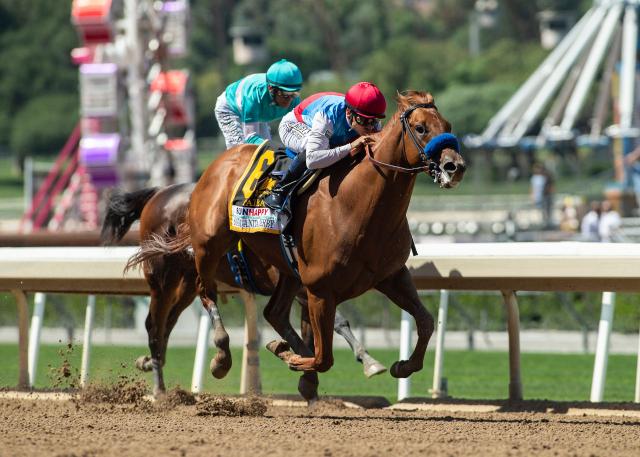