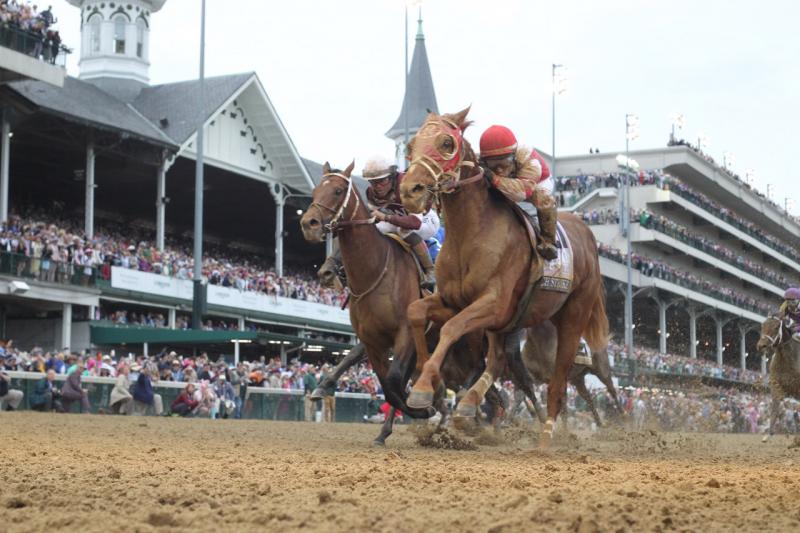 The top three finishers from the Kentucky Derby (G1) – 80-1 upsetter Rich Strike, beaten favorite Epicenter, and Zandon – will renew rivalry in Saturday’s $1.25 million Travers (G1) at Saratoga. Adding to the depth of the field are Cyberknife, who hasn’t lost since his Derby disappointment, and Preakness (G1) hero Early Voting.

Rich Strike was totally overlooked in the Run for the Roses after losses in his four prior stakes attempts. Needing a scratch to draw into the Derby from the also-eligible list, the Eric Reed trainee made the most of his opportunity to score a new career high. The deep closer relished the pace meltdown at Churchill Downs, unleashing a powerful inside rally to topple the well-fancied Epicenter and Zandon.
In his only subsequent start in the Belmont (G1), Rich Strike didn’t get the same set-up and finished sixth. Reed has said that it was his error to instruct jockey Sonny Leon to take him to the outside. Rich Strike is most comfortable on the inside, and he’ll be happy with post 2. The question remains whether he can duplicate his Derby performance at another venue, an uncertainty reflected in his 10-1 morning line.
Epicenter, the Kentucky Derby favorite following his track record-setting Louisiana Derby (G2), ranks as the 7-5 choice in the Travers. Also second as the Preakness favorite, the Steve Asmussen star returned with a dynamic victory in the July 30 Jim Dandy (G2) at Saratoga. Epicenter went last to first, albeit in a four-horse field, under confident handling by Joel Rosario. A repeat of that effort would earn him an overdue first Grade 1 laurel in the Travers, and solidify his status as the divisional leader.
Yet Zandon, the runner-up in the Jim Dandy, has a reason to move forward on Saturday. Unraced since his Derby third, he ended up racing more forwardly than his preferred style last time out. The Travers is likely to unfold differently, and with a tightener under his belt, Zandon could be poised to step up. Flavien Prat retains the mount aboard the 5-1 chance, whose biggest win came in the Blue Grass (G1).
Early Voting, who faded to last of the Jim Dandy quartet, could also rebound and turn in an effort more like his Preakness coup. He set the pace that day on a Saratoga track that was very deep, but the surface has been playing quicker of late. Regular rider Jose Ortiz will guide the pace factor listed at 8-1.
While Zandon and Early Voting are the most accomplished entrants for trainer Chad Brown, their stablemate Artorius has earned his chance in the big leagues. The Juddmonte homebred has long been well regarded, but late maturing. Breaking his maiden second time out on June 10 at Belmont Park, Artorius looked potentially special when rolling from off the pace in the July 29 Curlin S. at the Spa. On a steep upward curve, he’s prompted comparisons to his sire – late champion Arrogate, who famously romped to a track record in his stakes debut in the 2016 Travers.
Cyberknife is also in the form of his life at present, coming off a rail-skimming victory in a track-record Haskell (G1) at Monmouth. The Brad Cox runner has won four of his past five, including the Arkansas Derby (G1) and Matt Winn (G3). The blip in that span was his uncharacteristic 18th in the Kentucky Derby, where he was among those sapped by the pace. A more normal scenario in the Travers should see Cyberknife to much better effect with regular pilot Florent Geroux. Pegged as the 7-2 second choice on the morning line, he could leverage his tactical speed on the rail.
Gilded Age, a rallying second to Artorius in the Curlin, was previously third to Early Voting in the Feb. 5 Withers (G3). The added distance of the 1 1/4-mile Travers arguably helps his chances of snaring a minor award.
Rounding out the eight-horse field is Iowa Derby winner Ain’t Life Grand, who faces a substantial class test. The Prairie Meadows shipper is by the same sire as Epicenter, Not This Time.
Cyberknife and Early Voting are both sons of Gun Runner, who was third in Arrogate’s Travers. Aside from Arrogate’s son Artorius, two others are trying to emulate Travers-winning sires. Gilded Age is by 2002 victor Medaglia d’Oro, and Rich Strike is by Keen Ice, who stunned Triple Crown champ American Pharoah here in 2015.

You can watch and wager on the Travers at TwinSpires.com, with a special "Bet Back" offer (up to $10) if the horse you bet to win finishes second. 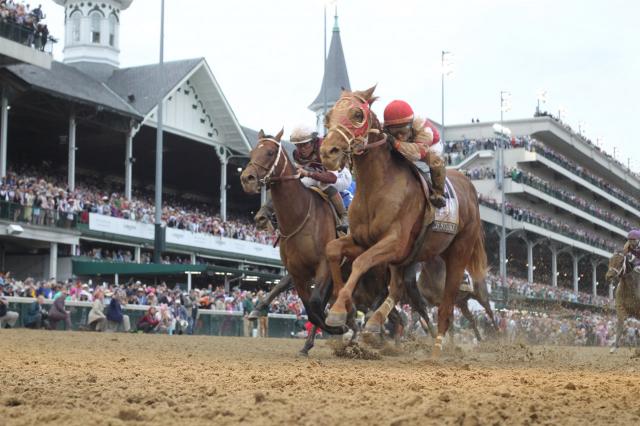