The first of three Fair Grounds’ qualifiers in the Road to the Kentucky Oaks series, Saturday’s $150,000 Silverbulletday is topped by Golden Rod (G2) winner Liora. She’s been installed as the 5-2 morning line favorite among seven fillies.

Contested at a mile and 70 yards, the race awards a total of 17 points to the top four finishers (10-4-2-1 scale) and honors two-time champion filly and Hall of Fame member Silverbulletday, who used a pair of prep races at Fair Grounds as a springboard to her 1999 Kentucky Oaks victory.

Liora broke her maiden when trying two turns on dirt, romping by nine lengths in late October, and came back four weeks later to post a 27-1 upset in the Golden Rod at Churchill Downs. She led wire to wire in the latter, gamely withstanding the bid of odds-on favorite Restless Rider by a nose on the wire, and Channing Hill retains the mount.

Needs Supervision comes next on the morning line at 3-1 in her first stakes appearance. A Laurel Park maiden winner two starts back, the Paynter filly exits a five-length score in a November 24 allowance at Churchill Downs. Joe Rocco rides.

Cowgirls Like Us brings a three-race stakes-winning streak into her first graded attempt. She races in the silks of Douglas Scharbauer, son of Clarence and Dorothy Scharbauer Jr., owners of 1987 Kentucky Derby winner Alysheba, and Cowgirls Like Us exits a 3 ¼-length score in the December 16 Trapeze at Remington Park. The Kentucky-bred daughter of My Golden Song captured a pair of listed events at Retama Park last summer.

Grandaria is also worth a look following a convincing allowance triumph at Fair Grounds and Corey Lanerie will be up for Brendan Walsh. Maiden winners Eres Tu and Fun Finder complete the field. 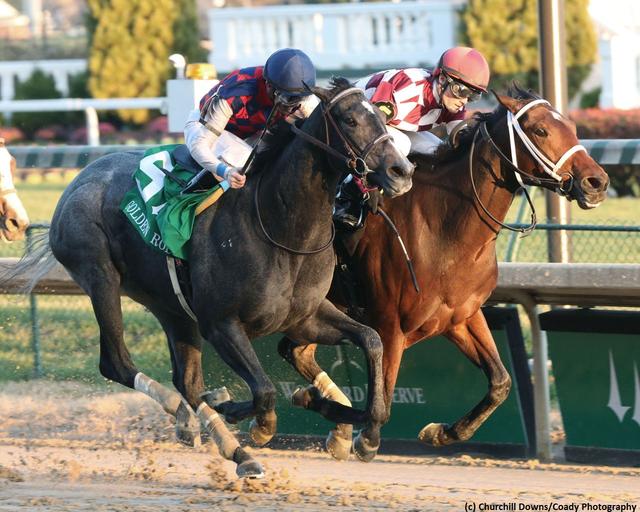