Unexpectedly long layoff? No problem. Facing older rivals? No concern whatsoever. Maximum Security lived up to expectations in the $200,000 Bold Ruler Handicap (G3) on October 26 at Belmont Park, prevailing easily as the 3-5 favorite.

Famously disqualified from victory in the 2019 Kentucky Derby (G1), Maximum Security was running for the first time in three months. Winner of the Haskell Invitational (G1) and Florida Derby (G1) against his own age group, Maximum Security missed the September 21 Pennsylvania Derby (G1) due to an episode of colic and was subsequently rerouted to the Bold Ruler.

Sprinting seven furlongs at Belmont proved to be just what the doctor ordered. With regular rider Luis Saez in the saddle for trainer Jason Servis, Maximum Security broke alertly from post one and quickly assumed command of the lead while carving out solid fractions of :22.90 and :45.22. True Timber, Diamond King, and Prince Lucky stayed in striking range while stacked up outside of the favorite, leaving Tale of Silence and the slow-starting Killybegs Captain to trail.

At the top of the stretch, Maximum Security kicked away from his pursuers and opened up under little more than a vigorous hand ride from Saez. After sprinting six furlongs in a rapid 1:08.39, Maximum Security finished well through a :12.39 final furlong to score by 1 3/4 lengths in 1:20.76. He did so while carrying top weight of 121 pounds, conceding as many as four pounds to his older rivals.

“He’s so special. He’s the Derby winner and he’s born to run. Of course, he’s the best horse I’ve ever rode,” Saez told the New York Racing Association. “He proved today he is a champion.”

“He was feeling so good today and he was ready to run,” Saez continued. “I was very comfortable. He put me there (on the lead) by himself and I was trying to slow the pace but there was pressure. I’m on the horse to beat so I knew it was going to happen, but he just kicked on. Everybody was right there (at the turn), but he came to the stretch and he did it all by himself.”

Owned by Gary and Mary West, Maximum Security boosted his official career tally to five wins and a second from seven starts, with earnings of $1,378,600.

“He’s special. He really is a special horse,” Servis said. “He definitely wasn’t 100 percent (today). Physically, he’s been great, but he had come out of the hospital and hadn’t run in three months.”

By defeating older males in a graded stakes, Maximum Security has thrust his name thoroughly back into consideration for champion three-year-old male honors. His key rival for the Eclipse Award title—Kentucky Derby runner-up Code of Honor—will make the next move in this cross-country chess game when he competes in the Breeders’ Cup Classic (G1) on November 2 at Santa Anita.

As for Maximum Security, Servis indicated tentative plans call for him to target the November 29 Clark Handicap (G1) at Churchill Downs or the December 7 Cigar Mile (G1) at Aqueduct. A victory in either race would further enhance Maximum Security’s growing resume. 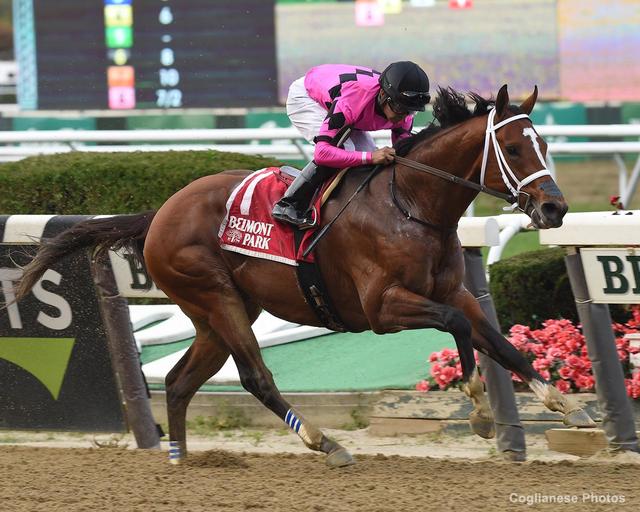