Meet the European-based nominees to the 2017 Triple Crown

As America’s iconic Thoroughbred race, the Kentucky Derby (G1) attracts interest from much further afield. This year, of a total of 418 three-year-olds nominated to the U.S. Triple Crown, 18 are internationally based. While it remains to be seen how many will pursue the trail in earnest, let’s introduce the eligible internationals.

Top Irish trainer Aidan O’Brien has had five Derby runners so far, with his best result being a fifth-place effort by Master of Hounds in 2011. O’Brien currently fields five nominees, all Kentucky-bred sons of War Front, for the Coolmore ownership group and associated partners.

Lancaster Bomber has already been seen stateside, finishing second in the November 4 Breeders’ Cup Juvenile Turf (G1). Previously runner-up in the Dewhurst (G1) at Newmarket, he is a half-brother to European mile star Excelebration. His female line is thoroughly turf-oriented, suggesting that he’s not an obvious candidate to take to dirt.

Stonestreet Stables and Coolmore’s Spirit of Valor, an $850,000 Keeneland November weanling, has significantly more dirt potential. Out of a mare by 1996 Kentucky Derby winner Grindstone, he is a half-brother to Street Life, a multiple stakes scorer and Grade 2-placed on dirt. Spirit of Valor encountered softer turf than preferable in his three career starts jammed into October, but still managed to break his maiden and place in the other two, notably the Killavullan (G3).

War Decree, co-owned by breeder Andrew Rosen and the Coolmore principals, is the most intriguing of the O’Brien group. Although he has plenty of turf influences in his pedigree, his dam is by the versatile Street Cry, whose standouts include the legendary Zenyatta and 2007 Kentucky Derby winner Street Sense. War Decree captured two of three starts last summer on turf, and looked like a smart prospect when clearing away in the July 26 Vintage (G2) at Glorious Goodwood.

War Secretary, unsold for a price of $825,000 as a Keeneland September yearling, is the first foal from multiple Grade 3 winner Upperline. His dam is by champion Maria’s Mon, sire of two Derby winners in Monarchos (2001) and Super Saver (2010). Nevertheless, Upperline took after her maternal side and proved best on turf and synthetic surfaces herself. War Secretary certainly loves the synthetic, improving markedly second time out to win going away over Dundalk’s Polytrack last October.

Whitecliffsofdover, a $1.15 million Keeneland September yearling purchase, has a strong dirt pedigree, being out of a full sister to the high-class performer (and influential sire) Pulpit. His key question is whether a surface switch would bring out enough improvement, for he’s only one-for-four on turf. Since his front-running maiden score at Naas, he’s finished second in the Somerville (G3) at Newmarket and a well-beaten third in the Prix Jean-Luc Lagardere (G1) at Chantilly.

The lone British-based nominee is Zumurudee from the Marco Botti yard. Owned by Sheikh Mohammed bin Khalifa al Maktoum (of Mubtaahij fame), Zumurudee is likewise expected to take the Dubai road to the Derby. Botti told Thoroughbred Daily News that if he handles the March 4 Al Bastakiya at Meydan, he’ll advance to the March 25 U.A.E. Derby (G2). Zumurudee is already well traveled in his young life, as a Kentucky-bred who sold for $50,000 at OBS last April. By Stormy Atlantic and out of a French-bred daughter of High Chaparral, he appears more naturally suited to turf. But he crushed a maiden on Wolverhampton’s Tapeta surface by 10 lengths, and thereby brings a profile reminiscent of 2014 U.A.E. Derby winner Toast of New York.

Renowned horseman Dermot Weld hasn’t attempted the Kentucky Derby, but he did send out Go and Go to romp in the 1990 Belmont S. (G1). Chances are he’s looking further down the road with his 2017 Triple Crown nominee, Irish-bred Solo Saxophone, who’s still unraced. The Moyglare Stud homebred is from the first crop of unbeaten phenom Frankel, and his dam is Grade 3-winning turf sprinter Society Hostess, the near-misser in the 2008 Santa Monica (G1) on Santa Anita’s old synthetic track.

Also unraced is Charles Fipke’s homebred Perfect Tapatino, in the care of Irish-based trainer Damian English. The French-bred son of Perfect Soul and Tapatina is a full brother to Billy’s Star, a stakes winner on Woodbine’s synthetic, and a half-brother to Grade 1 turf heroine Internallyflawless, from a potent turf family.

Fipke has another international nominee stationed much farther away in Bee Jersey, who is stabled in Dubai with Doug Watson. A Kentucky homebred by Jersey Town and out of a Rahy mare descended from the great broodmare Lassie Dear, Bee Jersey was listed as sold for $250,000 at Keeneland September. He has shown speed before placing in both of his starts on Meydan’s dirt. His conquerors are potentially useful types – Godolphin’s Capezzano, and particularly the Mike de Kock-trained Fawree.

Continue to Part 2 for Japan’s nominees… 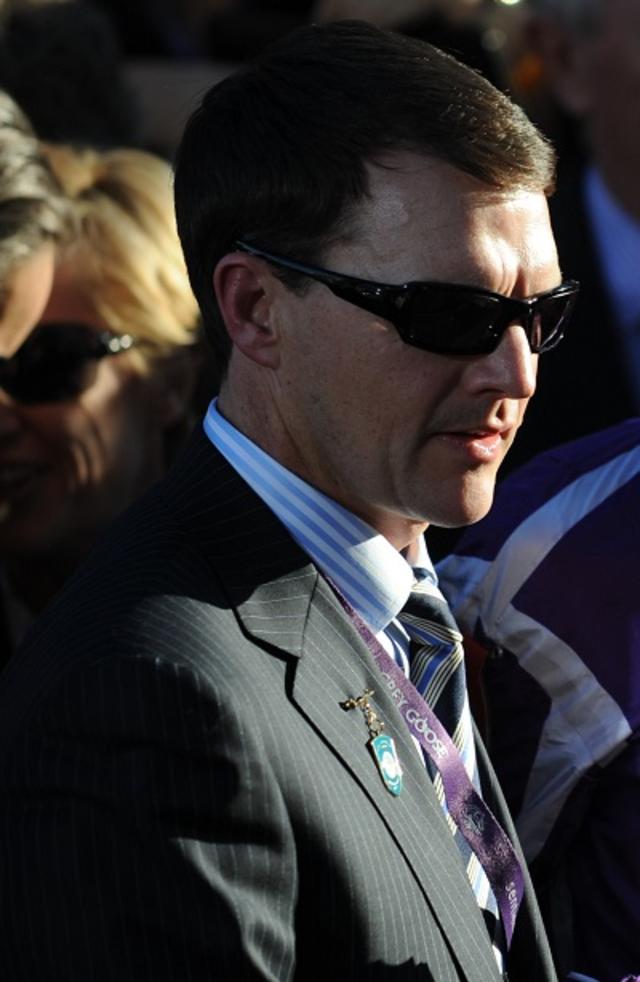