Mind Control showed speed from the start and turned back multiple challenges posting a front-running victory in the $150,000 Jerome at Aqueduct. The New Year’s Day feature served as a Road to the Kentucky Derby series qualifier and Mind Control picked up 10 points toward a berth in the first leg of the American Triple Crown.

John Velazquez was up for Greg Sacco on the son of Stay Thirsty.

Campaigned by the Brunetti family’s Red Oak Stable and Sol Kumin’s Madaket Stables LLC, Mind Control shrugged off early pressure from Souper Jackpot and withstood the stretch bid of runner-up Our Braintrust before edging away late to a 1 ½-length decision. The bay sophomore completed the one-turn mile in 1:39.06 on the drying-out track rated as “good.”

A maiden winner in his second career start at Monmouth Park, Mind Control followed with a wire-to-wire triumph in the Hopeful (G1) at Saratoga in early September. He was entered to the Breeders’ Futurity (G1) a month later but wound up being scratched after drawing post 13 at Keeneland. The New Jersey-based colt trained up to the November 2 Breeders’ Cup Juvenile (G1) at Churchill Downs but a poor start doomed his chances, and Mind Control rallied belatedly past rivals to finish a non-threatening seventh.

Favored at 3-2 over six rivals, Mind Control has now earned $323,400 from a 5-3-1-0 record. He must still prove himself at two turns and may not have beaten much in this spot, but the Jerome proved to be an encouraging start to his three-year-old season.

Our Braintrust, who made his first start in a Kentucky Derby qualifier after a second in the restricted Maryland Juvenile Futurity at Laurel Park, left the starting gate at 9-1 and finished four lengths clear of third-placer Family Biz, who was bet down late to 4-1 in his first attempt against winners. It was another half-length to Gates of Dawn in fourth, and Souper Jackpot and Direct Order came next under the wire.

Mind Control was bred in Kentucky by Red Oak Stable and hails from the stakes-winning Lightnin N Thunder mare Feel That Fire. 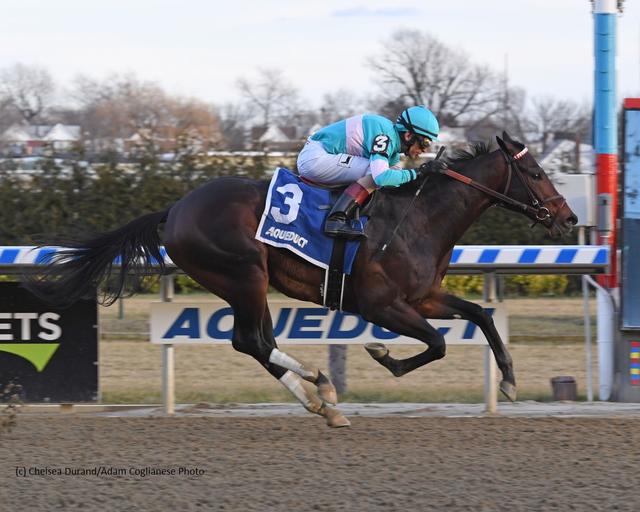