Motion Emotion will try to burnish her Kentucky Oaks credentials when she lines up for Friday’s $500,000 Fantasy (G3) at Oaklawn. The 1 1/16-mile race serves as one of the final major prep races in the Road to the Kentucky Oaks series and awards a total of 170 points to the top four finishers (100-40-20-10).

After posting convincing wire-to-wire wins over maiden and entry-level allowance foes, Motion Emotion left the starting gate as the even-money favorite in the March 9 Honeybee (G3) at Oaklawn and led until deep stretch before finishing second. Churchill Downs-based Thomas Van Berg trains the daughter of Take Charge Indy and Mike Smith picks up the mount on the likely pacesetter.

Three-time Kentucky Oaks winner Todd Pletcher will send Orra Moor postward. A runaway winner of her first two starts, the Orb filly exits a close third as the favorite in her stakes debut, the March 9 Busher at Aqueduct. Luis Saez takes over the reins on the dark bay filly.

Brill returns to the Hot Springs, Arkansas oval for Jerry Hollendorfer. Third in the Chandelier (G1) at Santa Anita in her juvenile finale, the $1 million two-year-old purchase opened 2019 with a runner-up in a March 22 allowance at Oaklawn. Florent Geroux rides the Southern California-based daughter of Medaglia d’Oro.

A total of 12 fillies are entered and Grade 3 winner Oxy Lady must overcome the extreme outside post position. The Calumet Farm homebred exits a runner-up in the Busher and Declan Cannon will be up for Jack Sisterson. 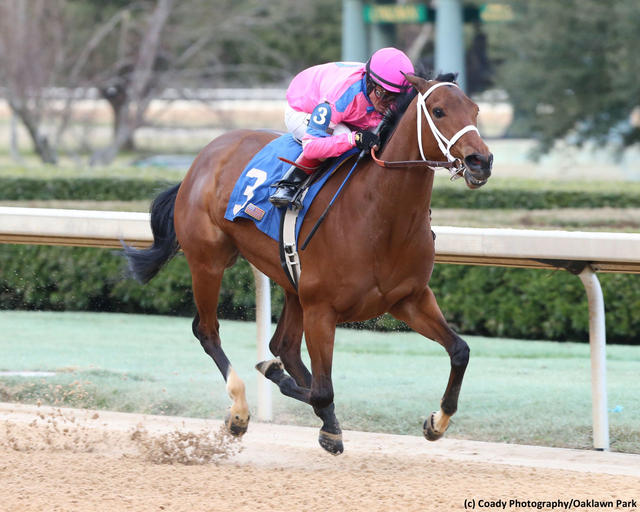