Nadal answers all questions and then some in Rebel win 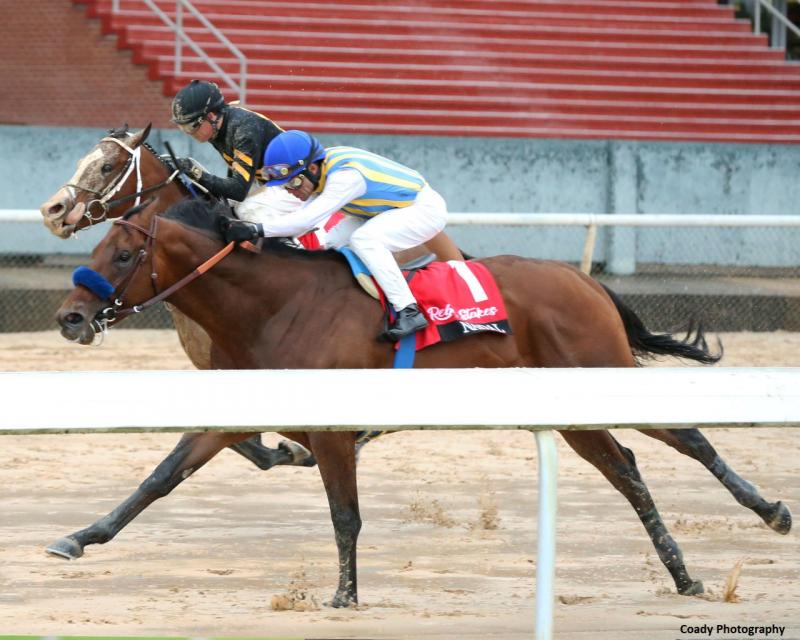 HOT SPRINGS, Ark. -- The connections of Nadal knew he was getting a big test in the $1 million Rebel (G2) at Oaklawn Park on Saturday, and not only did the Blame colt ace the test but also earned extra credit.

"He may be special," co-owner George Bolton said. "He went fast and then went faster and never wavered. For a race to take pressure and then accelerate late to get a win -- that's special."

"We were hoping for that outcome," trainer Bob Baffert said. "We knew he was a good horse, but until they go two turns...”

Nadal won both his career starts, but those were in sprints at trainer Bob Baffert's Santa Anita base. Despite other speed signed on in the Rebel, and this being Nadal's two-turn debut, the instructions to jockey Joel Rosario were clear.

"We knew this was a new challenge for him, and throw in the one hole (rail post position), but the instructions to Joel were clear: we want the lead," Bolton said. "We realized that might cause some oxygen debt later in the race, but this is his game; this is how he wins."

Nadal battled early through a :22.89 first quarter and a :46 half. American Theorem and No Parole dueled with him early before fading to seventh and last of 8, respectively. Nadal then kept going through six furlongs in 1:11.38 and a mile in 1:38.44 before finishing in 1:44.97, three-quarters of a length ahead of Excession.

"The way it set up—the speed duel and all—pretty impressive when they can just keep going like that," Baffert said. "Only the really good ones can do that."

"I always felt like I had horse," Rosario said. "He's big and just muscles into position."

Nadal's size was seen as a red flag by some at the 2019 Fasig-Tipton March 2-year-olds in training sale, but Bolton and his team that included bloodstock agent Kerri Radcliffe loved how he moved while working fast --enough that Bolton and his partners Arthur Hoyeau, Barry Lipman, and Mark Mathiesen paid $700,000.

"We figured if he's that big and can work that fast that we might have something here," Bolton said.

The win gives Nadal 50 points on the Road to the Kentucky Derby leaderboard, good for third position ahead of three others with 50 points by virtue of the earnings tiebreaker. Runner-up Excession's 20 points is good for 13th. Basin finished third, a neck ahead of Three Technique. 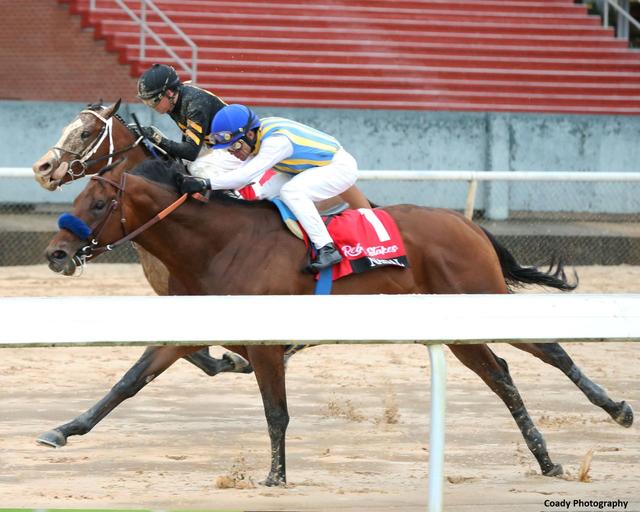