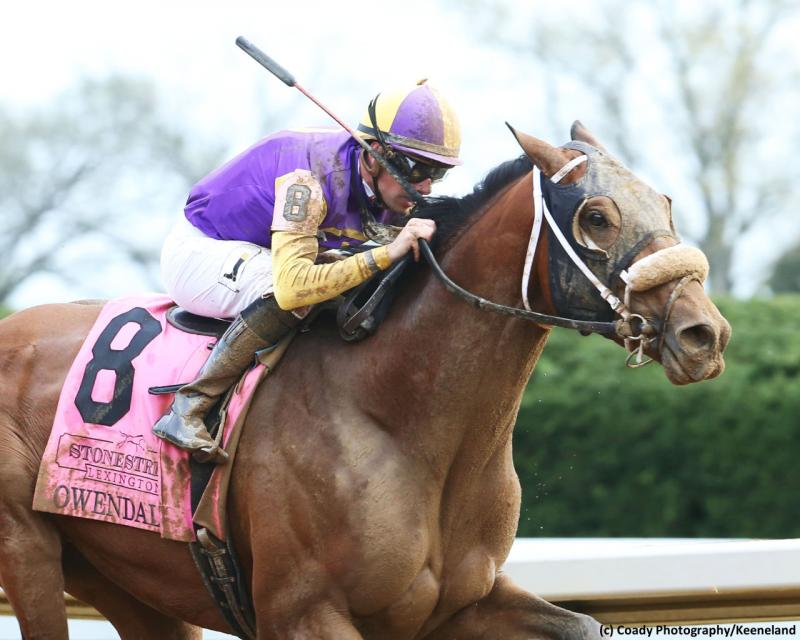 Owendale began passing rivals on the far turn and accelerated to a clear lead entering the short stretch of Saturday’s $200,000 Lexington (G3) at Keeneland. Anothertwistafate tried to rally into contention along the inside but couldn’t threaten Owendale, who recorded his first stakes win with the 12-1 upset. Florent Geroux picked up the mount for Rupp Racing and Brad Cox.

The penultimate qualifier in the Road to the Kentucky Derby series, the 1 1/16-mile Lexington awarded points on a 20-8-4-2 scale and Owendale could point for the May 18 Preakness (G1) after garnering his first points. His 1 ¾-length victory hurt Anothertwistafate’s Kentucky Derby chances. Favored at 7-5 after winning the El Camino Real Derby winner and finishing second in the Sunland Derby (G2), Anothertwistafate increased his total to 38 and will need defections to make the 20-horse field from the 21st spot on the leaderboard entering the Arkansas Derby (G1).

Anothertwistafate held second by a 1 ¼-length margin over 7-2 second choice Sueno, who was exiting a third in the Louisiana Derby (G2) and will need help to make the Kentucky Derby with 32 points. It was another five lengths back to Knicks Go in fourth.

“(I lost) a little (ground) but gained momentum (going wide),” Geroux said.” The horse was running really quick, and it was time to go. I just tipped him out, tapped him twice.”

“Last race, we felt like he ate too much dirt, and he kind of backed out down the backside and then had too much to do,” assistant trainer Ricky Giannini said of Owendale. “Today, he ate the same amount of dirt. I think he’s just maturing and turning into a good horse.  He’s always trained like it and today he put it all together and got the job done.”

“I wish I had a better trip,” said Javier Castellano, rider of Anothertwistafate. “I was in tight all the way, and the two horses in front stopped early. But I kept coming and saved ground. The winner got the jump and in the meantime I was bottled up inside on the rail looking for room, and I didn’t have any room.” 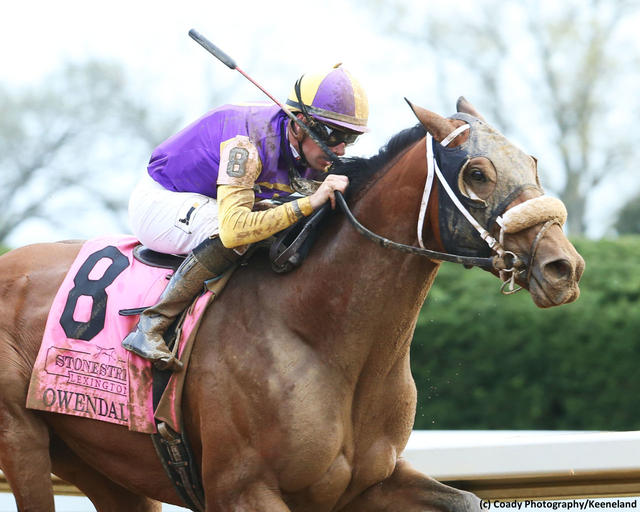