For the past few years, I’ve written a “pedigree fun facts” story including all the contenders for Kentucky Derby week. This year, we’ll get the fun started early by exploring pedigrees as the Derby hopefuls raise their profiles on the trail.

Authentic is the newest face to emerge, thanks to a 7 3/4-length romp in his stakes and two-turn debut in Saturday’s Sham (G3). So we’ll let the unbeaten Bob Baffert trainee kick off our series.

From the sire line of breed-shaper Northern Dancer, the 1964 Kentucky Derby (G1) and Preakness (G1) champion, Authentic descends via the Storm Cat branch. He’s by Into Mischief, the leading North American sire of 2019, who is himself a half-brother to multiple champion Beholder and Mendelssohn. Into Mischief has been an influence more for brilliance than stamina – see his Breeders’ Cup Filly & Mare Sprint (G1) heroine Covfefe – but his son Audible was third in Justify’s Kentucky Derby, and Owendale was third in last year’s Preakness.

Authentic comes from the same female line as current Kentucky Oaks (G1) hopeful Lake Avenue, who rolled in the Dec. 7 Demoiselle (G2). Her dam is multiple Grade 1 winner Seventh Street, a half to venerable Dubai sprinter Reynaldothewizard. Another notable sprinter in the family is Undrafted, hero of the 2015 Diamond Jubilee (G1) at Royal Ascot.

Tracing the direct matrilineal ancestry much further, Authentic belongs to the family labeled 3-n. That means he descends from the same tap root mare as other members of the 3-n family. Only one Kentucky Derby winner so far shares that matrilineal heritage – Dark Star (1953), who handed Hall of Famer Native Dancer his lone career loss that day.

Native Dancer is a significant building block in modern pedigrees, as the paternal grandsire of Mr. Prospector and the broodmare sire of Northern Dancer. Although he’s too far back to appear by name in Authentic’s five-cross pedigree, Native Dancer is represented not only by them, but by other descendants. Chief among them are his son Dancer’s Image and grandson Icecapade. Dancer’s Image, famously disqualified from his 1968 Kentucky Derby win, is an ancestor of Mr. Greeley. Icecapade, a half-brother to the legendary Ruffian, figures twice – once on Into Mischief’s side and again on the dam’s side as the sire of Wild Again.

His nearer relations, however, are more speed-oriented as J. Keeler Johnson explains in his Kentucky Derby pedigree profile on TwinSpires.com. 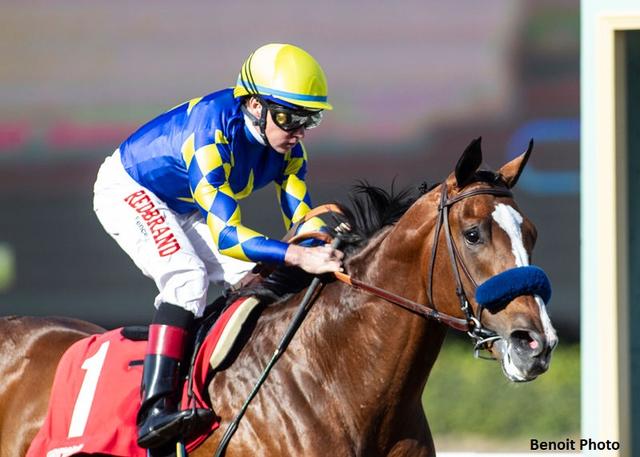