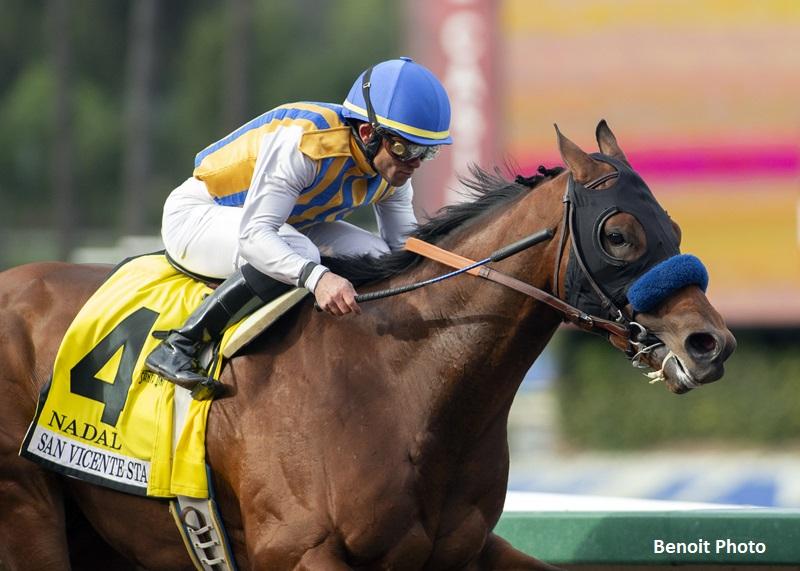 Yet to contest a points race, or even try two turns, Nadal nevertheless proved a popular choice in Pool 2 of the Kentucky Derby Future Wager that ran Feb. 7-9. Indeed, the Bob Baffert trainee was bet down to 8-1 odds – the same as Tiz the Law – to rank as individual favorites.

Nadal is 2-for-2 so far in sprints at Santa Anita, following up an emphatic maiden win with a grittier decision in the San Vicente (G2). He showed determination worthy of his namesake, tennis great Rafael Nadal, but it remains to be seen if he’ll have the same staying power.

The Derby hopeful is expected to stretch out in the March 14 Rebel (G2) at Oaklawn Park. In the meantime, we can entertain ourselves with his pedigree.

Nadal comes from the male line of another named for a superior athlete, Roberto. Honoring Roberto Clemente of the Pittsburgh Pirates, Roberto was a homebred for Pirates owner John Galbreath.

The equine Roberto was sent to master trainer Vincent O’Brien in Ireland, where he became the champion 2-year-old of 1971. He was even better at three, winning the Derby (G1) at Epsom and upsetting the Benson and Hedges Gold Cup (G1) (the race now known as the Juddmonte International) at York. In the latter, Roberto handed the all-time great Brigadier Gerard his sole career defeat.

Roberto was hailed as England’s champion 3-year-old colt of 1972, and in a tragic twist of fate, the baseball legend was killed in a plane crash on the last day of that very year. The horse added the Coronation Cup (G1) to his resume in 1973, and later that summer, Clemente was enshrined in the Hall of Fame.

One of Roberto’s sons, Dynaformer, has sired a Kentucky Derby winner in Barbaro (2006). Nadal, being by Blame, descends from a different branch of the line. Blame is by Arch, a son of the Roberto stallion Kris S.

Blame achieved a feat reminiscent of his great-grandsire in upending a hitherto unbeaten superstar – in his case, thwarting Zenyatta’s title defense in the 2010 Breeders’ Cup Classic (G1) at Churchill Downs. The Eclipse Award winner as that season’s champion older male, Blame is beautifully bred on his dam’s side as well. He shares the same female line as influential stallions Sadler’s Wells and Nureyev. 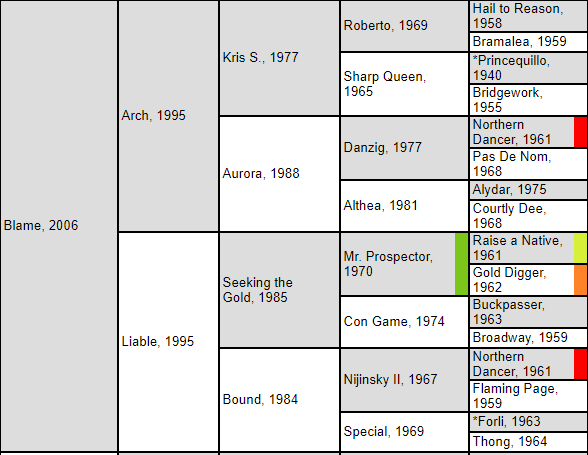 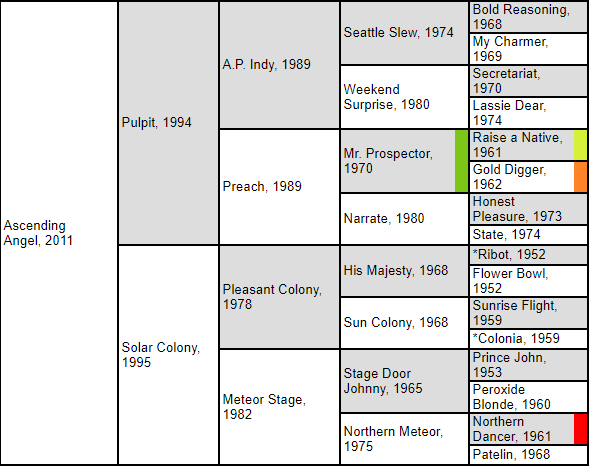 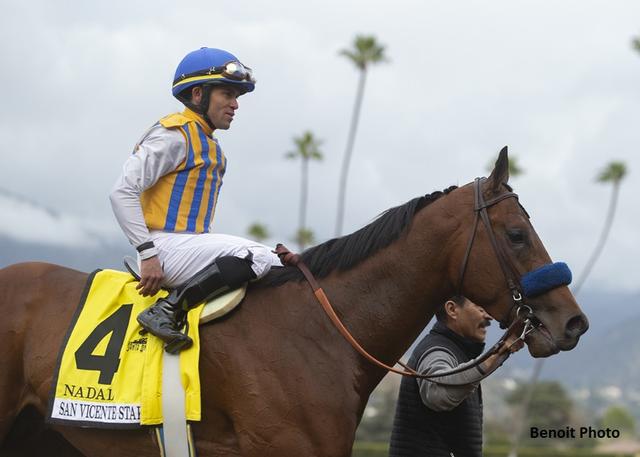