The Holy Bull awards points on a 10-4-2-1 scale to the top four finishers. It’s the first of three Road to the Kentucky Derby series qualifiers at Gulfstream.

Pletcher also has entered Amount, who stamped himself as a colt to watch when rallying to win his initial outing going away by a 5 3/4-length margin on Dec. 26. Luis Saez will replace Irad Ortiz aboard the chestnut son of Curlin.

Greatest Honour merits respect for Kentucky Derby winner Shug McGaughey following a sharp maiden tally at Gulfstream on Dec. 26. The Tapit colt was flattered when third-placer Another Duke came back to break his maiden on the Pegasus World Cup undercard last Saturday.

Jirafales, Tarantino, and Willy Boi round out the field. 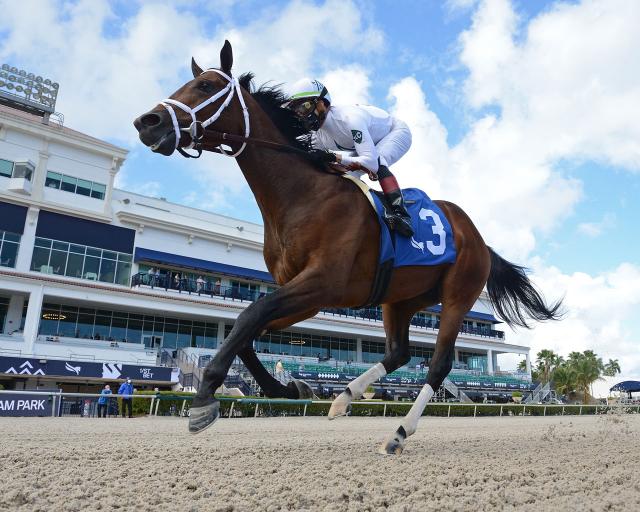