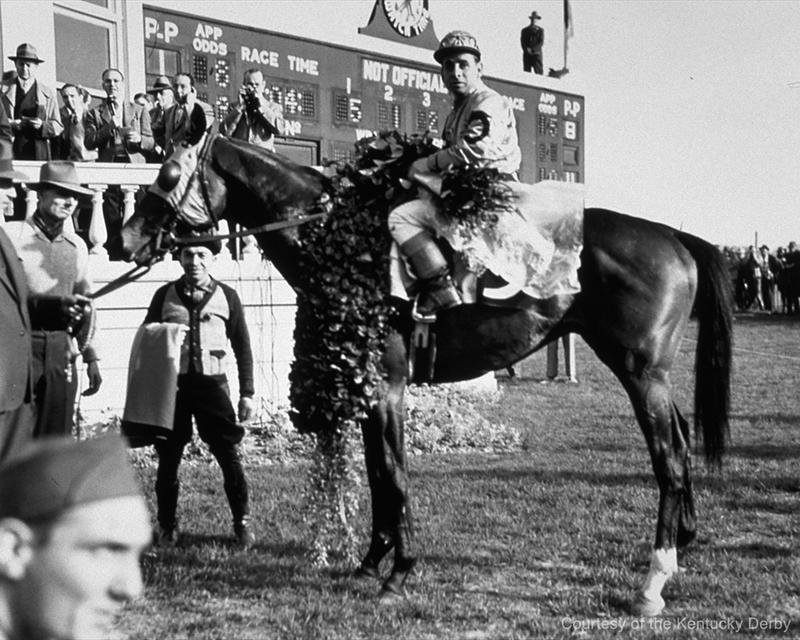 While sweeping the Triple Crown is a huge deal, there's usually a lot more to a racing campaign than just three races compressed into a five-week span (give or take a week in the history of the series). The 13 Triple Crown winners have that one thing in common, but the rest of their 3-year-old campaigns varied tremendously.

Here's one opinion on how the Triple Crown winners' sophomore campaigns rank in comparison with each other's.

If a year-end championship poll had existed at the time, chances are Omaha would have been the only Triple Crown winner not voted Horse of the Year. Didn't race beyond July 20, before which he was soundly beaten by the leading older horse, Discovery, by a dozen lengths in the Brooklyn H.

A maiden when he won the Kentucky Derby, he quickly established himself as the leading 3-year-old in the country. Met some reversals later in the season, usually when conceding actual weight or weight on the scale to older rivals. Narrowly beaten in the latter circumstances by the top older horses that year, Cudgel and Exterminator, in the Havre de Grace H.

Had a blink-and-you-miss-it career of six races over the span of less than four months. Won only the Santa Anita Derby (G1) in addition to the classics, soon after which he was retired due to a leg injury. Hard to hold a stronger opinion based on limited evidence.

Enjoyed an undefeated campaign, though was out of training throughout the summer after incurring an injury while winning the Belmont. Won the only stakes open to older horses he contested, though that did not attract the best of the division, Seabiscuit, who might have given him a major run for his money.

Loses points on the basis of a mid-season slump, in which he lost six races in a row, but rebounded to beat older horses twice in the Pimlico Special and Westchester H. at the end of his campaign. Lost two of three encounters to Stymie, arguably the second best older horse of that year behind Armed.

Preceded his Triple Crown sweep with facile victories in the Flamingo (G1) and Wood Memorial (G1), and proved untouchable in the Crown itself while becoming the first horse to make the sweep while undefeated. Simply wheeled back too soon in the Swaps (G1) at Hollywood Park, won by a horse he had soundly trounced in the Preakness (G1). A suspension of one of his part-owners prevented him from starting in the better fall races, in which he presumably would have been highly competitive.

Beaten only once all season, to 100-1 chance Jim Dandy in the Travers over a heavy track. Rebounded to win his final three starts, including the Saratoga Cup and Jockey Club Gold Cup open to older horses, but didn't face the best of that division in either race.

Dominated his pre-Derby campaign in California with scores in the Santa Anita Derby (G1) and Hollywood Derby (G1), but after his disqualification from first in the Travers (G1) he appeared a spent force in comparison to older rivals Seattle Slew and Exceller in the Marlboro Cup (G1) and Jockey Club Gold Cup (G1), respectively. His effort in the Marlboro Cup holds up well historically, though, and was already a likely victim of a hot pace with "Slew" before his saddle slipped in the Gold Cup.

Never worse than second in 13 stakes appearances during the season, and losses in the two races open to older horses he attempted -- the Narragansett Special and the Jockey Club Gold Cup -- were actually to fellow 3-year-olds. Earns special recognition for being the only Triple Crown winner ever to officially win the Travers, widely considered the best race for 3-year-olds outside the classics.

Dominant in his Derby preps at Oaklawn Park, he won two of his final three starts, including an incredible performance in the Breeders' Cup Classic (G1) at Keeneland in his only try against older rivals. Shocking Travers defeat, a narrow one at that, the result of aggressive rival tactics and the winner was a horse he routinely beat the rest of the season.

Although not raced again after the Belmont due to injury, his body of work was greater than, say, Justify's. Swept the Crown by a combined margin of 36 lengths, 25 of which was in the Belmont. Arguably would have handled an older division led by Devil Diver just fine if fate had not intervened.

Certainly a candidate for number 1 with a 16-for-17 record in stakes company and 19-for-20 record overall. Only loss was a throwaway attempt in the 6-furlong Chesapeake Trial at Havre de Grace to Saggy (future sire of 1961 Kentucky Derby winner Carry Back), and he won the actual Chesapeake by 4 1/2 lengths. Won six stakes open to older horses over all sections of the country. Simply never met a horse that tested his greatness until after his return from injury in 1950.

Took more lumps during the course of his season than Citation did during his, but also faced vastly better competition by comparison. That was certainly the case in the Marlboro Cup, Man o' War (G1), and Canadian International (G2), the latter two of which showed him to be one of the greatest turf horses of all time, too. The routine setting of stakes and track records by his own volition, most of which still exist after nearly a half-century, also enhanced the quality of his campaign. 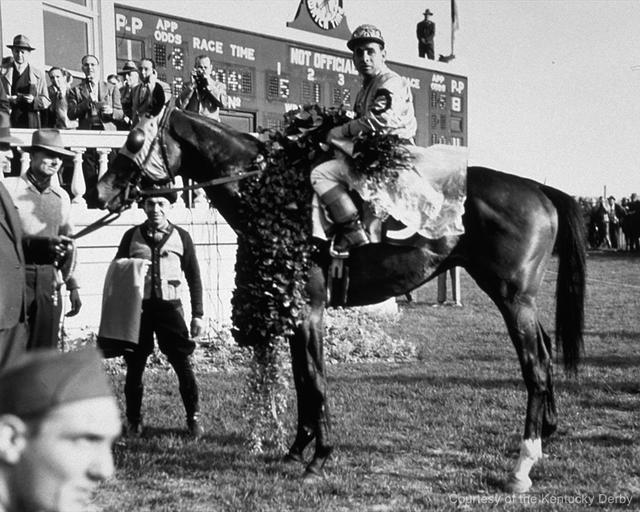