NYRA oddsmaker David Aragona has installed Risk Taking as the slight 5-2 favorite on the morning line. The Medaglia d’Oro colt has won two straight at the 1 1/8-mile distance for Chad Brown, including a rallying 3 3/4-length decision in the Feb. 6 Withers, and the improving three-year-old will be reunited with leading rider Irad Ortiz Jr., who was up for his first two starts.

Prevalence comes next at 3-1 on the morning line. A smashing 8 1/2-length debut winner in late January, the Godoplphin homebred son of Medaglia d’Oro exits a three-length decision over entry-level allowance foes at Gulfstream on March 11. Tyler Gaffalione retains the mount on the Brendan Walsh-trained colt, who has received support in the Kentucky Derby Future Wager pools.

Weyburn and Crowded Trade, the respective top two in the March 6 Gotham S. (G3) at Aqueduct, are back for the Wood Memorial. Weyburn will stretch to two turns after returning from a three-length layoff to post a 46-1 upset last time. Crowded Trade missed by only a nose while making only his second career start for Brown in the Gotham. The promising colt also will make his two-turn debut on Saturday.

Brooklyn Strong, last seen winning the Remsen S. (G2) in early December, is also one to consider. The New York-bred gelding has been training forwardly at Parx for trainer Danny Vasquez in preparation for his return from a lengthy layoff. Sam F. Davis S. (G3) winner Candy Man Rocket will try to rebound after an unplaced effort as the favorite in the Tampa Bay Derby (G2).

A trio of expected longshots – Bourbonic, Dynamic One, and Market Maven – complete the field. 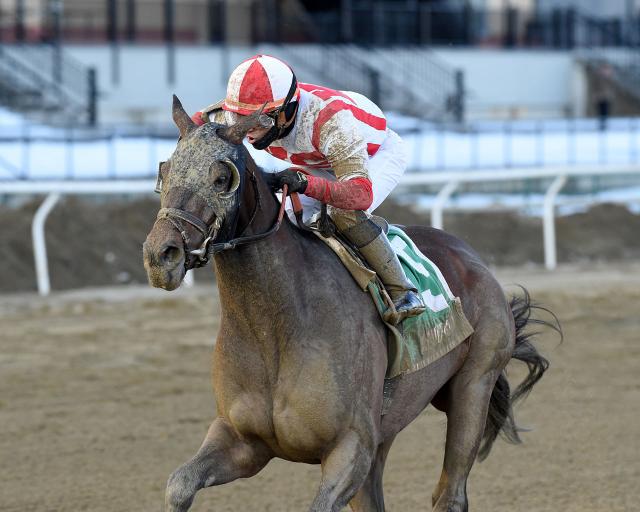