The winner of the first scoring race on the Japan Road to the Kentucky Derby, Ruggero, has kept his possible dreams of Churchill Downs alive as one of three Japanese-based nominees to the 2018 Triple Crown.

Unfortunately, the same can’t be said of his colleague Le Vent Se Leve, who shot to the top of the Japanese leaderboard in December, or indeed the other promising juveniles we saw on the Japan Road last fall.

Le Vent Se Leve, the highest-rated dirt juvenile in Japan last year, has reportedly been sidelined by injury. That’s a real shame, since the unbeaten colt confirmed his big reputation in the December 13 Zen-Nippon Nisai Yushun, the second points race on the Japan Road. Although tied with Ruggero at 10 points, Le Vent Se Leve ranked as the series leader by virtue of his lifetime career earnings ($463,935) compared to Ruggero’s ($178,045).

Ruggero earned his 10 points in the November 25 Cattleya Sho over a metric mile at Tokyo, which marked his dirt debut. The Yuichi Shikato trainee began his career on the turf, befitting a son of Japanese champion sprinter Kinshasa no Kiseki. After winning his July 29 unveiling at about seven furlongs at Niigata, Ruggero stepped up to a grassy mile without success. He finished third in a Nakayama allowance and a non-threatening eighth in Tokyo’s Saudi Arabia Royal Cup (G3) behind eventual Japanese champion two-year-old colt Danon Premium.

While his switch to dirt in the Cattleya Sho got him back into the winner’s circle, Ruggero wasn’t necessarily decisive in beating Mic Ben Hur and the surging Meiner Yukitsubaki by a half-length. Meiner Yukitsubaki, by 2012 Kentucky Derby and Preakness (G1) champion I’ll Have Another, shaped as the type to improve with more distance, but he hasn’t progressed in two subsequent allowance losses. Mic Ben Hur has similarly cast doubt on the Cattleya Sho form with three ensuing losses in allowance company.

Ruggero is expected to return to action in the final Japanese points race, the February 18 Hyacinth at the same track and trip as the Cattleya Sho. We’ll find out more about him there, especially if he runs into a couple of smart opponents who weren’t nominated to the Triple Crown by the early January 20 deadline.

A notable example is Don Fortis. Third on the Japan Road leaderboard, after his rallying second to Le Vent Se Leve last time out, Don Fortis is not Triple Crown nominated. Neither is the very intriguing Mr Melody, a Kentucky-bred son of Scat Daddy (same sire as Aidan O’Brien’s top Kentucky Derby candidate, Mendelssohn), who’s won two of four starts and placed second twice. Both of his victories have come at Tokyo, a record-setting debut romp (over subsequent three-time winner Ryono Tesoro) and a February 3 allowance. Might Mr Melody’s connections come right back for the Hyacinth?

A similar point about timing goes for Kentucky-bred Triple Crown nominee Copano Kicking. Kicking off his career in eye-catching fashion on Super Bowl Sunday, he ran off by eight lengths in an about six-furlong maiden at Kyoto. Watch how the dark bay gelding breezes to the front and leaves them standing:

Fans of Japanese racing will recognize the “Copano” first name, as owner Sachiaki Kobayashi has campaigned a couple of other high-profile horses with that moniker. The best was Copano Rickey, a Japanese champion dirt horse who concluded his decorated career with a victory in the December 29 Tokyo Daishoten (G1). Copano Kicking has the same trainer as Copano Rickey, Akira Murayama.

Purchased for $100,000 as a two-year-old in training at Fasig-Tipton Florida, Copano Kicking is by Spring at Last, the 2007 Donn H. (G1) winner, and out of a mare by Japanese-bred Gold Halo.

Owner Kabayashi also nominated Work and Love, a son of 2006 Blue Grass (G1) victor and Kentucky Derby also-ran Sinister Minister from a Medaglia d’Oro mare. Trained by Hidetaka Tadokoro, Work and Love has been at his best on a fast track, with his only disappointments coming in the slop and on turf. Still, his form is a little questionable.

A near-misser first up at Tokyo, and fifth at a muddy Kyoto, he found his preferred running style as a deep closer and got up by a neck at Chukyo December 2. Work and Love wheeled right back just a week later, going the same about nine-furlong distance at Hanshin, and rallied from last in time.

Next came an ambitious tilt at the Hopeful (G1) on the Nakayama turf. The 217-1 second-longest shot on the board, Work and Love ran like it when trailing home last of 16. A return to dirt would help.

Three other early Triple Crown nominees are based in Asia, but toward the opposite side of the continent in Dubai, with trainer Doug Watson.

A half-brother (by Tiznow) to Complimenti, Big Brown Bear just debuted at Meydan February 3 and finished a distant fourth to the useful Yulong Warrior. He wasn’t helped by drawing post 13, but did well to maneuver over the rail and draft behind the winner. Since pedigree suggests he’ll be more effective going longer than the metric mile, Big Brown Bear turned in a reasonable first effort in the circumstances. It goes without saying he needs to build on this to emerge as a UAE Derby contender.

Watson’s remaining nominees are both Charles Fipke homebreds. Tale of Fire, by Tale of Ekati, won his debut at Fort Erie last July but has been beaten out of sight in his two appearances at Meydan. Seeking Sheba Town, by Jersey Town, has yet to make his racecourse debut.

February 6 update: Nominees for the March 31 UAE Derby (G2) have been announced, and Watson’s trio are among his eligibles for the $2 million contest on Dubai World Cup night. Japan is well represented too, with Ruggero and Copano Kicking on the UAE Derby list as well as several not nominated to the Triple Crown, including Don Fortis and Mr Melody.

For more on the international nominees to the Triple Crown, see the analysis of the European-based Kentucky Derby hopefuls. 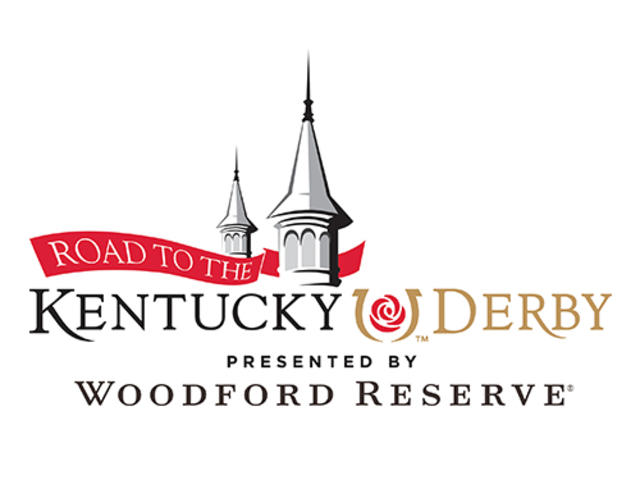