There have been 35 runnings of the Breeders’ Cup Juvenile (G1) dating back to 1984 when champion Chief’s Crown was a winner in the inaugural edition of the race at Hollywood Park. The marquee event on the calendar for two-year-olds has produced a bit of everything from a price standpoint since its inception. A total of 12 post-time favorites have made good in the Juvenile, but we have also witnessed four runners going post-ward at odds of 25-1 or greater light up the tote board since 1999.

The Breeders' Cup Juvenile has become a strong launching pad for the thoughts of 'what if' and branding a potential Kentucky Derby hopeful as a future favorite. The Breeders' Cup Juvenile is the most lucrative point awarding Road to the Kentucky Derby prep race until the Risen Star Stakes at Fair Grounds the following year, but even a win in the Championship doesn't guarantee success or even a Derby start.

In this piece, I will highlight some of the shortest priced Breeders' Cup Juvenile favorites that have failed to deliver in the two-year-old spectacle.

Breeders' Cup runners and their odds: 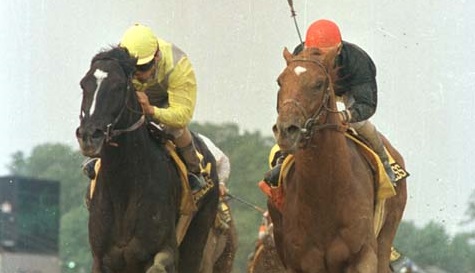 The son of Alydar, went off as the overwhelming 3-10 choice, but the colt could only manage second over a muddy surface at Churchill Downs under Pat Day. One of the best horses of his generation, the Hall of Fame recipient was a big winner of the 1989 Belmont S. (G1) after running second in both the Kentucky Derby (G1) and Preakness Stakes (G1).

Bob Baffert’s California-bred was sent postward at 3-5 odds at Belmont Park off the strength of his four dominant wins in the Golden State. Facing his biggest test of the season, Officer was dueling for the lead turning for home but gave way late in a race won by dual-continent star Johannesburg.

The son of Deputy Minister was five-for-six heading into the Juvenile with wins in the Champagne Stakes (G1) and Hopeful Stakes (G1) during his standout season. But as the 3-5 favorite at Santa Anita, the bay was a non-factor in the stretch and faded to an eighth-place finish.

At Del Mar, unbeaten Bolt d’Oro came into the Juvenile a perfect three-for-three with a pair of wins on the surface and a stylish romp in the FrontRunner Stakes (G1). But the Mick Ruis trainee had a wide trip throughout as the 7-10 favorite, and he finished a distant third behind subsequent champion Good Magic.

This son of Mr. Prospector romped home by more than nine lengths in the Champagne Stakes (G1) at Belmont Park and went off as the even-money choice at Aqueduct. Following a troubled break, the Leroy Jolley pupil made a threatening run approaching the turn for home but was flat in the stretch and came home sixth. Legendary stallion Storm Cat finished second in the event.

The Michael Matz trainee ran a winning race in defeat when finishing a head second to Hansen despite a wide trip at 1-1 odds in beneath the Twin Spires. The son of Dixie Union was far from finished with his racing career, though, and he went on to bag the 2012 Belmont Stakes (G1) in his final career race.

This Frank Brothers pupil is another example of a horse running quite well, but just not good enough on the day. At Belmont Park, the then-unbeaten son of Giant’s Causeway loomed large in midstretch but had no answer inside the final furlong when coming home a creditable third at a 6-5 price.

The Sat Lake colt had a smart two-year-old campaign leading up to the Juvenile, topped by an impressive closing run to win the Champagne Stakes (G1). And while the David Donk trainee put in a solid effort at Woodbine, he could only muster third at 7-5 odds behind Boston Harbor.

This Steve Asmussen trainee had an impressive campaign leading up to the Juvenile including a runaway score in the Futurity Stakes (G1). But he failed to bring his best to Santa Anita, when the son of Carson City faded quickly to finish last beneath Jerry Bailey at 8-5 odds.

Nick Zito’s impressive Champagne S. (G1) winner was among the biggest Juvenile flops when going off as the 2-1 favorite at Churchill Downs. The A.P. Indy colt stopped early and checked in last under Jorge Chavez. He would make amends, however, by finishing second in both the Preakness Stakes (G1) and Belmont Stakes (G1) in 2001. 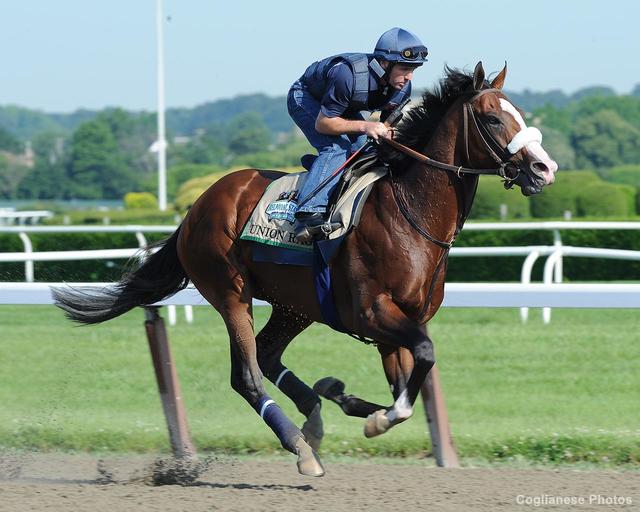