Spielberg tops eight-horse American Pharoah; Princess Noor the one to beat in Chandelier 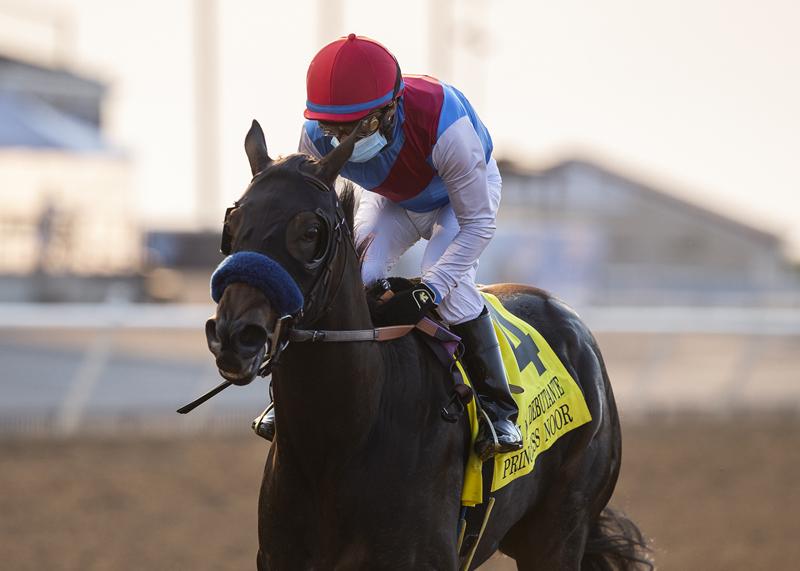 Hall of Fame trainer and six-time Kentucky Derby winner Bob Baffert has the leading contenders for a pair of 2-year-old stakes at Santa Anita Saturday, with Spielberg topping a field of eight males in the $300,000 American Pharoah (G1) and Princess Noor towering over four fillies in the $200,000 Chandelier (G2).

Along with being “Win & You’re In” events for the Breeders’ Cup Juvenile (G1) and Juvenile Fillies (G1), both 1 1/16-mile races will award points as qualifiers for the Kentucky Derby (G1) and Kentucky Oaks (G1) next spring.

After finishing second to Dr. Schivel in a maiden special weight and the Sept. 7 Del Mar Futurity (G1), Spielberg won’t have to face that rival in the American Pharoah. Purchased for $1 million at last year’s Keeneland September yearling sale, the chestnut son of Union Rags has shown good speed in his starts, and Spielberg figures to be forwardly placed with new jockey Luis Saez.

Best Pal (G2) winner Weston will try to rebound from his first career setback, a non-threatening third in the Del Mar Futurity. A bargain $7,000 son of Hit a Bomb, the Ryan Hanson-trained gelding will be forwardly-placed under Drayden Van Dyke. Get Her Number switches to the main track after a close fourth as the favorite in the Del Mar Juvenile Turf S., and Flavien Prat retains the mount for Peter Miller. Last-out maiden winners Waspirant and Notable Exception can’t be dismissed from consideration.

Princess Noor will be an odds-on favorite in the Chandelier after romping in her first two starts. A $1.35 million 2-year-old purchase by freshman sire Not This Time, the dark bay filly was under a hold most of the way winning by a 2 1/2-length margin over maiden special weight rivals at Del Mar in late August. She came back two weeks later and Victor Espinoza let her run a little more in the Sept. 6 Del Mar Debutante (G1), with Princess Noor scoring easily by 6 1/2 lengths.

Owned by Zedan Racing Stables, Princess Noor registered a 96 Brisnet Speed rating last time, much faster than any of the males in the American Pharoah. She will break from the rail post on Saturday, and Princess Noor can cement her status as the favorite for Nov. 6 Breeders’ Cup Juvenile Fillies at Keeneland.

Baffert has three of the five runners. Saez picks up the assignment on Del Mar Debutante (G1) third-placer Illumination. Baffert will also send out Varda, a 3 1/4-length debut winner at Del Mar on Aug. 30. The Distorted Humor filly will have Van Dyke in the saddle.