Swiss Skydiver prevailed by a neck over Kentucky Derby winner Authentic after a thrilling stretch duel in the $1 million Preakness (G1) at Pimlico, becoming only the sixth filly to win in the 145-year history of the Triple Crown race.

She’s trained by Kenny McPeek, who notched his second Triple Crown race victory after taking the 2002 Belmont Stakes with Sarava. Robby Albarado picked up the mount on the chestnut filly and launched a decisive inside move entering the far turn after stalking the pace down the backstretch.

Swiss Skydiver advanced to take a short lead from Authentic rounding the bend, and she determinedly maintained a slim advantage while Authentic tried vainly to get past through the stretch. The gutsy daughter of Daredevil kept finding more, and Swiss Skydiver finished the 1 3/16-mile distance in a swift 1:53.28.

It was the second-fastest Preakness ever, with the mighty Secretariat setting the track mark (1:53) in 1973.

For the first time, the Preakness concluded the Triple Crown. And there were three different winners. Tiz the Law won the June 20 Belmont Stakes in convincing fashion. Authentic turned back Tiz the Law in the Sept. 5 Kentucky Derby, scoring by 1 1/4 lengths.

Swiss Skydiver won the Gulfstream Park Oaks (G2), Fantasy (G3), and Santa Anita Oaks (G2) before finishing second against males in the Blue Grass (G2) at Keeneland in July. She captured the Alabama (G1) at Saratoga before experiencing a less-than-favorable inside trip from post 1 in the Kentucky Oaks, finishing second to Shedaresthedevil. 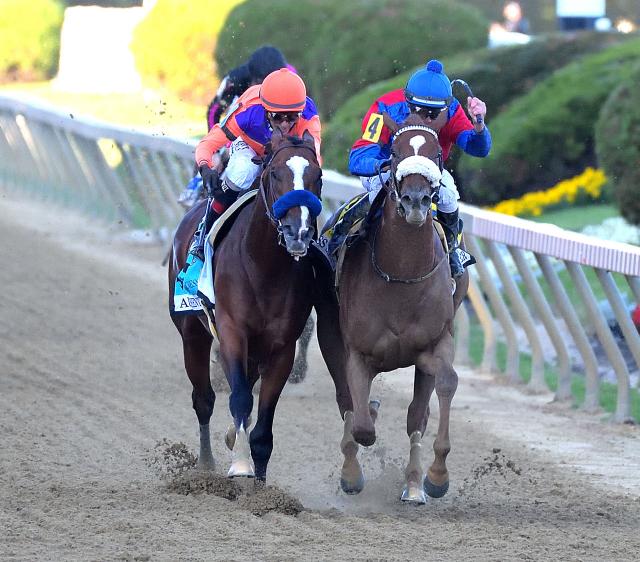