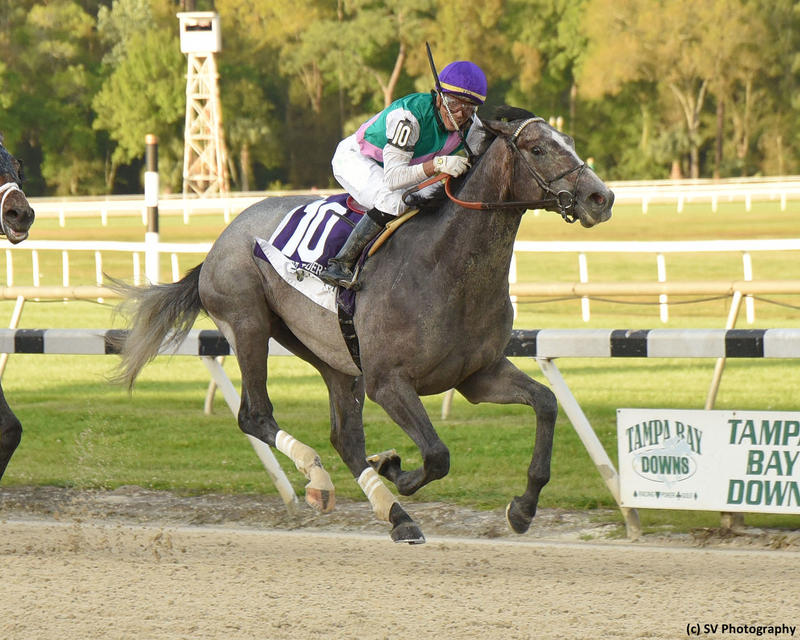 There were no late surprises when the field for the 150th running of the Travers (G1) was drawn Tuesday evening as the one dozen three-year-olds under consideration 24 hours earlier were all entered for the 1 1/4-mile "Midsummer Derby."

Up until the defections of Maximum Security and Game Winner late last week, the Travers had the potential of clarifying the championship picture for the three-year-old males. While that will have to wait for next month's Pennsylvania Derby (G1), the Travers is sure to enhance or diminish the credentials of several participants.

Tacitus, the morning line favorite at 5-2, looks to snap a streak of minor awards earned in the Kentucky Derby (G1), Belmont S. (G1), and Jim Dandy (G2), the latter due to a poor start that he could not overcome. The son of Tapit adds blinkers for the Travers.

"I think, at the end of the day, good horses will overcome things and a big horse like him, he ran tremendously well in the Derby and the Belmont and again in the Jim Dandy," said Garrett O'Rourke, general manager of owner Juddmonte Farms. "He's gradually getting there, but he's not a horse that was fully mature in May. He's gradually getting to that point. When he does get there, he'll be able to work around his bad luck events and get himself in the race early and use that big, long stride effectively."

The beneficiary of Tacitus' bad start in the Jim Dandy was Tax, who had finished behind that rival in their three previous meetings.

"Tacitus has beaten us once (Wood Memorial [G2]), but I think that was a misjudgment by me not to train him up for that race from Florida," trainer Danny Gargan said. "We stayed with him in New York and missed some time. In the (Kentucky) Derby (G1), he didn't really go over the track well and that race took a lot out of him. I don't think I had him 100 percent fit for the Belmont, but if I did, I think we would have won that race as well. Since then, he's been doing great and training forwardly. We're excited and ready to run."

Honor Code was elevated to second in the Kentucky Derby, but skipped the remaining Triple Crown events and has been kept fresh by trainer Shug McGaughey with only a single interim run, a dominating win in the one-mile Dwyer (G3) in early July.

"I think he's come a long way in the last two or three months and I don't think the distance will be a problem," McGaughey. "He's a laid-back, one-run type of horse and that's what we'll try to do with him. Hopefully, at the quarter pole, we're in a decent position where he can go on and make his run and see what happens."

Trainer Bob Baffert has won two of the past three Travers, with West Coast (2017) and Arrogate (2016), and declared Mucho Gusto a participant following a positive work on Monday. The colt is a three-time graded stakes winner this year, but didn't qualify for the Kentucky Derby after running third in the Sunland Derby (G3). However, he was a decent second to Maximum Security in the Haskell Invitational (G1) last time, a race run under extremely hot weather conditions.

Lexington (G3) and Ohio Derby (G3) winner Owendale was a wide rallying third in the Preakness (G1) two back and should appreciate the longer trip Saturday. Highest Honors, Endorsed, and Looking at Bikinis were the top three finishers in the $100,000 Curlin last time, and all three take a serious jump up in class.