Tales from the Crib: Gormley

Gormley hails from the historic Castleton property, a Bluegrass nursery famed for producing a torrent of top Thoroughbreds around the turn of the 20th century.

Then owned by British-born Wall Street maestro James R. Keene, Castleton stood the great Domino (who makes a cameo appearance in El Areeb’s Tale) during his tragically brief career at stud. It’s the birthplace of his great son Commando, another amazingly influential sire despite having only two dozen named foals; the all-time greats Colin (by Commando) and Sysonby; as well as champions and patriarchs Peter Pan (by Commando) and Sweep, both essential building blocks in contemporary pedigrees, including Gormley’s.

Fast forward to the 21st century, and Castleton is once again a premier Thoroughbred establishment, thanks to European investment. Purchased in 2001 by the late Dr. Tony Ryan, co-founder of Irish airline Ryanair, and now operated by his son Shane, the farm has since been named Castleton Lyons. That’s an allusion to the Ryan property in Ireland’s County Kildare, Lyons Demesne. The Ryans also own a large spread in County Tipperary called Kilboy Estate.

Gormley’s breeder is therefore listed as Castleton Lyons and Kilboy Estate. His dam, Race to Urga, was a homebred daughter of the successful Castleton Lyons stallion Bernstein and high-class Miss Mambo, who placed in a French classic for fillies over a mile.

“Bernstein was a big favorite of ours,” Castleton Lyons commercial manager Stuart Fitzgibbon recalled of the Storm Cat son. “He was a really good, consistent stallion that sired plenty of classy, genuine horses for us as a breeder and our many clients that supported him down through the years. Unfortunately Bernstein died before his time, but he looks like he will leave a strong legacy as a broodmare sire with the likes of Gormley and (champion) Champagne Room, both Grade 1 winners in 2016.”

Race to Urga, in keeping with her bloodlines, competed exclusively on turf. Trained by Christophe Clement (who also conditioned Castleton Lyons’ homebred Hall of Fame finalist Gio Ponti), Race to Urga was just developing into a smart performer when injury cut short her career. There’s a “what-might-have-been” vibe around her, since she retired riding a four-race winning streak capped by a dominant stakes score.

Observing that Race to Urga was “a very consistent filly,” Fitzgibbon noted that “from eight lifetime starts she won five, was runner-up twice, and her only off the board finish was a very unlucky run in a stake at Arlington as a juvenile.

“She arrived to the Wait a While Stakes at Gulfstream in April 2012 having won her previous three, two allowances there, and an earlier victory at Aqueduct. In the stake she showed a great turn of foot to accelerate very swiftly and easily win the race over 8 1/2 furlongs on the lawn, I believe this was closing day of Gulfstream’s meet that spring.

“Christophe always maintained she had a lot of class and we were looking forward targeting some good fillies’ races at New York in the summer, so it was disappointing that she met with a setback post-race and was retired to Castleton Lyons.”

Race to Urga began her broodmare career by visiting Malibu Moon, and her resulting first foal was Gormley.

“We own a leg in Malibu Moon and have always supported him with some of our better mares down through the years,” Fitzgibbon explained. “The A.P. Indy/Storm Cat cross is very productive and we have actively been breeding our Bernstein mares to the stallion to try and get a superior horse. It worked with Gormley!

“He was born at 4:30 in the morning on March 20, 2014, and had an uneventful foaling. This was Race to Urga’s first foal and as is often the case with initial offspring, he was a little on the small side at first, weighing in at 99 pounds at birth.

“Jamie Frost, our farm manager, commented the morning after his birth that he was very well put together, with good limbs, a well-proportioned body and will improve.

“It didn’t take him long to catch up in size, and by the time we presented him through the consignor Paramount at the following year’s (Keeneland) September Yearling Sale he was a very good type that warranted inclusion in Book 1 of that auction.” 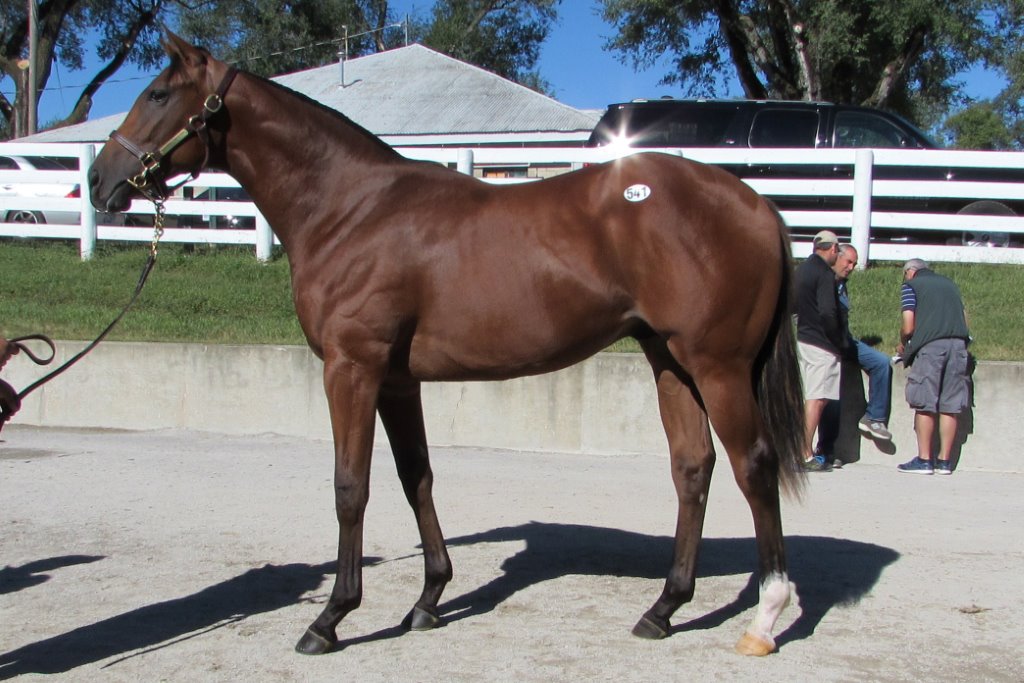 Although the as yet unnamed colt was a good-looking sort with lovely bloodlines, some inspectors were put off by what they regarded as a potential issue with his breathing. Bidding maxed out at $150,000, less than the reserve price (the minimum price set by the seller), and he was led out of the ring unsold.

As often happens in the intensely competitive nature of an elite sale, that presumed problem was more a matter of perception than a significant defect. What might be a deal-breaker for some is trivial to another.

In this case, trainer John Shirreffs didn’t see it as a hindrance to the colt’s prospects on the track. So a deal was struck privately for Jerry and Ann Moss, best known as the owners of Hall of Famer Zenyatta, to acquire the handsome yearling.

“John really liked him and he looked at what the scope said, and he said, ‘This is something I can work with, not a big deal.’

“He really wanted that horse, so he went back and got him. Everybody has had perfect yearlings that end up never running. So it goes both ways. Here’s a horse who supposedly had a problem, but it didn’t seem to be one to the trainer. He’s the one who has to race them, and he knows.”

Nor did any issue manifest itself in Gormley’s early training at McKathan Brothers near Ocala, Florida, where stablemate Royal Mo also went to school.

“We scope them about every two months, and his air for us was great,” farm manager Chris Alexander said.

As Alexander pointed out, prospective buyers can be too persnickety at yearling sales. Young horses are still in the process of growing and maturing, and Gormley got better and better during his time at McKathan.

The bay, named after contemporary British sculptor Sir Antony Gormley, was “a little later bloomer, in the eyes of all of us.”

Hence Gormley, while “pretty much always on point,” wasn’t the kind to make you sit up and take notice from the beginning like Royal Mo.

That impression grew more favorable with the passage of time, and the more he breezed, “he got better, bigger, a little more solid,” Alexander recalled.

“When you started pressing on him, he got bigger and stronger.”

That’s just what you want to see from the youngsters as their homework gets more challenging.

“If they start going backward, and getting thinner and leaner, that’s a telltale sign that you could be in a tight spot.”

Alexander compared Gormley’s development to that of another former pupil who didn’t have the wow factor in his early days, but just kept quietly hitting his goals and progressing to the next assignment.

Gormley was “Paynter 2 for us.”

Paynter went on to a fine career for Zayat Stables and Hall of Fame trainer Bob Baffert, notably winning the 2012 Haskell Invitational (G1). After that signature victory, Paynter came down with the dread disease laminitis. But he bravely beat that life-threatening foe, returned to racing at a high level, and retired to stud as a millionaire.

If Gormley also has the heart and determination of Paynter, he’ll do well. 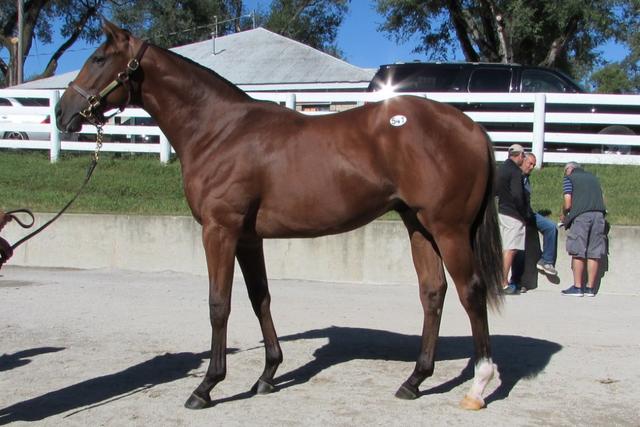