Tales from the Crib: Lookin at Lee

As the grandson of a bargain $17,000 yearling purchase campaigned in the Pacific Northwest by Exclusive Stable and Ray Hanson, Lookin at Lee is a case study in how classy female lines can spring to life again.

At the 1995 Keeneland September Yearling Sale, trainer David Forster bought that inexpensive filly who would be named Capilano. Her sire, Demons Begone, was the favorite for the 1987 Kentucky Derby (G1) after sweeping Oaklawn Park’s preps, the Southwest, Rebel, and Arkansas Derby (G1). Unfortunately, he bled in the early stages of the Run for the Roses, and Hall of Fame rider Pat Day wisely eased him out of the race.

Demons Begone didn’t set the world alight as a sire, and Capilano’s first two dams weren’t notable producers themselves. But they were nicely bred, and the further family had been black-type rich in the past, their pedigrees strewn with high-class Claiborne Farm stallions.

Capilano was out of a mare by 1982 Horse of the Year Conquistador Cielo, who romped over older horses in the Met Mile (G1) five days before trouncing fellow three-year-olds in the Belmont S. (G1). Capilano’s second dam (maternal granddam), by Hall of Famer Damascus, was a full sister to the dam of multiple Grade 3-winning sprinter Boundary. We may remember Boundary better today as the sire of 2008 Kentucky Derby and Preakness (G1) champion Big Brown.

Capilano’s third dam, Ponte Vecchio, was a Grade 2-winning daughter of Hall of Famer Round Table. Ponte Vecchio was in turn out of 1965 Ashland winner Terentia (by Hall of Famer Bold Ruler), who placed in several premier events ranging from the Kentucky Oaks to the Alabama. Terentia was herself a daughter of Romanita, the champion two-year-old filly of 1956.

During her racing career, Capilano won a pair of stakes as a juvenile at Vancouver’s Hastings Park, and annexed the Washington Oaks at Emerald Downs at three. She was a profitable investment as a racehorse, retiring with earnings of $113,875.

But Capilano furnished greater dividends as a broodmare, as if reaching back a couple of generations in her own female line and revivifying its latent spark. She produced four stakes winners for Exclusive Stable and Hanson, all in the Canadian west. Chief among them was Madeira Park, whose biggest victory came in the 2013 Ballerina (G3) at Hastings. Madeira Park’s older full sister, Langara Lass, was a four-time stakes scorer herself and the third-place finisher in the 2006 British Columbia Oaks (G3).

Langara Lass has begun to emulate her dam, or even outperform her. Hanson has already bred two stakes winners from her, both Grade 1-placed performers.

Her filly by Proud Citizen, Battlefield Angel, took third in the 2013 Alcibiades (G1) at Keeneland. At the time, Langara Lass was in foal to two-time champion Lookin at Lucky.

The following March, Langara Lass foaled her bay colt, who we now know as Lookin at Lee. He was raised on John R. Penn’s farm near Paris, Kentucky, surrounded by several maternal relatives.

“We have his half-sister, and three half-sisters to his dam, and his granddam, all here,” Penn said.

“Ray (Hanson) and his partners have really done well with her, and with Langara Lass to have two Grade 1 horses…”

Just as remarkable was the fact that there were actually two future Derby hopefuls growing up on the Penn property. The other, a Penn homebred, was a gray – Fast and Accurate (whose Tale is here).

Another point of contrast was their experience as Keeneland September yearlings. While the gray didn’t sell, the Lookin at Lucky colt brought $70,000 from L & N Racing, his current connections. The colt was quickly named Lookin at Lee, a nod to L & N principal Lee Levinson.

With Steve Asmussen tabbed to train him, Lookin at Lee went to the El Primero Training Center for his early lessons. That’s the Laredo, Texas, “school” founded and operated by Steve’s parents, Keith and Marilyn Asmussen. 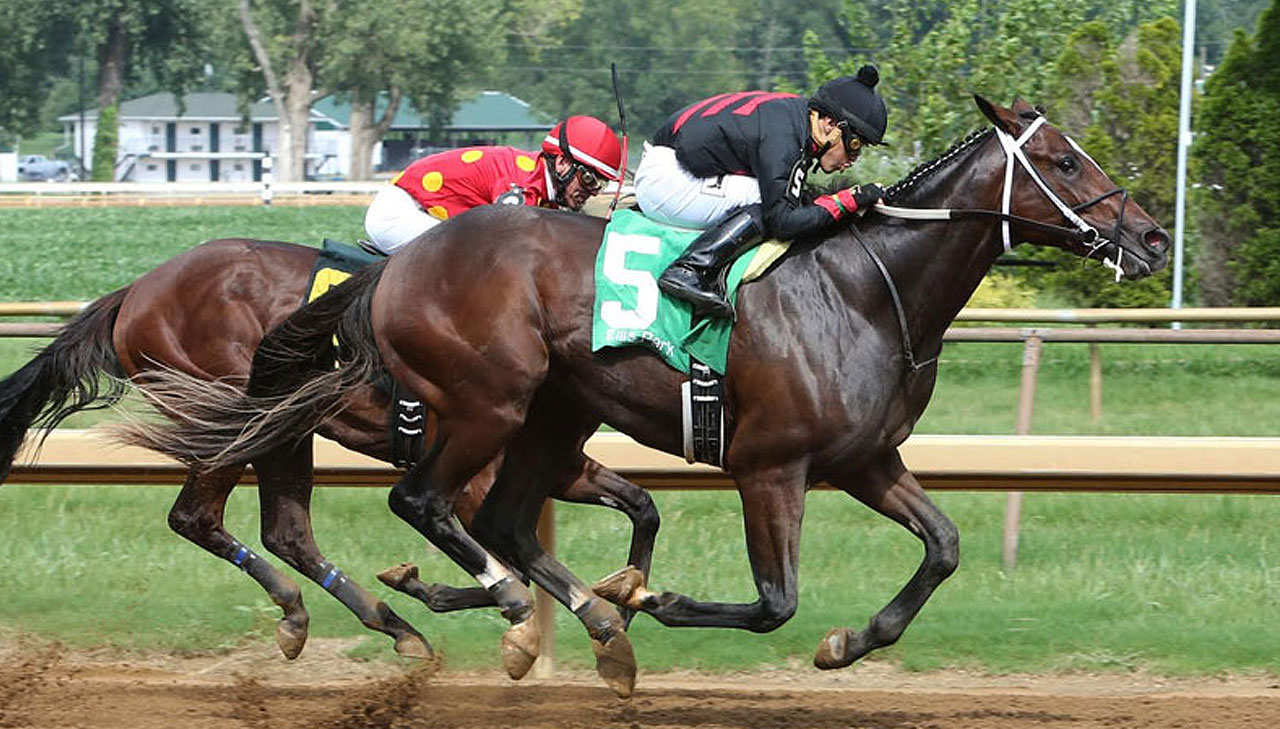 Lookin at Lee didn’t take long to emerge as one to follow, breaking his maiden second time out and winning the Ellis Park Juvenile before mixing it up at the highest level.

Penn said that Lookin at Lee didn’t seem the type to accomplish quite so much at two.

“He was not an early-looking horse, but he really belied that with the way he ran last summer,” Penn said. “He was a little bit gawky.”

But that’s part of the mystique of breeding and raising Thoroughbreds: they change on you, often defying expectations and making forecasts elusive. The yearling who appears to need plenty of time can turn the corner sooner than you think.

As Penn put it, if breeders could pick the good ones out in the field, there’d be no sales!

“Years ago a trainer said he could ‘spot the cat’ in a horse,” Penn said, alluding to a famous comment by D. Wayne Lukas. The Hall of Famer was using an analogy to describe his ability to scout out yearling talent. He compared it to spotting a hidden image-within-an-image in a children’s book, for example, trying to find the cat hidden in a tree.

Penn turned that on its head, saying it’s a lot easier to identify the horses who won’t pan out.

“As far as the bad ones go, I guess I can spot a dog in them!

“If you can pick out a superior horse” in his childhood, “you’re a better horseman than I.” 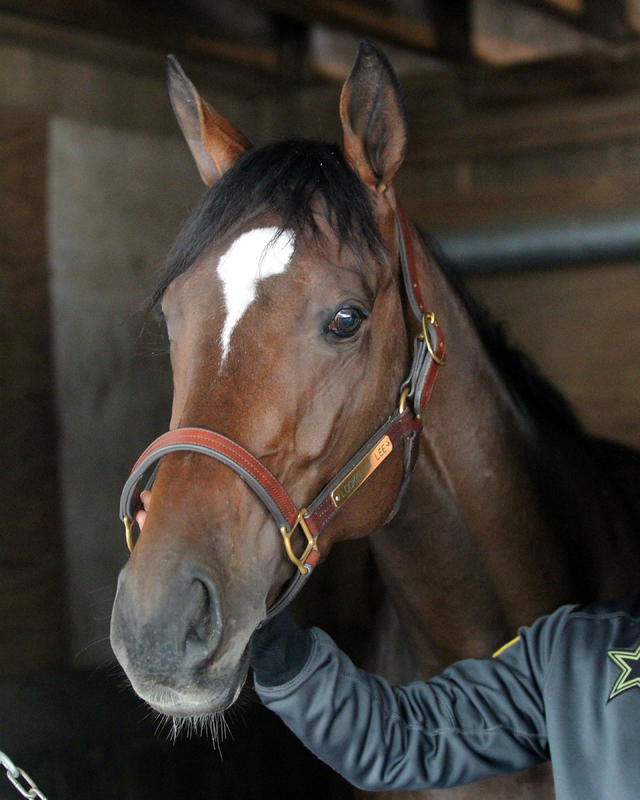