Tales from the Crib: Mo Donegal 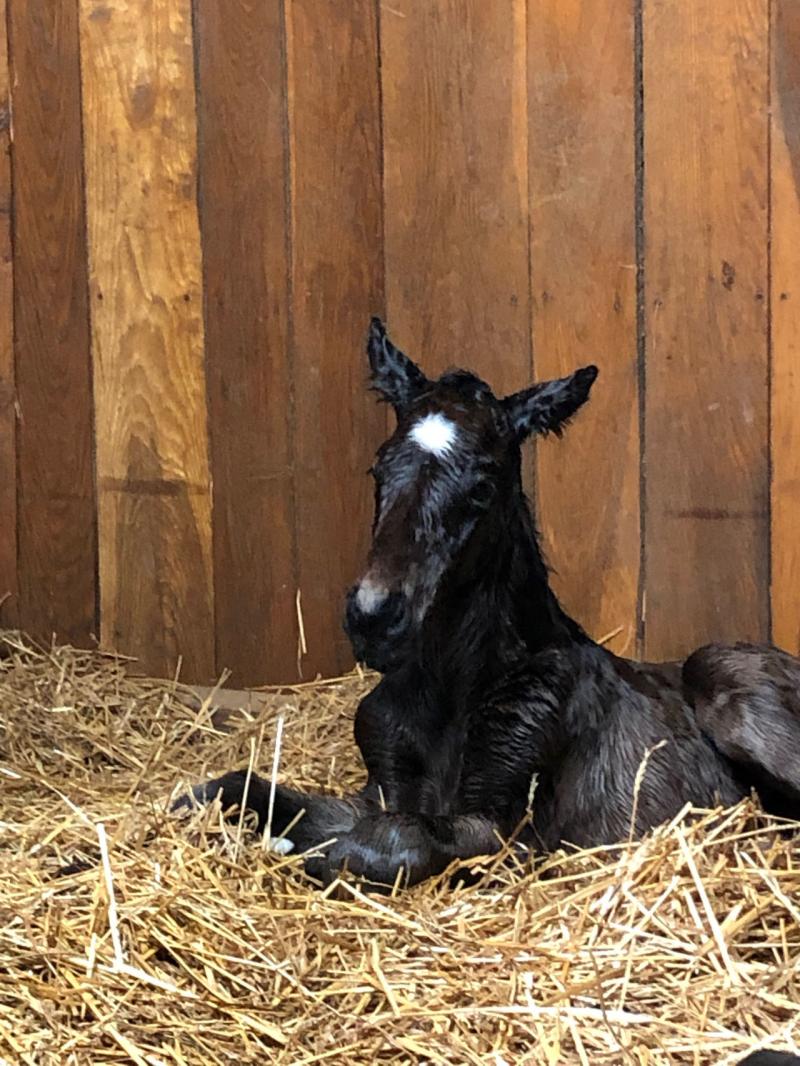 Mo Donegal as a newborn (Photo courtesy of Bryan Lyster/Ashview Farm)
The Lyster family of Ashview Farm and Richard Santulli of Colts Neck Stables have a history of breeding major winners, and the longtime partners could make history at Churchill Downs on the first weekend in May.
The breeders of leading Kentucky Derby (G1) contender Mo Donegal are also responsible for one of the Kentucky Oaks (G1) favorites, Nest. If both Ashview-raised sophomores prevail, the Lysters and Santulli will become the first since legendary Calumet Farm to breed Oaks and Derby winners in the same year.
Calumet last achieved the feat 70 years ago, courtesy of Real Delight in the Oaks and Hill Gail in the Derby in 1952. They were emulating fellow Calumet homebreds Wistful and Ponder, the Oaks and Derby winners of 1949. The all-time leading breeder in Derby history with nine wins, Calumet has Happy Jack in the 2022 field, and Calumet-bred Rich Strike sits 24th on the points list at this writing.
Another famed owner/breeder of the 20th century, Col. E.R. Bradley, turned the Oaks/Derby double with Barn Swallow and Brokers Tip in 1933. Brokers Tip came out on top in the “fighting finish” Derby – literally. Winning rider Don Meade and Herb Fisher on runner-up Head Play were grappling with each other as their mounts dueled to the wire. Ironically, that was the only race Brokers Tip ever won, giving Bradley his fourth and final Derby victory.
The precedent was set in the late 19th century by A.J. Alexander’s prolific Woodburn Stud. The breeder of four Derby winners, and six Oaks heroines, Alexander swept both in 1885 with Joe Cotton and Lizzie Dwyer.
Such are the historic stakes in play for Ashview Farm and Colts Neck Stable. Indeed, the achievement is even more remarkable for a hands-on family operation in the context of the 21st-century bloodstock world.
Managed by Gray and Bryan Lyster for their parents, Wayne and Muffy, Ashview has historical interest in itself. The land had belonged to General Marquis Calmes, a Virginia-born son of a French nobleman, who served in the Revolutionary War as well as the War of 1812.
According to a 1906 article by J.A. Steele in the Register of the Kentucky State Historical Society, Calmes was among those accompanying George Washington in the crossing of the Delaware. He was a veteran of several battles, including Monmouth, and was on the scene for the British surrender at Yorktown.
After settling in present-day Woodford County, Calmes played a leading role in the establishment of the county seat. He named the town Versailles in honor of the French original, and the Marquis de Lafayette, whom he knew from their mutual service in the Continental Army, paid a visit in 1825.
Calmes retains a presence on the Ashview property. His stone tomb stands as a monument, fenced off from the surrounding paddocks. You can spot it at about the 6:24 mark in this Kentucky Tourism feature on Ashview and the Lyster family.

Here the Lysters bred champion Runhappy, who clinched an Eclipse Award when rolling in track-record time in the 2015 Breeders’ Cup Sprint (G1) at nearby Keeneland. Runhappy, now a stallion at Claiborne Farm, is the sire of Derby contender Smile Happy.

Wayne, who bred $1.8 million-earner Lu Ravi in his own right, is the co-breeder of transatlantic star Johannesburg. Europe’s top juvenile of 2001 made a scintillating dirt debut in the Breeders’ Cup Juvenile (G1) at Belmont Park to become an American champion as well. But Johannesburg’s legacy is even greater at stud, particularly as the sire of Scat Daddy and grandsire of Triple Crown winner Justify.

Wayne’s partner in breeding Johannesburg, Jayeff B Stables, was then the nom de course of his decades-long friend Santulli and George Prussin. Jayeff B is best known for campaigning champion Safely Kept, who beat shadow-jumping Dayjur in a memorable 1990 Breeders’ Cup Sprint.

Santulli, in the name of his Colts Neck Stables, has bred such top performers as 2013 Preakness (G1) hero Oxbow, 2015 Belmont Derby (G1) victor Force the Pass, and multiple Grade 2 scorers Fed Biz and Venetian Harbor. A great-great granddaughter of Safely Kept, Venetian Harbor is among her descendants born and raised at Ashview.

The Lyster family and Santulli partner in some broodmares, and two acquisitions have turned out to be pivotal. Both were homebreds from Leonard Riggio’s My Meadowview. Both had been trained by Graham Motion. Callingmissbrown would ultimately become the dam of Mo Donegal, and Marion Ravenwood would go on to produce Nest.

Callingmissbrown, a daughter of Pulpit and Grade 1-winning millionaire Island Sand, won two of four starts. Her debut score at Delaware Park was particularly notable, since she got off flat-footed in the six-furlong maiden, then had her rider lose the stirrups when the left iron broke. Jockey Larry Mejias did well to maintain his balance in the saddle, as Callingmissbrown decided to launch a sustained move and dragged him to the front on the far turn. She worked out her own winning trip, holding on by a half-length, with Mejias doing all he could in the circumstances.

Later, Callingmissbrown joined the Ashview band as a private purchase. At that time, she was carrying her first foal, who would arrive in 2018.

“She was a great physical, very solid pedigree that is still active, and she was in foal to Speightstown,” Bryan Lyster said of the acquisition. “We have done a lot of business with Joe Miller and Lincoln Collins who work as agent for My Meadowview, so we knew we were dealing with good people.”

The stakes-winning A.P. Indy mare Marion Ravenwood was a $400,000 purchase at the 2017 Keeneland November Sale. Then a nine-year-old, she was offered in foal to Pioneerof the Nile. That baby turned out to be multiple stakes-placed Dr Jack.

Her new owners bred Marion Ravenwood back to Curlin, and she delivered a bay filly at Ashview on April 8, 2019. By the fall of her yearling year, her older full brother, named Idol, began to turn heads. Idol would score his signature win in the 2021 Santa Anita H. (G1). We now know his baby sister as Nest (pictured below). 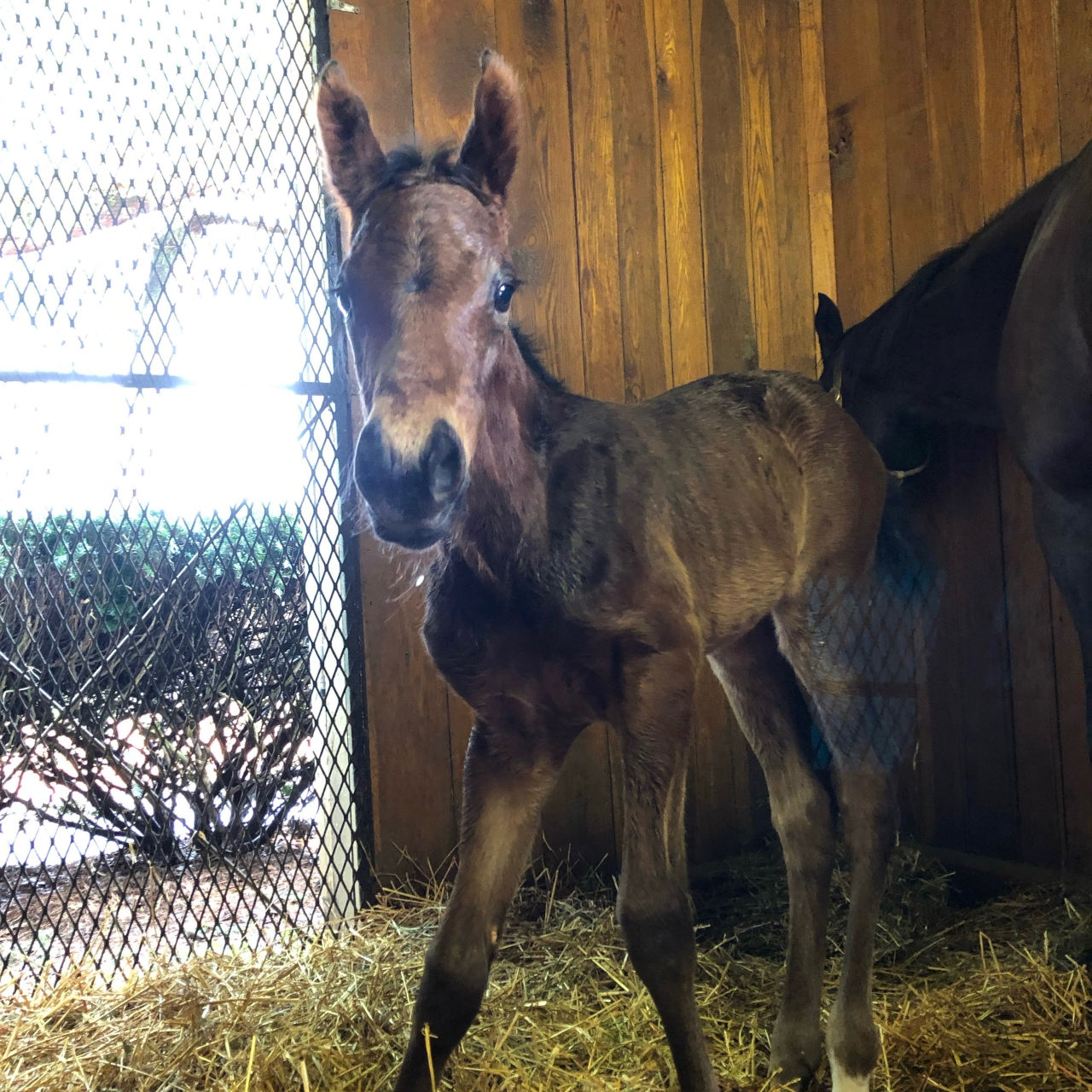 Meanwhile, Callingmissbrown, whose first foal was the minor winner Bluegrass Belle, subsequently visited Uncle Mo. She produced her bay colt on April 19, 2019. The future Mo Donegal, like Nest, stood out from the crowd.

“Both were very athletic-looking compared to most of the other yearlings,” Bryan Lyster recalled. “Their athleticism just stood out, especially Nest. “They were also both very intelligent and alert all the time.”

In addition to being foaled and raised at Ashview, the two were in the same shedrow at the Keeneland September Yearling Sale. The colt went through the ring first as Hip No. 903, selling for $250,000 to Jerry Crawford of Donegal Racing. Hence his name, Mo Donegal. Nest, cataloged as Hip 1065, commanded $350,000 from Eclipse Thoroughbred Partners and Repole Stable.

Welcome to the family hip 903! pic.twitter.com/55eBWzSnKK

The pair then split up to go to school, but still near each other at different Ocala, Florida, academies. Nest went to the Stonestreet Training Center, and Mo Donegal was sent to Barry Berkelhammer’s Abracadabra Farm in Ocala.
“He was a good boy from day one,” Berkelhammer said. “He’s got a great personality and was easy to get along with.
“He made our job easier – just a super student who took to his lessons and was a good boy the whole time.”
Abracadabra’s Carlos Belmonte was particularly taken with Mo Donegal, as he describes to Crawford in the Donegal Racing video.

Mo Donegal graduated to trainer Todd Pletcher’s string at Saratoga, where he recorded his first official move on June 15. Nest, herself slated for the Pletcher barn, settled into his division at Belmont Park. There the Ashview babies would eventually reunite last fall.

Nest made it to the races first, romping by five lengths in a 1 1/16-mile maiden Sept. 25. Mo Donegal was unveiled five days later, but in a 6 1/2-furlong sprint, and got going belatedly in third. Up to 1 1/16 miles for an Oct. 21 maiden, Mo Donegal rallied to win. Nest returned to action in the one-mile Tempted S. on Nov. 5, found the distance a bit short, and closed steadily for third.

Both relished stretching out to 1 1/8 miles in major points races at Aqueduct on Dec. 4. Mo Donegal scored his own “fighting finish” of sorts in the Remsen (G2), edging Zandon in a rough battle. One race later in the Demoiselle (G2), Nest got up by a neck to complete a double for their breeders.
The dynamic duo wintered together at Pletcher’s Palm Beach Downs base, but have taken different paths for their preps. Mo Donegal reappeared in the Feb. 5 Holy Bull (G3) at Gulfstream Park, finishing a hard-charging third. Exactly one week later, Nest crushed the Suncoast S. at Tampa Bay Downs in stakes-record time. She came back to dominate the April 8 Ashland (G1) at Keeneland by 8 1/2 lengths. Mo Donegal returned to Aqueduct for the April 9 Wood Memorial (G2), uncorking a monster closing kick to prevail by a neck.
Now their parallel trajectories take them to Churchill Downs. If Nest and Mo Donegal can put the Lyster family and Santulli in the record book alongside Alexander, Col. Bradley, and Calumet, it might be time to establish a new historic landmark at Ashview. 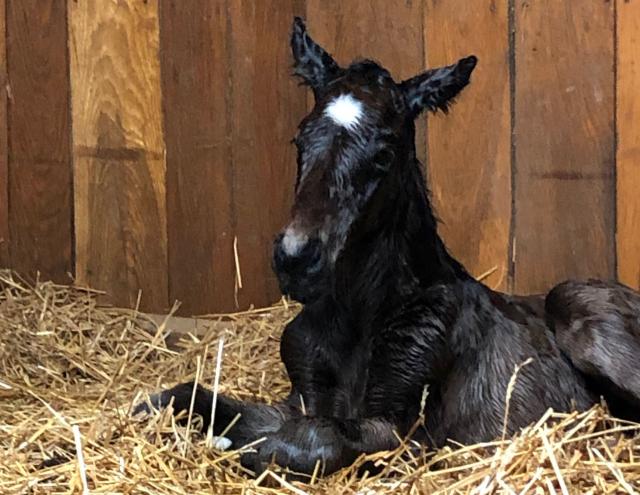