Tales from the Crib: State of Honor

“It’s unbelievable. We’re so excited. It’s a dream that we didn’t even dream.”

That’s how Penny Conrad described the Kentucky Derby (G1) odyssey of State of Honor, an Ontario homebred campaigned by Penny and her husband, Manfred.

Neither of the Conrads had a background in racing. Manfred, originally from Germany, immigrated to Canada and built a highly successful real estate business, the Cora Group. Penny always had pleasure horses that she rode in her native England, where she grew up around the foxes and hounds scene, but not the racing game.

About 10 years ago, they began to get involved in Thoroughbreds by buying a few mares. Manfred is quick to note that Penny deserves all the credit.

“No knowledge of any horse races, never went to a horse race,” Manfred said of his early life in Germany.

“She’s the person behind everything. I’m the designated driver!”

In 2010, the Conrads purchased the five-year-old mare State Cup for $80,000 at the Keeneland November Sale. Although unraced, she was a half-sister to Grade 2 winner St Averil, who also finished second in the 2003 Hollywood Futurity (G1). Their dam, Avie’s Fancy, was herself a Grade 2 victress of more than $400,000 in her career. State Cup was therefore a young, well-related mare by Elusive Quality (sire of 2004 Derby and Preakness [G1] champion Smarty Jones), with plenty of potential as a broodmare.

“We liked her pedigree,” Penny said. “She’s a wonderful mare, so nice to be around.”

The first two foals she produced for the Conrads turned out to be winners. They kept the Henny Hughes foal she was carrying at sales time, a filly named Amethea, who was trained by Mark Casse. They sold her next, Adrosa Sky, for $150,000 as a yearling at Fasig-Tipton Kentucky October. Casse bought him on behalf of owner John C. Oxley.

In that fall of 2013, few could have anticipated that Oxley and the Conrads, who have only a handful of mares, would both have contenders in the 2017 Derby, stablemates in the Casse barn. Back then, Oxley’s Classic Empire (whose Tale is here) and State of Honor were still unborn foals, months away from their making their appearances in the world.

State of Honor is from the first crop of blueblood To Honor and Serve, a male-line descendant of 1977 Triple Crown winner Seattle Slew, via his Hall of Fame son A.P. Indy and champion grandson Bernardini. To Honor and Serve was a leading juvenile of 2010 who was knocked off the 2011 Derby trail by injury, but roared back later in the year to win the lucrative Pennsylvania Derby (G2) and beat older horses in the Cigar Mile (G1). He padded his record at four by annexing the Woodward (G1) at Saratoga.

Zach Madden of Buckland Sales Agency, who “loved” To Honor and Serve “when he retired off the track,” recommended him as a mate for State Cup.

The product of their union was a big – really big – bay colt (right) who arrived at the Conrads’ farm in Ontario. 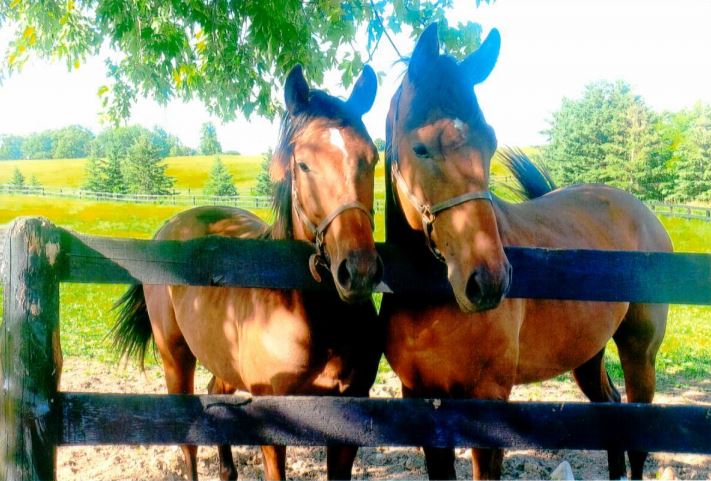 “He was always a big, strong colt with a lot of size, substance and quality,” Madden recalled.

“State Cup throws big, beautiful foals like her and he didn’t disappoint. At one point I thought he may be TOO big. But once he filled out and matured, he turned into a beautiful specimen.”

In fact, he was described as the biggest horse that was ever foaled at Grandview Farm. Mike Carroll of Grandview found him easy and nice to work with, but his sheer size, compared to the other horses, made it appear that he could “bully” them around.

“He was nice to be around,” Penny Conrad noted. “Aggressive with other horses because he’s big, but pleasant enough to be around humans.”

State of Honor was raised at the Ontario farm, finally leaving when it was time for him to go to Casse’s training center near Ocala for his pre-training. He returned to his home province to begin his career at Woodbine, where it took him five starts to break his maiden.

But a horse of his size often needs time to strengthen up into a massive frame. The combination of maturity, and perhaps the switch to dirt in Florida this winter, has added up to a much better performer than he was on Woodbine’s synthetic surface last year.

“He is training well, he’s improving all the time,” Penny summed up. “We’re just delighted.”

It’s easy to be delighted for the Conrads, who have devoted themselves to a number of philanthropic endeavors. Through their foundation, they have given generously to support cardiac and cancer care centers, the performing arts, and educational initiatives at the University of Waterloo and Wilfrid Laurier University.

As an Ontario-bred, State of Honor is eligible for the Canadian classics too. However he fares at Churchill Downs on the first Saturday in May, there’s the first Sunday in July to think about – the historic Queen’s Plate at Woodbine.

As with his sire, the best may be yet to come for State of Honor. 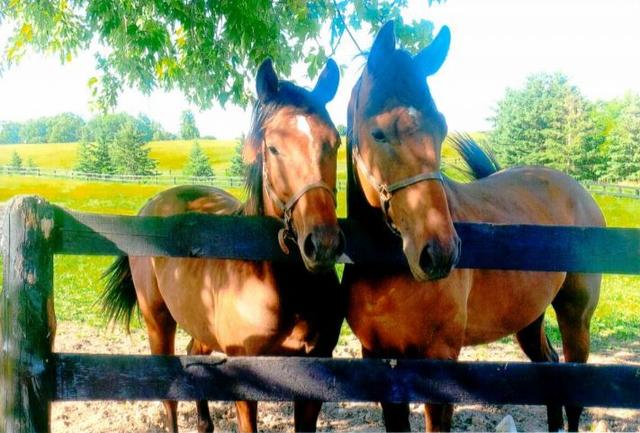