Tales from the Crib: Storm the Court 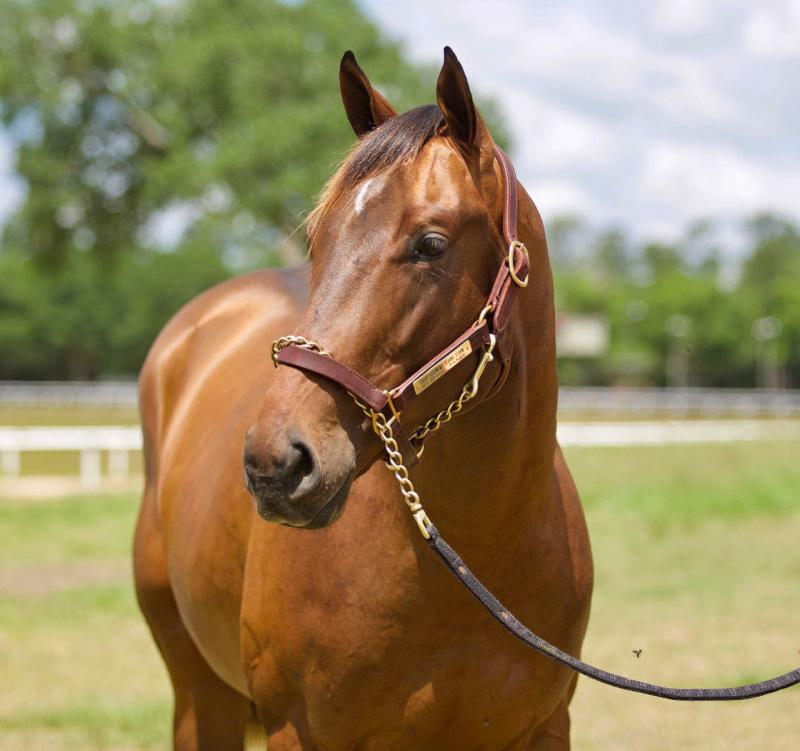 When Storm the Court pulled a 45-1 surprise in the Breeders’ Cup Juvenile (G1), it wasn’t the first time he was completely overlooked. As a yearling offered by a very small-scale breeder, the future champion was sold for only $5,000.

Part of the reason for his lack of commercial appeal was pedigree. Although sire Court Vision is a blueblood winner of the 2011 Breeders’ Cup Mile (G1) – upsetting the great Goldikova – he didn’t get enough early results at stud to stand out in the ultra-competitive market.

Storm the Court’s dam, My Tejana Storm, was blue-collar. Sure, she had fine bloodlines a few generations back, and her sire, Tejano Run, was runner-up in the 1995 Kentucky Derby (G1). But he didn’t become a successful sire, and My Tejana Storm’s immediate female line wasn’t producing notable winners.

If not passing muster for the pedigree ideologues, however, My Tejana Storm did have the intangible quality of character and heart.

Jim Power, who bred Storm the Court in the name of his Stepping Stone Farm, attested to that. Power has been involved with several generations of the family. He co-bred both My Tejana Storm and her dam, Sarah’s Settlement, with his late partner in their small breeding enterprise, Roy Folmer of LGF Stable.

Kathie Maybee of Phoenix Farm, the longtime home for Power’s mares, likewise has hands-on experience in raising the successive generations.

“They all have class and professionalism,” Maybee said of the family, noting that they were good-sized, blessed with good bone and a kind temperament.

That didn’t come by happenstance. As Maybee explained, Power and Folmer bred with an eye toward producing good broodmares. Their decisions were grounded in years of research. If Storm the Court came from well off the beaten path in the bloodstock world, he was the fruition of painstaking effort over time.

“A lot more went into this than just getting lucky. They studied for years,” Maybee said.

When My Tejana Storm’s Court Vision colt arrived on May 5, 2017, he shared the family’s best traits.

“He was always a confident baby, a good baby,” Maybee said. “Some of these good horses are a class apart.”

As a May foal, he was expected to be immature compared to the other newly turned yearlings at the Fasig-Tipton Kentucky Winter Mixed Sale in February 2018. Prospective buyers could have graded him on a curve if he’d brought a fashionable pedigree, but his thin catalog page only made him a tougher sell.

Bryan Rice, however, saw something in the youngster. The proprietor of Woodside Ranch near Ocala, Florida, with his wife, Holley, Rice thought the colt was a good candidate to buy with a view toward resale at two.

“I felt I needed, and wanted, that horse on my team,” Rice said. “I really believed in him.”

Rice had learned such discernment from his late father, the outstanding horseman Clyde Rice. A friend of Hall of Fame trainer D. Wayne Lukas from their childhood days in Antigo, Wisconsin, Clyde became a pioneering trainer himself. He was among the first to specialize in developing yearlings into 2-year-old sale prospects. Lukas praised him for having a “beautiful eye for a horse,” his knack for picking out athletes early on.

By sharing his craft with his children, Clyde established something of a Rice family dynasty now on its third generation in the industry. In fact, his daughter Linda Rice (Bryan’s sister) is the trainer of Derby hopeful Max Player, winner of Saturday’s Withers (G3).

“He was a teacher of horses and people,” Bryan said of his dad. “My wife and I are so fortunate to be two of his students.

“I get goosebumps when I realize he had shared that with us. What a wonderful gift.”

The Rice family also had known Storm the Court’s breeder for years. The Power connection was another plus in the colt’s favor, and Bryan Rice snapped up the yearling for a bid of just $5,000. It was a win-win for both buyer and seller.

The bargain buy needed time at the Woodside academy to learn the ropes and develop his skills. Physically he was “very sound and healthy,” Holley said, but “very immature mentally.” That manifested itself as a desire to put forth the maximum effort all the time – in fact, he was too willing for his own good. The Rices had to teach him to take things one step at a time. 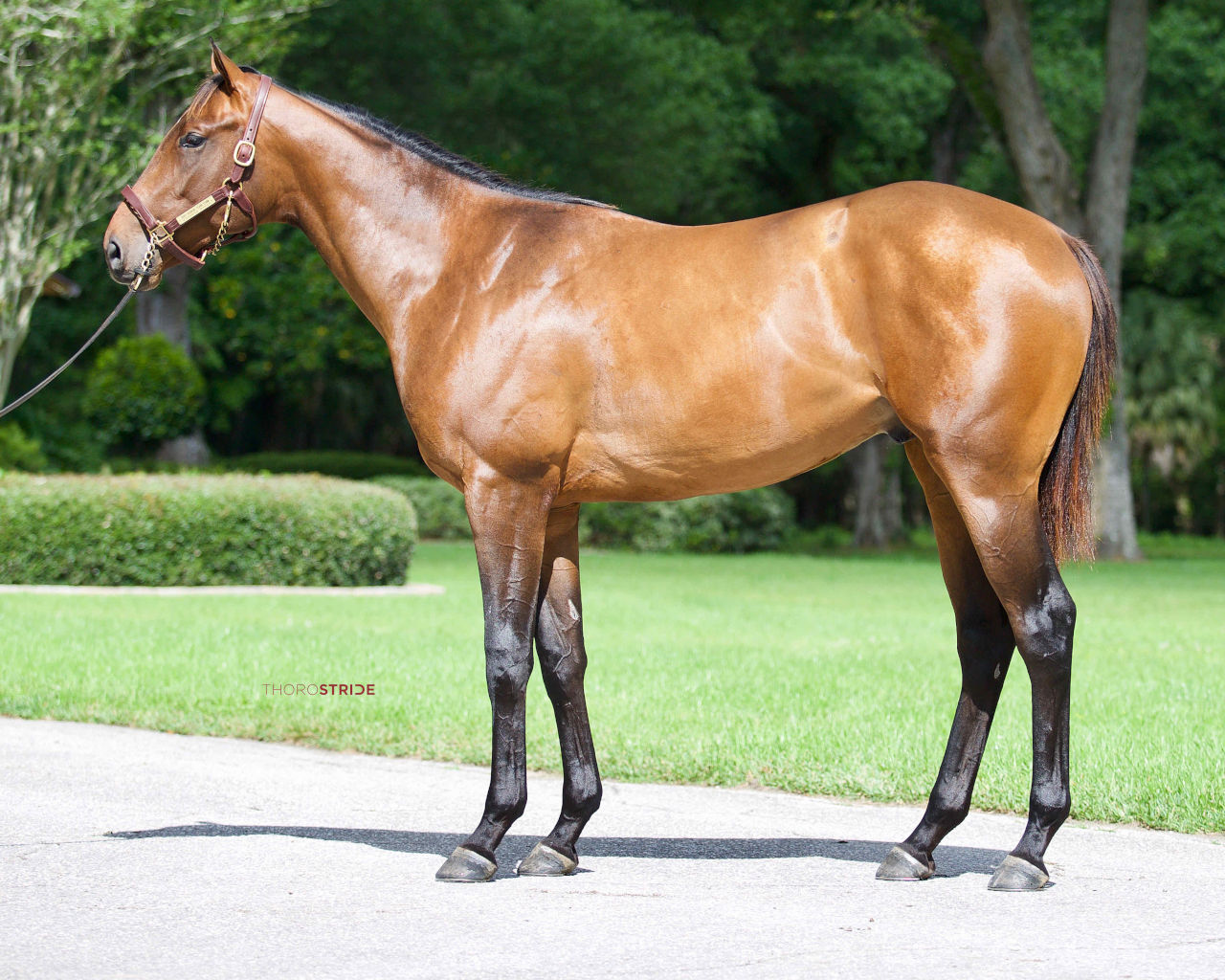 “He was so willing – he wanted to do too much,” recalled Holley, a former jockey. “He showed signs it was mentally going to be too much for his brain to handle.” To help him absorb his lessons, and “process things,” his breezes were spaced out more.

Although Storm the Court was overeager in training, his temperament was kind. Holley described that he “always was a gentleman, and he had an air of class and confidence.

“Mentally, he was just young. I spent extra time with him because he needed a little more patience.”

Bryan likewise commented on Storm the Court’s penchant to overdo it.

“It was not in his best interest to take two steps forward. He had to wait for his maturity to come in time.”

While the colt’s mentality was still a work in progress, his raw physical talent was clear.

“As soon as we started breezing him,” Holley said, “we thought he was pretty special. You could see that horse moves extremely well.”

Being a good mover is essential to attract attention at the 2-year-olds in training sales. Storm the Court displayed his mechanics during last April’s under tack show at the Ocala Breeders’ Sales Company, and sped a quarter-mile in :21 2/5 under a hand ride.

Had his aggressive tendency been encouraged, he could have gone faster, maybe even clocked a bullet and sold for a higher price. But the Rices’ philosophy is all about helping the horse achieve his potential over the long term, and his strong but controlled move served him better for the future.

Although his under tack show piqued the interest of several bloodstock agents, his pedigree and $5,000 yearling price remained stumbling blocks. Neither was any impediment, though, to Marette Farrell and her team of Zoe Cadman and Tescha Von Bluecher. Farrell was able to buy him for $60,000 on behalf of Exline-Border Racing, and he headed out west to the barn of trainer Peter Eurton.

“Kudos to Marette Farrell,” Holley said of her ability to get clients to take a chance on the colt.

Storm the Court has continued to be underestimated while rewarding those who keep faith in him. A 12-1 debut winner at Del Mar last summer, he was 14-1 in the Del Mar Futurity (G1) when Eight Rings collided with him and both lost their riders. Storm the Court was then third at odds of 19-1 in the American Pharoah (G1). Connections believed that he was a tad gun-shy after the Del Mar incident, running more with his mind on protecting himself from another collision. Accordingly, he added blinkers in the Breeders’ Cup, and the headgear galvanized him to a new high.

In the postrace press conference, Power spoke of what this meant for the small-time breeders:

“I can’t say enough for the small breeders. It doesn’t take a million-dollar horse to win a race.”

Maybee observed that since then, they’ve heard from others similarly trying to eke out a livelihood by breeding Thoroughbreds in a labor of love. Storm the Court’s rise has served as much-needed encouragement to persevere.

“You don’t have to be the wealthiest,” Maybee said, noting that Storm the Court is “more of the people’s horse than anyone knows.

“We’re all dreamers. We have to be dreamers to be in this business.”

The Rices are also delighted with the progress of their once-immature pupil. Holley praised Eurton’s “spectacular job” in getting Storm the Court to become a laid-back worker, and Bryan takes special pride in the colt’s adding to the legacy of Clyde Rice.

“I am just so honored to be able to take Dad’s teachings, and apply them, and have them bear fruit in the development of a champion.”

Still, however helpful the human equation, Bryan emphasizes it ultimately depends upon the horse:

“Give credit to the horse. If you’re not surrounding yourself with the right horses, you’re not going anywhere.” 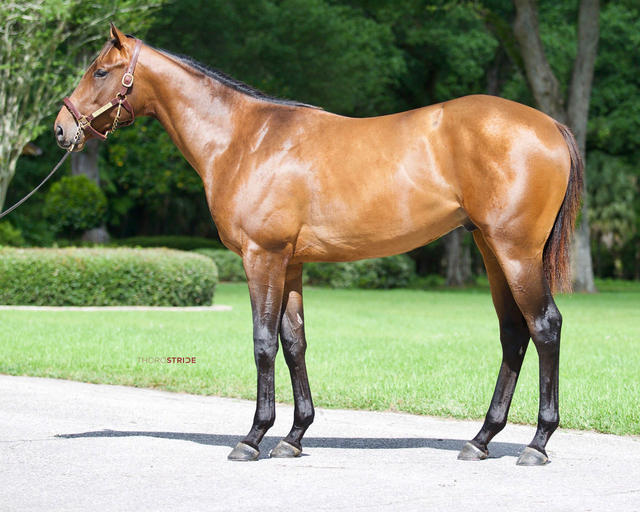