Tales from the Crib: Super Stock 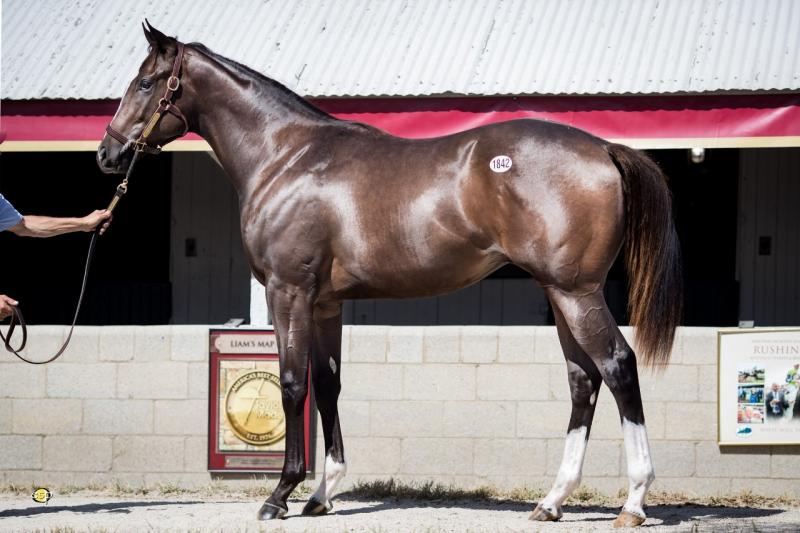 Super Stock’s success is a heartwarming story of family – for his current connections, the renowned Asmussens, as well as for his breeders, Pedro Gonzalez and grandson P.J.

Pedro Gonzalez, a Cuban-American who came to the United States at the age of 10, is filled with gratitude for the rise of Super Stock after years of effort.
“Thank God for the blessings to be able to have a horse like that to begin with,” Gonzalez said.
“I’d like to thank my wife, Georgelina, for her support all through the years. It’s kind of a tough road to be able to breed a good horse.”
The accomplishment is even greater considering the small scale of his operation – seven mares, four owned in partnership with Lenny Kohn.
Gonzalez got P.J. involved as a way to fire his grandson’s imagination for the game. But his four-year-old granddaughter, Madison Dickens, doesn’t need any encouragement. Little “Maddie” already loves being around horses.
“She’ll be in the horse business!” Gonzalez enthused, adding that his great-grandson, Brayden Gonzalez, is another who could end up in the Thoroughbred industry.
Super Stock is the third generation of his family in the Gonzalez fold. His dam, Super Girlie, was bred by Gonzalez in partnership with Jorge Herrera. Super Girlie’s dam, Beafleet, had been purchased privately.
Beafleet was herself out of a blue-collar warrior, Leave It Be, who amassed her $788,630 bankroll the old-fashioned way – she earned it over a 66-race career. The winner of the 1990 Sixty Sails H. (G3) at old Sportsman’s Park, and 14 other stakes, Leave It Be also placed in 15 stakes from her native Florida to New Jersey and old Rockingham Park in New Hampshire.
“I love that family – a hard-knocking family,” Gonzalez said.
That talent would resurface in Leave It Be’s descendants. From another daughter of Beafleet, Be Silver, Gonzalez and Herrera bred Grade 1 winner Heir Kitty. Failing to reach her reserve price when led out unsold for $19,000 as a weanling, Heir Kitty later sold for $32,000 as a juvenile at OBS. She added value to the family after becoming a frequent graded stakes competitor in southern California, from placing a close second versus the boys in the 2012 Best Pal (G2) to scoring her signature win in the 2013 La Brea (G1).
Meanwhile, her relative Super Girlie had been plying her trade in the lower-level claiming ranks. But she was an honest type who won or placed in 20 of 39 starts, paying her way by earning $121,728.
Although Super Girlie was sold for $35,000 as a yearling, Gonzalez kept tabs on her racing career. When she was available for a $6,250 claiming tag at Calder in August 2012, Gonzalez knew he had to get her back. 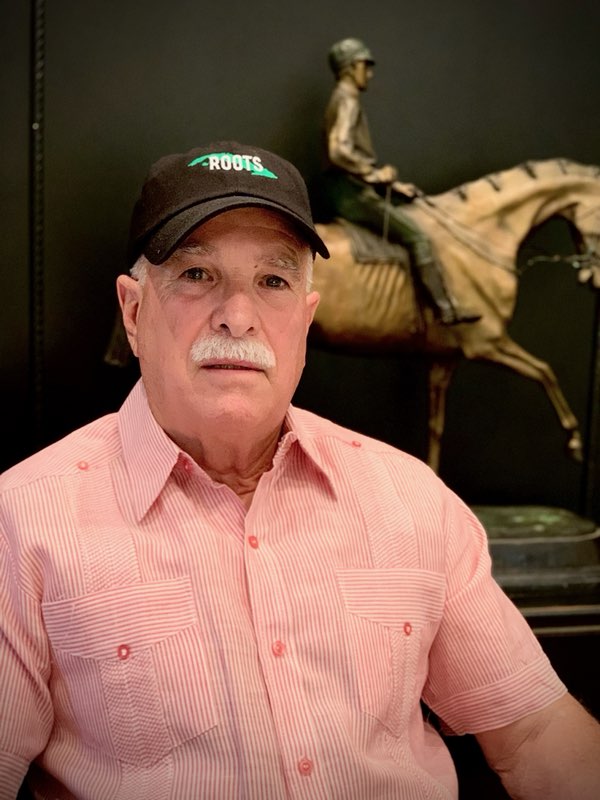 Super Girlie “was a really pretty mare,” he noted. “I like to get a mare that has tactical speed or a speed pedigree.”

Given the success of her “niece” Heir Kitty, Super Girlie started her broodmare career by visiting Heir Kitty’s sire, Wildcat Heir. The resulting foal, For the Gipper, won just twice, and her next, by The Factor, went 0-for-7.
The turning point came when Super Girlie visited Flashback, a Tapit stallion, and produced Boujie Girl. Gonzalez saw something in Boujie Girl as a youngster that made him go back to an A.P. Indy-line sire – but with another stallion who could add more scope to the equation.
“I figured to get a horse that would have a little more substance,” Gonzalez said. “Get the same cross and maybe give a little more distance. That’s the reason why I bred her to Dialed in.
“Dialed In is a really good-looking horse, good hindquarters, good bone.”
That decision looked inspired after Boujie Girl developed into a Grade 1 performer as a two-year-old. A $65,000 OBS juvenile, Boujie Girl finished third in the 2018 Sorrento (G2) and Del Mar Debutante (G1).
By that point, Super Girlie had delivered her Dialed In baby at Little’s Bloodstock Farm in Kentucky. The colt was raised at that family farm from his birth on April 12, 2018, until he was weaned.
The yet-unnamed colt was a fine foal, Gonzalez recalled.
“Never got sick, really healthy. He had a really good mind, a great mind. A really nice foal to be around.
“That comes from the mare,” he added. “All of her babies have great minds.
“If you don’t have a mind, you don’t have a horse. It doesn’t matter how much talent you can have – you have to use it, or you can be your own worst enemy.”
Moving to Florida for the winter, the yearling was returned to Kentucky after the harsh weather had passed. He took up residence at Phoenix Farm and Racing at Windwoods near Georgetown, where he did his sales preparation for Keeneland September.
Gonzalez credited the entire team effort, citing Ivan Gardera’s role at his Florida farm to Ramiro Salazar at Phoenix to Jeff Hayslett at consignor Taylor Made Sales Agency.
“Taylor Made does a great job for us selling our horses – a great group of guys,” Gonzalez said. “We appreciate his (Hayslett’s) knowledge.”
Among the observers who inspected the colt was Keith Asmussen. A superb horseman himself, Asmussen is the patriarch of a clan including sons Steve, the Hall of Fame trainer, and Cash, an Eclipse Award-winning apprentice who gained lasting fame as a multiple champion jockey in France.
The elder Asmussen went to $70,000 to buy the yearling for himself and partner Erv Woolsey of Nashville, best known as the manager of country music legend George Strait.
The promising prospect was sent to learn the ropes at the family academy near Laredo, Texas – El Primero, operated by Keith and his wife, Marilyn, along with Cash. The game plan was to develop the colt for resale, and he was cataloged as Hip No. 82 at the Texas Two-Year-Olds in Training Sale.
But the COVID-19 pandemic made a shambles of that plan. The Texas Sale was canceled, and Asmussen and Woolsey had to hold on to the colt.
Super Stock joined Steve Asmussen’s barn. More twists of fate ensued, as the Hall of Famer explained to Jennie Rees:
Steve’s son, Keith, became part of the story only because of COVID’s upending his schedule at college. Keith was available not only to gallop horses, but also to ride in races. With his grandfather’s blessing, he became the first jockey for Super Stock – and ensured that the colt would stay in the family orbit a while longer.
The juvenile was still eligible for the Texas Thoroughbred Futurity at Lone Star, since he was entered in the affiliated sale. His trainer needed to run him somewhere, however, to make sure he could make the cut for that race. Shipped to Keeneland’s ad hoc July meet, he showed little in a turf sprint maiden. Back at Lone Star, Super Stock missed by only a head in another sprint on the main track.
But he had done enough to land a berth in the Texas Thoroughbred Futurity, setting the stage for a landmark family moment. Super Stock rolled to a maiden-breaking victory by 3 1/2 lengths, with Keith aboard his grandfather’s horse trained by his dad. It marked young Keith's first stakes win in a two-month “career” as a jockey. Then he parted with Super Stock and resumed his studies.
Super Stock earned a crack at the first points race on the Road to the Kentucky Derby, the Iroquois (G3) at Churchill Downs, and placed third. Also third to unbeaten champion Essential Quality in the Breeders’ Futurity (G1), Super Stock missed by just a half-length in the Street Sense back at Churchill.
Then came the next curveball. Just when his Hall of Fame trainer was expecting a big performance in the Kentucky Jockey Club (G2), Super Stock got loose in the barn area, picked up an injury, and had to be sidelined.
Yet in hindsight, the freak occurrence proved to be a blessing in disguise. Had he won that scoring race last fall, Super Stock would probably have been sold – a belated fulfillment of the reason why he was bought in the first place. Instead, the Asmussens and Woolsey were stuck with him.
After a useful fourth in his comeback in the Rebel (G2), Super Stock jumped up to capture the Arkansas Derby (G1) as a 12-1 outsider. It was again a meaningful moment for the Asmussens, as the son is now bringing his parents’ horse to the Kentucky Derby, in a scenario that hardly seemed imaginable.

If not for the pandemic, and then for Super Stock’s November mishap, he would have been someone else’s Derby horse. He would have been another name on the illustrious honor roll of El Primero graduates who were taught well by the Asmussens but made good for other connections on the racetrack.
“A bad thing can turn into a good thing,” Gonzalez noted of Super Stock’s remarkable journey for the Asmussens.
Gonzalez, who found he’s the first Cuban-American to breed an Arkansas Derby winner, hopes to achieve the same milestone in the Run for the Roses.
More good things could be in store from Super Stock’s dam, Super Girlie. Gonzalez is rapt with her latest offspring, a yearling by Mendelssohn – “what a beautiful colt!”
Super Girlie is recently back in foal, this time to reigning Kentucky Derby champion Authentic. Super Stock has a chance to add more Derby luster to his embryonic half-sibling, in an ongoing family tale. 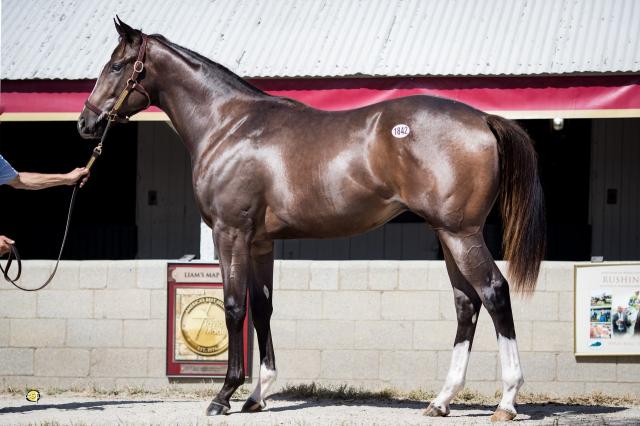