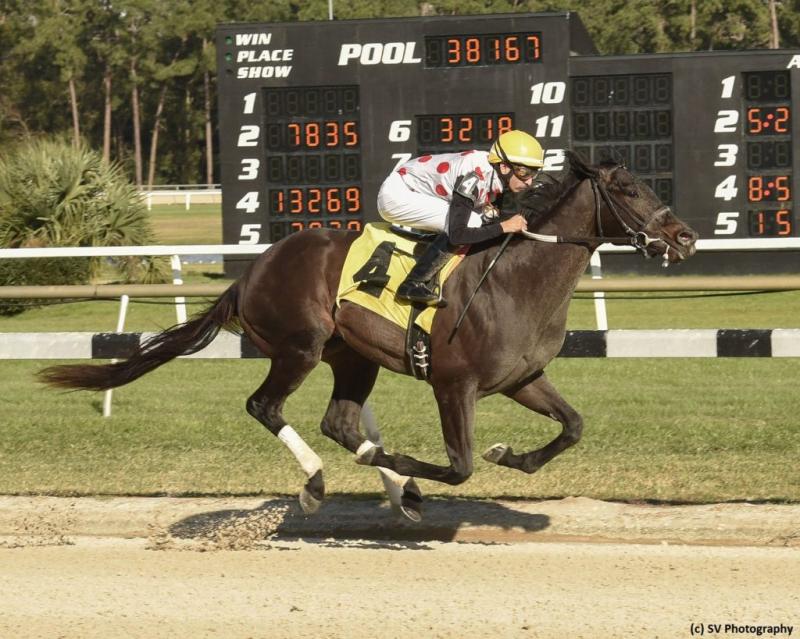 The lone Florida-bred in the 2019 Kentucky Derby (G1), Win Win Win is a homebred who grew up at Charlotte Weber’s Live Oak Stud. The 4,500-acre spread near Ocala is home to a commercial cattle operation along with the Thoroughbred farm and training facility.

Weber, among the heirs of the Campbell’s Soup founder, has campaigned a series of outstanding performers in the name of her Live Oak Plantation. Topping the list are champion half-brothers Miesque’s Approval and World Approval, who earned Eclipse Awards in the turf male category. Both clinched the honor after winning the Breeders’ Cup Mile (G1) in their respective years, Miesque’s Approval in 2006 and World Approval in 2017. Amazingly, yet another half-sibling, Za Approval, was runner-up in the 2013 Breeders’ Cup Mile to Wise Dan.

Live Oak has yet to find success in the Kentucky Derby, with three runners trying their luck over the past 37 years. Since Laser Light’s second-place effort to Gato Del Sol in 1982, High Fly (2005) and Brilliant Speed (2011) were unplaced. Weber’s most highly regarded prospect of 2011, To Honor and Serve, unfortunately missed the classics due to injury, but returned to become a multiple Grade 1-winning millionaire.

Miss Smarty Pants flashed real talent in her first two starts at Gulfstream Park, missing by a nose in her debut before breaking her maiden by 3 1/2 lengths. That made her the 9-5 second choice in the 2011 Suncoast S. at Tampa Bay Downs, but she faded to sixth. The 8-5 favorite ran even worse in ninth – Royal Delta, an eventual three-time Eclipse Award winner who was just voted into the Hall of Fame.

Sidelined thereafter, Miss Smarty Pants resumed training later that season, and again in 2012, but never made it back to the races. We’ll never know just what she might have achieved on the track. Her half-sister Unbridled Humor developed into a Grade 3 winner on turf, and Miss Smarty Pants may have been stakes-quality in her own right.

Miss Smarty Pants began her broodmare career on a good note by producing two winners, and Win Win Win, her third foal, maintained her perfect record as a producer. Sadly, he was also her last offspring, as she died in 2017.

Win Win Win was sired by Hat Trick, a Japanese champion son of 1989 Derby and Preakness legend Sunday Silence. Between Sunday Silence and his dam’s contribution of Smarty Jones and Unbridled, Win Win Win sports three Derby winners close up in his pedigree, and more classic victors as you look further back.

Foaled on March 20, 2016, the dark bay colt always ranked among the better sorts in that year’s crop at Live Oak.

“A big scopey colt that had a lot of quality about him,” farm manager B.J. Wells recalled. “He was a big strong foal that was balanced, had good muscle for a foal, deep shoulder and was very correct.

“His mother was a mare that loved people and he was very similar, very curious and easy to be around.

“We do a tremendous amount of work with the newborn foals and put them through a routine that helps us to get them very broke, respectful, and trusting at an early age,” Wells continued. “By doing this they become very coachable and confident with the handlers and are willing to do just about anything we ask.

“This type of handling and horsemanship followed him through July of his yearling year and he was a very straightforward, easy yearling to handle. He was a big yearling and could have been tough if not for all the handling he had earlier in his life.

“He was probably a top-five physical compared to the other yearlings that year. He was a big, strong, scopey colt that had a confident but calm presence about him.

“We raise our young horses outside pretty much year-round,” Wells said, noting that unless they’re sick, they’re brought into the barn only to be worked with, seen by the veterinarian or farrier. “We feel like this is crucial to raising good, solid, sound racehorses.

“He went to our training center around August of his yearling year to be broke and start his training as a racehorse. From what I understand he was still that straightforward, very professional type colt that liked to train and had very little issues moving forward. Once they started breezing a little further, we could start to see which two-year-olds were coming to the top.”

Win Win Win again put himself into that higher bracket during his education and then graduated to join trainer Mike Trombetta. Recording official works as early as June at his Fair Hill base in Maryland, he won at first asking in an off-the-turf maiden at Laurel, and made it two straight in an allowance romp. Win Win Win stepped up to stakes company in the December 29 Heft S. at the same track, and after a troubled start, wound up second to the streaking Alwaysmining.

Wintering at Tampa, Win Win Win had a better experience than his dam over the Oldsmar oval when dominating the seven-furlong Pasco S. in a track-record 1:20.89. He proved effective on the stretch-out to two turns in the Tampa Bay Derby (G2), closing for third, and secured enough points in the Blue Grass (G2) despite a brutal trip. Stopped cold on the far turn, he still rallied to grab second.

Now Win Win Win hopes for smoother sailing when reuniting with original jockey Julian Pimentel for the first time since the Pasco. Pimentel is making his Kentucky Derby debut, while Trombetta has been here once before, sending out lukewarm favorite Sweetnorthernsaint to finish seventh to Barbaro in 2006.

If Win Win Win sounds like a hunch bet for the occasional racegoer, he has more going for him than just a catchy name – Derby ancestry, Live Oak upbringing, admirable consistency, and the hint of possibly more to come. 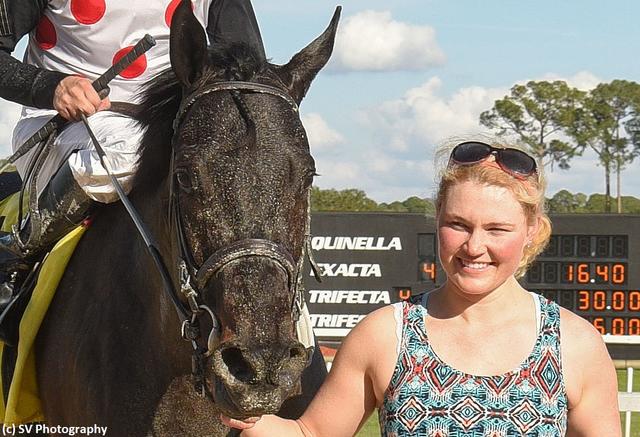