“We’ll see how he comes out of (today’s race),” Cox said about pursuing the Kentucky Derby. “I’d like to congratulate John and Elizabeth Fort (of Peachtree Stable). This was John’s idea, to come back in two weeks immediately after the Jeff Ruby. He said, ‘We need to look at this race,’ and I said, ‘Well, I nominated him.’ We watched him and he seemed to have a great energy level and his weight’s great. He’s a good-looking colt – really good-looking. (John Fort) picked him out.”

Jockey Florent Geroux was more bullish on the three-year-old, who finished fifth when making his first stakes and dirt start in the Feb. 19 Risen Star (G2) at Fair Grounds.

“He needed the race,” Geroux said. “(The Risen Star) was his only (previous) start on the dirt (and the race) was definitely the key (prep for) the Kentucky Derby. It looked like every horse who ran in there all came back and ran some very strong races, so we were hoping to do the same thing. (Tawny Port did) that today, in a very powerful way at the high end on the dirt. Looks like the distance should be no problem, and I hope the connections will take a swing at (the Derby).”

Off as the 5-1 second choice among 11 runners, Tawny Port dropped back to eighth in the early stages as Major General showed the way through splits in :23.85, :48.01, and 1:12.45. The Todd Pletcher-trained pacesetter was still clinging to a short lead in upper stretch, but Tawny Port had rallied into contention on the far turn and carried his momentum into the final furlong.

Tawny Port drove clear late, and Major General held second by a length over 9-5 favorite In Due Time. Ethereal Road, Strava, Dash Attack, Midnight Chrome, Howling Time, Call Me Midnight, Skate to Heaven, and We All See It completed the order of finish.

Opening his career at Turfway in early December, Tawny Port convincingly broke his maiden, and he came back a month later to capture an entry-level allowance on the Tapeta.

He continued his progression in the Lexington.

WinStar Farm, which has bred a pair of Kentucky Derby winners, bred Tawny Port, and the dark bay colt was purchased for $430,000 as a yearling at the 2020 Keeneland September sale. He’s out of the stakes-winning Macho Uno mare Livi Makenzie.

“He responded today,” Cox said. “There was a little bit of a question mark with how well he would handle the dirt...it worked out today.” 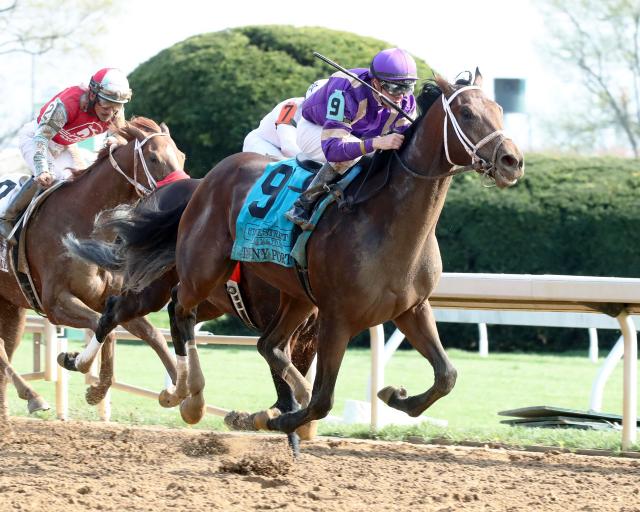