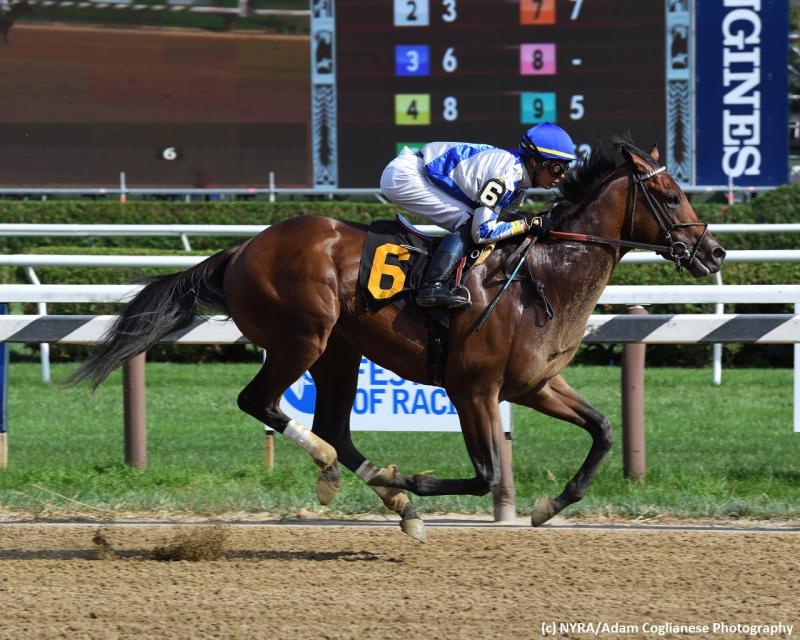 Just as political polls are a snapshot in time, so are rankings of Kentucky Derby (G1) hopefuls that can – and will – change as new evidence becomes available.

Hence I offer my latest list with a degree of trepidation, knowing with moral certainty that it will be rewritten after the upcoming “Win and You’re In” contests for the November 2 Breeders’ Cup Juvenile (G1) at Churchill Downs. All three of those Breeders’ Cup preps are also Derby points races, so they could have a long-term bearing on the field come the first Saturday in May 2019.

Pending what we learn from Saturday’s American Pharoah (G1) at Santa Anita, followed by the October 6 Champagne (G1) at Belmont Park and the Breeders’ Futurity (G1) at Keeneland, here are the 10 juveniles who have impressed me most as possible Derby candidates so far.

1. MUCHO, although beaten in the Hopeful (G1), has exceeded expectations for a colt of his profile at this very early stage of his career. The exquisitely bred son of Blame, famous for denying Zenyatta in the 2010 Breeders’ Cup Classic (G1), represents connections long praised for their conservative handling of youngsters. It’s telling that Hall of Fame trainer Bill Mott had a Claiborne Farm/Adele Dilschneider homebred ready to debut sprinting 5 1/2 furlongs at Belmont Park on June 10, where he finished a promising second. Mucho took a leap forward in a resounding, 9 3/4-length maiden romp at Saratoga, recording a 96 Brisnet Speed rating. If he regressed slightly as the runner-up to Mind Control in the Hopeful, the big picture remains very favorable. Of concern at the moment, however, is a recent Daily Racing Form report that he's getting a break. Plans call for him to resume training later this fall to gear up for 2019. l’m keeping him on top at the moment as a vote of confidence in his long-term future, but a new number one should emerge in the next couple of weeks.

2. GAME WINNER , who gave Hall of Fame trainer Bob Baffert a 14th win in the Del Mar Futurity (G1), is another boasting long-term appeal. By Candy Ride, sire of reigning Horse of the Year Gun Runner, the unbeaten colt dominated his Del Mar debut before upstaging well-touted stablemate Roadster (see below) in the seaside track’s marquee race for juveniles. The only reason the Gary and Mary West runner is not number 1, yet, is the way the Del Mar Futurity unfolded: Game Winner ran down a visibly tiring Rowayton, while the subpar Roadster obviously didn’t fire. In other words, in a Baffert barn loaded with hot prospects, the pecking order has yet to be determined. Which brings us to the next on the list…

3. TALE OF THE UNION, arguably Baffert’s most dynamic maiden winner, is expected to get his chance against Game Winner in the American Pharoah. Purchased for $925,000 at Fasig-Tipton Midlantic in May, the son of 2012 Belmont (G1) hero Union Rags comes from the family of Hall of Fame sprinter Housebuster. That raw speed was on display in his 5 1/2-furlong debut at Del Mar, an eight-length rout that earned him a 101 Brisnet Speed rating. The Michael Lund Petersen colorbearer struck me as the type who may carry that speed, however, over a route of ground.

4. AURELIUS MAXIMUS will fly onto more radars if he performs as well as I hope in the Champagne. Trained by Chad Brown for Stonestreet Stables, George Bolton, and Peter Leidel, the blueblood by American Pharoah’s sire, Pioneerof the Nile, improved from a third at Saratoga to romp in a maiden at Belmont around the same one-turn mile as the Champagne. Ironically, runner-up Fullness of Time had also finished second in Mucho’s maiden. I usually take a wait-and-see approach with wide-margin winners in the slop, but Aurelius Maximus could be the total package.

5. STANDARD DEVIATION, another hot Brown prospect, is pointing to the Breeders’ Futurity according to Daily Racing Form. Klaravich Stables’ $450,000 Curlin colt scored first time out at Saratoga, emphatically, with the only proviso being it was a maiden rained off the turf against just five rivals. On the other hand, Cairo Cat (see below) won a similar off-the-turf maiden at the Spa before upsetting the first Derby points race, the Iroquois (G3), so maybe that’s a plus this year.

6. ENDORSED is bred to thrive over longer distances, so the son of Medaglia d’Oro and the Grade 1-winning Tapit mare Dance Card signaled real talent to get up in his six-furlong debut at Saratoga. A Godolphin homebred from the Kiaran McLaughlin barn, he gained traction late to catch the speedier 7-5 favorite Ahead of Plan. A big performance in the Champagne would propel him way up on this list.

7. CAIRO CAT quickened smartly off a moderate pace to get up in the Iroquois, and his form intersects with two graded stakes from Saratoga. In his aforementioned maiden win, the Ken McPeek trainee beat next-out With Anticipation (G3) hero Opry, and in the Iroquois, he collared Tight Ten, who was coming off a second in the Saratoga Special (G2). The son of promising freshman sire and onetime Derby favorite Cairo Prince will face stiffer tests from up-and-comers, but he’s put himself in the discussion.

8. MAGIC ON TAP, another of the Baffert armada, shaped like a horse already wanting much more than the 6 1/2 furlongs of his debut score at Del Mar. By Tapit and out of Grade 1-winning sprinter Aubby K, he’s a gray like his sire. His coat color makes him unlike his bay full brother Principe Guilherme, the Lecomte (G3) third who failed to progress on the 2018 Derby trail. Magic on Tap looked more of a lumbering type as he forged ahead in 1:17.58, a time considerably faster than the 1:18.90 posted by stablemate Much Better earlier on the same day.

9. ROADSTER generated the most buzz of a Baffert maiden winner, since the Hall of Famer had described him as the next Justify. If he delivered on debut with a convincing 4 1/4-length tally, he did not in the Del Mar Futurity, winding up a lackluster third as the 3-5 favorite. Roadster had a breathing issue (a displaced palate) and underwent a minor throat procedure to address it. Baffert revealed he’ll get time off to regroup for the Derby trail, ruling him out of the Breeders’ Cup. Thus Roadster remains on the list as a serious contender down the road, in hopes we’ll see him fulfill potential.

10. INSTAGRAND, the most sensational two-year-old colt seen this season, has been demoted to the bottom slot because of owner Larry Best’s decision to shelve a reportedly healthy horse. That’s regrettable because Instagrand looked freakish when demolishing his two starts by more than 20 lengths combined, a Los Alamitos maiden and the Best Pal (G2). While I’m hesitant whether an Into Mischief colt with his blazing speed could end up winning the Kentucky Derby, Instagrand may well have gone unbeaten through the Breeders’ Cup and clinched an Eclipse Award. Now he’s deprived of that opportunity to maximize his developmental advantage over his rivals. Best is well-intentioned, believing that spelling Instagrand will serve his long-term goals (as he explained to Blood-Horse’s Jeremy Balan), but there’s no guarantee that resting now will keep him sound later. Fingers crossed that he picks up right where he’s leaving off.

Now let’s see how many can retain their Top 10 spots after the American Pharoah, Champagne, and Breeders’ Futurity! 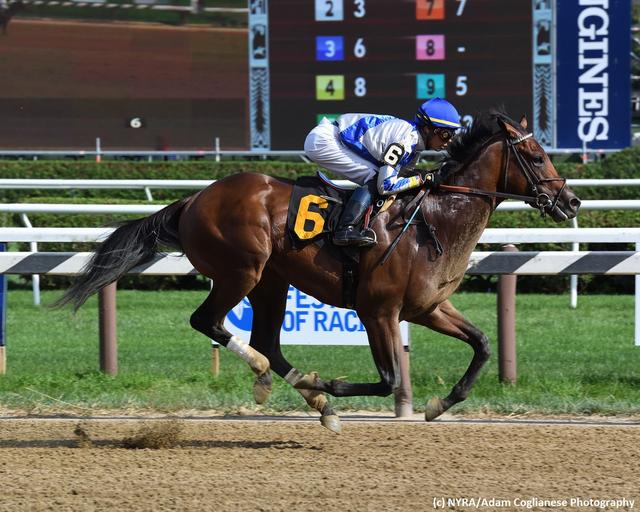