The Grass Is Blue adds blinkers for Busanda

After a rallying neck third in the Dec. 26 Ann Arundel County S. at Laurel Park, The Grass Is Blue heads a field of five fillies entered for Sunday’s $100,000 Busanda S. at Aqueduct.

The Grass Is Blue posted a sharp allowance tally at Keeneland three starts back, but she didn’t experience the best trip when sixth in the Songbird S. in her next start. The Broken Vow filly was favored at 7-5 odds in the Ann Arundel, but the chestnut broke poorly and trailed before offering a bid in the stretch.

Chad Brown will add blinkers in an attempt to keep The Grass Is Blue more focused during the early stages, and Manny Franco picks up the mount.

Todd Pletcher has entered a pair in Coffee Bar and Traffic Lane.

Coffee Lane exits an 8 1/4-length romp over New York-bred maiden special weight rivals at Aqueduct in her second start. Kendrick Carmouche retains the mount on the daughter of Outwork.

Traffic Lane posted a nice turf maiden tally two back, but she will need to improve upon a well-beaten fifth in the Dec. 5 Demoiselle S. (G2) on Aqueduct's main track. Jose Lezcano has been named to ride.

Wonderwall, who exits a 10-length romp over allowance/optional claiming foes at Laurel Park, and last-out Tampa Bay Downs maiden scorer Diamond Ore round out the cast of 3-year-old fillies. 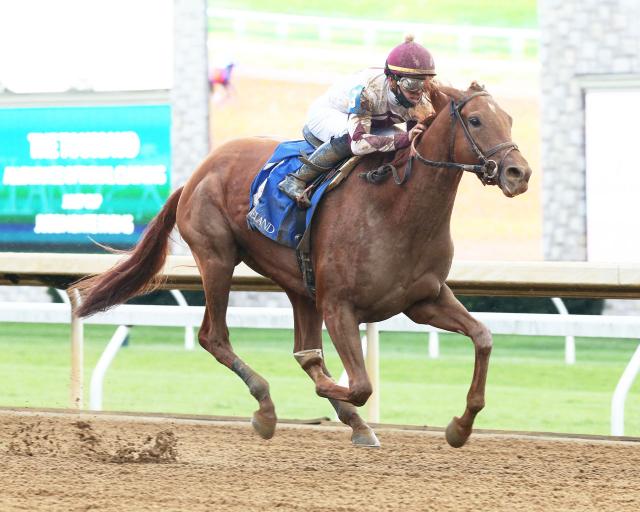