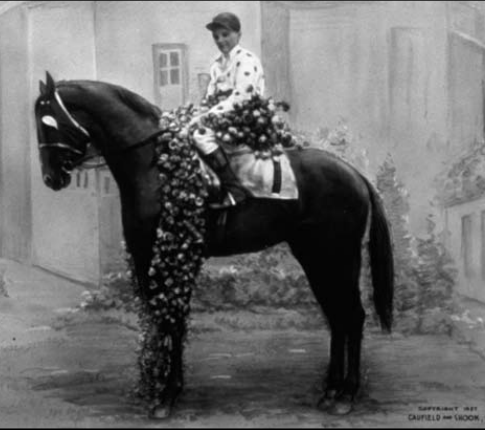 Farm boy has a fondness for horses, tries his hand at being a jockey until he gets too big, goes on to become a Hall of Fame trainer with a record number of wins in Triple Crown races.

Bob Baffert? No, James E. “Sunny Jim” Fitzsimmons, the only horseman to train two Triple Crown winners in Gallant Fox (1930) and son Omaha (1935). Baffert would join him if Justify follows in the hoofsteps of American Pharoah (2015).

Another Hall of Famer, Ben Jones, was involved in two, more so with the first than the second. The trainer of 1941 Triple Crown champion Whirlaway, Jones was also involved in Citation, but son Jimmy played a key role in his 1948 sweep. While “Plain Ben” was the trainer of record in the Kentucky Derby, Jimmy was Citation’s conditioner for the Preakness and Belmont.

Fitzsimmons was given the “Sunny Jim” moniker by the New York World's George Dailey, inspired by a comic strip character reminiscent of his good-natured disposition. The racing world bestowed other names indicative of the respect that he universally inspired – the “dean of American trainers,” the “Sage of Sheepshead Bay,” and most often, “Mr. Fitz.”

By the time he retired in June 1963, just a month away from his 89th birthday, Fitzsimmons had devoted more than three-quarters of a century to the game. A Turf Flash editorial honored the occasion by noting that his “contributions to the Thoroughbred sport parallel those of Babe Ruth to baseball and Red Grange to football.”

Mr. Fitz had come a long way from his father’s farm in Brooklyn, where he was born July 23, 1874. George Fitzsimmons sold the farm produce from his horse-drawn wagon, and little James looked forward to the times when his dad would let him drive.

The Fitzsimmons parcel of land was later subsumed into Sheepshead Bay racecourse.

“They built that racetrack right around me,” Mr. Fitz told James Roach in a 1949 New York Times article marking his 75th birthday.

"My father's house was located close to where the judges' stand was put up. They finished the track in 1880, six years after I was born. Mr. Clare, father of Tom Clare, who later was the Saratoga superintendent, had the job of grading the site. He used to take me up behind him on his horse and ride me around the place. I guess I was the first jockey ever to ride down the Sheepshead Bay stretch."

Mr. Fitz’s career on the track began at the tender age of 10, of course at Sheepshead Bay. His first job is variously described as stable boy or kitchen helper, but the starting date is precise:  March 4, 1885, inauguration day for President Grover Cleveland. That was an unforgettable occasion because the stable hands were celebrating with egg nog, and they gave the 10-year-old newbie some. It was spiked.

“Funny thing – when I walked home I discovered that there were more trees around than there usually were,” Mr. Fitz quipped.

By the time he turned 14, he graduated to the position of exercise rider for the high-profile Dwyer Brothers stable. But it nearly ended his association with racing, or would have if he’d heeded doctor’s advice.

Mr. Fitz recalled the events in a July 25, 1963, Morning Telegraph article by a turf writer who would become an institution himself – Joe Hirsch.

"Yes, I remember old Monmouth Park…I was 14 years old when I came down from New York with the stable of the Dwyer brothers. There was no racing going on here at the time, but we were getting the horses ready for the meeting when I contracted malaria. They put a plaster over my heart, and after a while the malaria was gone. When the doctor examined me later, he told me I had palpitations of the heart; to avoid the racetrack and excitement for the rest of my life. Looking back, I wonder if he knew what he was talking about."

Thankfully, Mr. Fitz instead stayed in the sport. He next tried his luck as a jockey, booting home his first winner, a horse named Crispin, at Gloucester in New Jersey, and he continued to ply his trade at similarly small tracks (the “frying pan circuit”) off the beaten path. Self-deprecating in later years about his ability as a rider, Mr. Fitz recounted how he was whipping and driving a horse in a night race, fearing a rival closing in, only to realize afterward that he was racing a shadow cast by the gas lights.

Battling against his weight became too much for him as the 1890s wore on, and Mr. Fitz turned his hand to training. His first win as a trainer came with Agnes D at Brighton Beach in 1900, but it was a hard-scrabble existence trying to support his wife, Jennie, and children. Jennie’s stepmother arranged a streetcar job for him, an offer he considered until believing he could earn more on the racetracks than the streetcar tracks. 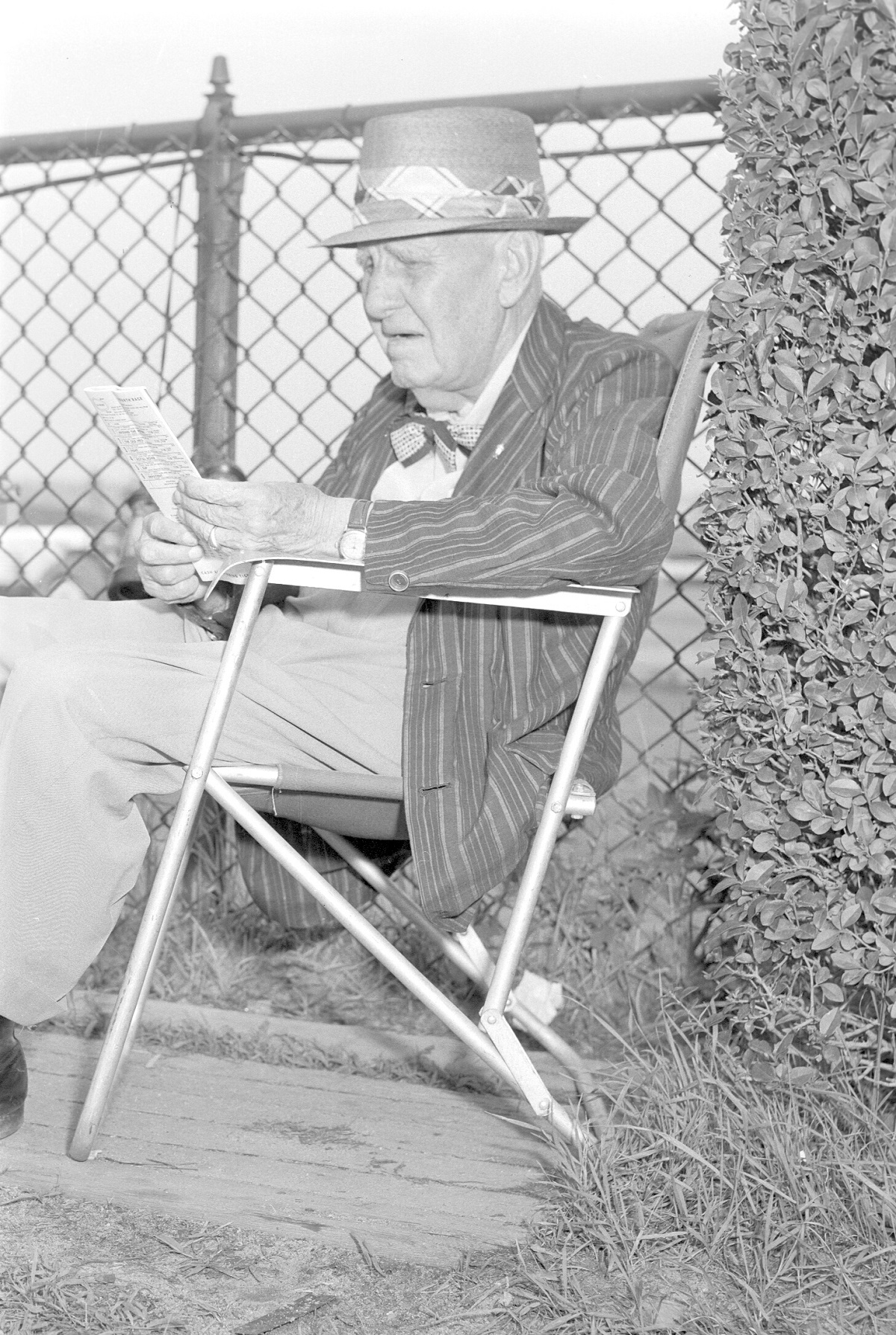 Subsequent success did not dim his appreciation of his blue-collar warriors who had kept him afloat on the “leaky roof circuit.”

When asked in 1963 about his favorite horse – with no shortage of stars to choose from – Mr. Fitz identified a horse named Poquessing from his early days, known virtually to him alone.

"Nothing special about him really," he said in the aforementioned Morning Telegraph, “except that when he didn't win, he and I didn't eat. This was back when I first started training, and luckily, he won often enough to keep us both from going hungry. So he is my favorite horse."

Mr. Fitz sounded the same theme when donating his trophy collection to Aqueduct in 1960, as New York Journal-American sportswriter Murray Robinson recounted in a column following the great horseman’s passing in March 1966.

"I wish…that I had trophies for some horses nobody remembers or even heard of. But they'll live forever in my heart. They put the pork chops on the table for me when the going was rough. Honest horses, they were, and they kept me going. There are no monuments to horses like that, except in a man's memories."

Mr. Fitz’s affection shines through another comment he made in Time magazine’s August 7, 1939, edition:

Mr. Fitz elaborated on his idea of the trainer’s role in an interview with John McNulty for a March 30, 1956, feature in Colliers magazine.

"The beauty of this racing game is nobody can corner it, no matter how many million dollars he got. No matter how much brains he got either. Because nobody can look at a yearling or a baby two-year-old and tell what's inside the horse. He can look good – good legs, good chest, good head, all that. But inside, nobody knows. You can't see what's inside – lungs, heart, brains…

“Something that makes you able to keep going just one little bit more...Make the other guy quit, not ever you…

"Running, that's his business he's on earth for. There comes a time when he simply got to get at his business, running. He feels like he just plain got to run, that's all. Well, part of my job is to train him so he'll feel exactly that way, crazy to run, at exactly the right time, at exactly the time they go to the post.”

All of the cited articles are accessible on fitzbook.com, a labor of love by Mr. Fitz’s descendant Jimmy Carr. Check it out for many more treasures from the archives, including photos. 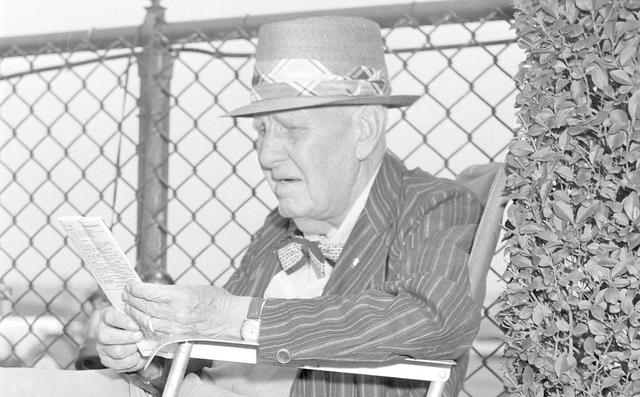