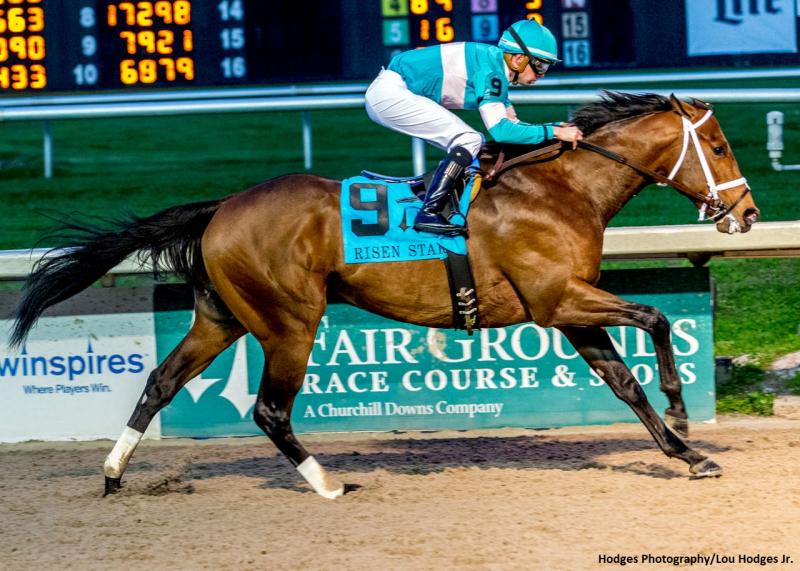 The Feb. 15 Risen Star (G2) at Fair Grounds split into division, with each maintaining the original $400,000 purse value, and point values in the Kentucky Derby qualifier increased to 50-20-10-5 for the top four finishers.

Here are three takeaways from the first division of the Risen Star:

1 – Mr. Monomoy adds speed to the Kentucky Derby picture, posting a wire-to-wire upset in the first division of the Risen Star as the 7-1 fifth choice among 11 runners. The half-brother to 2018 champion 3-year-old filly Monomoy Girl led all the way when breaking his maiden at Churchill Downs in mid-November, but Mr. Monomoy had utilized stalking tactics while placing in the last two starts, including a third-place effort in the Jan. 18 Lecomte (G3) at Fair Grounds.

The Brad Cox-trained colt had everything his own way during the opening stages of the Risen Star, leading by about a length through the opening five-eighths, and the Fair Grounds main track played favorably to speed with front-running types winning six races Saturday. Mr. Monomoy deserves kudos for turning back a stiff challenge from Blackberry Win on the far turn, reasserting control while drawing clear in upper stretch with a sharp turn of foot, and he won comfortably by a 2 1/2-length margin.

However, Mr. Monomoy may be hard-pressed to maintain similar tactics this spring. Nadal, Authentic, Ete Indien and Independence Hall are among a speedy contingent of 3-year-olds aiming to qualify for the Kentucky Derby in the coming weeks, and it will be interesting to see what tactics Mr. Monomoy employs next time.

2 – The first division of the Risen Star was faster, with Mr. Monomoy registering a career-best 96 Brisnet Speed rating after completing 1 1/8 miles in 1:50.43. He received a solid 97 Late Pace number after finishing the final three-eighths in :37.58, more than a second faster than Modernist (:38.66).

His form improved from the Lecomte, but Mr. Monomoy has not established himself as a serious Kentucky Derby win contender yet. I want to see him earn a triple-digit Speed figure in the final prep. Cox said the March 21 Louisiana Derby is an option, but he will wait before deciding on the colt’s next outing.

3 – Enforceable ran well for second. The Lecomte winner was too far back during the early stages, last of 11 rounding the first turn, and improved positioning to midpack with a nice middle move along the backstretch. He kept advancing along on far turn, and Enforceable closed with good energy to overtake 3-1 favorite Silver State late for runner-up honors.

A gray son of Tapit, Enforceable did not need to win the Risen Star. The confirmed closer continued to progress by offering multiple moves on Saturday, and he netted an encouraging 102 Brisnet Late Pace rating. Enforceable is now in great shape to make the Derby field with 32 points, and Mark Casse is building toward a peak effort on the first Saturday in May. 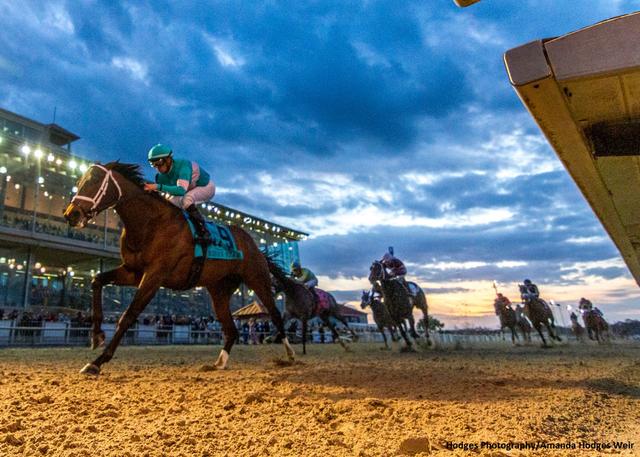