Point values for the top four finishers increased to 50-20-10-5 in the Feb. 15 Risen Star (G2) at Fair Grounds. The Kentucky Derby qualifier was split into divisions, with each maintaining the original $400,000 purse value.

Here are three takeaways from the second division of the Risen Star:

1 – Modernist received the right trip to win his stakes debut in front-running fashion, with late runners making no impact in the second division of the Risen Star. After posting a wire-to-wire maiden win at Aqueduct, the Bill Mott-trained colt was eager from his rail post and held his positioning entering the first turn as Ny Traffic showed speed from the outside. Major Fed, who overtook Ny Traffic in deep stretch for second, raced in the next flight behind the early leaders in fourth as the field made its way down the backstretch.

Speed played well all afternoon, with Modernist becoming the sixth front-running winner on the main track Saturday, but the Risen Star still represented a significant class hike from a 1 1/8-mile maiden race at Aqueduct in late January. Modernist dismissed Ny Traffic entering the stretch, surging clear with a furlong remaining, and held sway for the one-length score despite switching back to the wrong lead late.

2 – Second division did not come back fast, with Modernist receiving only a 92 Brisnet Speed rating. His final time (1:51.28) was nearly a second slower than the first division (which was won by Mr. Monomoy), and the dark bay posted only an 86 Late Pace number after needing 38.66 seconds to complete the final three-eighths of a mile.

This was only his first start versus winners, but Modernist will need to run faster in the final prep to be a viable Kentucky Derby contender.

3 – Remains intriguing. Three-year-olds can improve by leaps-and-bounds at this time of the year, and Modernist has some things going for him. By Uncle Mo, the sire of 2016 Kentucky Derby winner Nyquist, the dark bay colt hails from a regal female family, with 2009 Broodmare of the Year Sweet Life his second dam, and I like how he’s shown speed in the last two starts after a couple of plodding performances to open his career.

Modernist has gained confidence winning the last two starts, and one could argue he’s just starting his progression for a Kentucky Derby-winning trainer. 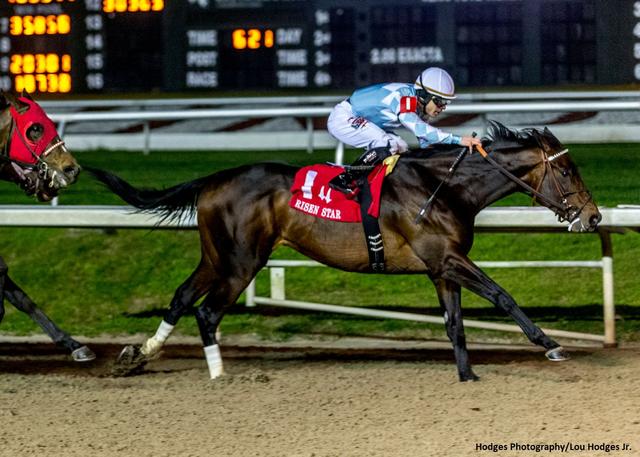