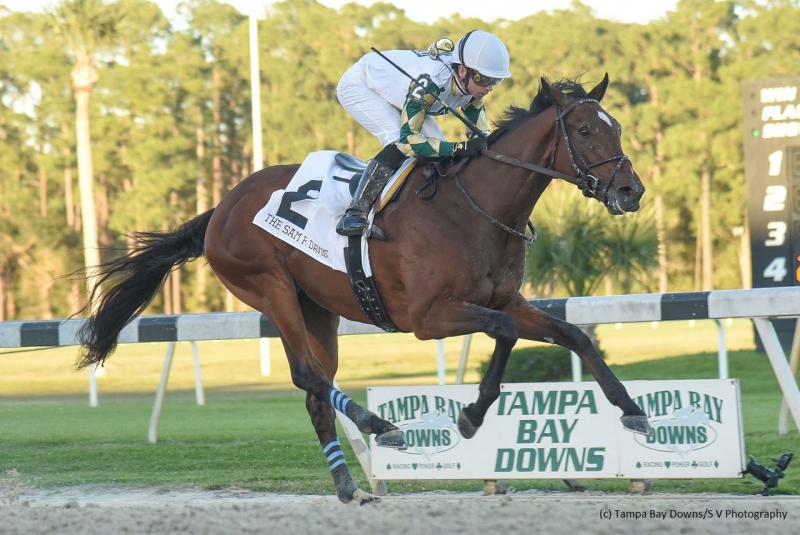 Here are three takeaways from the Holy Bull:

1 – Sole Volante sprung an upset over Independence Hall in the Davis, earning 10 points toward a Kentucky Derby berth in his first try at a qualifier. By 2014 Breeders’ Cup Mile (G1) winner Karakontie, the gelding was easily classified as an up-and-coming turf prospect after winning his initial two starts on the green, including the Pulpit S. in late November, but he switched his to the main track with a rallying third in the Jan. 4 Mucho Macho Man at Gulfstream Park.

The Patrick Biancone trainee continued to improve in the Davis, overtaking 3-5 favorite Independence Hall and kicking clear to a 2 1/2-length decision, and the confirmed closer netted a 108 Brisnet Late Pace number.

2 – Sole Volante has registered triple-digit Brisnet Speed ratings in both dirt starts. He received the right set-up in the Davis, with a pair of speedballs mixing it up through hot splits, and the depth of the competition was questionable, but Sole Volante distinguished himself by receiving a 102 Speed rating.

Only Tiz the Law (108 for the Feb. 1 Holy Bull [G3]) has run faster in a Road to the Kentucky Derby series qualifier.

3 – Independence Hall’s reputation took a major hit. He did not relax during the early stages, forcing Jose Ortiz to take a serious hold as he tried to chase a pair of dueling pacesetters, and finally pulled his way to the front nearing the completion of the far turn. But Independence Hall didn’t have much left for the latter stages as the winner surged past in the final sixteenth of a mile.

After capturing his first three starts by open lengths, the two-time stakes victor looked better suited to distances shorter than the 1 1/4-mile Kentucky Derby on Saturday. That could change if Independence Hall learns how to relax during the early stages of upcoming prep races, but the Davis was not encouraging.