Three Takeaways from the Southwest

The second of four Kentucky Derby qualifiers at Oaklawn Park, the Feb. 17 Southwest (G3) awarded points on a 10-4-2-1 scale to the top four finishers.

Here are three takeaways from the Southwest:

1 – Silver Prospector reinvigorated his Kentucky Derby hopes, rebounding from a disappointing fourth in the Jan. 24 Smarty Jones at Oaklawn Park. After dropping far back over a speed-favoring track last time, the gray colt received a much better stalking trip in the 1 1/16-mile Southwest, settling 1 1/2 lengths off the pace in third after the opening half-mile. He swung off the rail entering the stretch drive and wore down a game Wells Bayou to prevail by a length.

Winner of the Kentucky Jockey Club (G2) at Churchill Downs in his juvenile finale, Silver Prospector netted a career-best 96 Brisnet Speed rating in the Southwest. He’s by Declaration of War, an accomplished turf performer overseas who missed by only a neck in third when trying dirt in the 2013 Breeders’ Cup Classic (G1) at Santa Anita, and Silver Prospector rates as the top Kentucky Derby contender presently for Hall of Fame trainer Steve Asmussen.

The Kentucky Derby is a focus for Asmussen, who has won nearly every big U.S. race except the first leg of the Triple Crown, and Silver Prospector has shown an affinity for Churchill Downs. I want to see his Speed ratings continue to rise in upcoming prep races.

2 – Experience edge. Silver Prospector is in a good spot to make the Kentucky Derby, with 21 points and possibly two prep races remaining (Rebel and Arkansas Derby), and he would probably be the most experienced runner in the projected 20-horse field. The Southwest marked his eighth career start, which means he could arrive at Churchill Downs with 10 races under his belt.

In this era of lightly raced horses, 10 starts has become an anomaly -- it’s become common to see Kentucky Derby horses with only four career appearances beforehand. Last year, five horses made their fifth career start in the Kentucky Derby (Maximum Security, Tacitus, Vekoma, Roadster, and Spinoff), and none had raced as many as 10 times previously.

3 – Wells Bayou left a favorable impression finishing 5 1/2 lengths clear of third in his stakes debut. It marked the first start on a fast track for the Brad Cox-trained colt, who entered with a 2-for-3 record. He broke his maiden on a sloppy oval at Keeneland, and opened his 3-year-old campaign with a convincing front-running tally over a muddy Oaklawn track on Jan. 26.

By Lookin at Lucky, Wells Bayou is from the same female family of 2008 Kentucky Derby winner Big Brown. He drew a tough rail post in the Southwest and was hustled from the starting gate by Florent Geroux, establishing fast splits in :22.89 and :46.60 on a short lead, and dug in when challenged by the winner in the stretch. I won’t be surprised if he has more to offer next time. 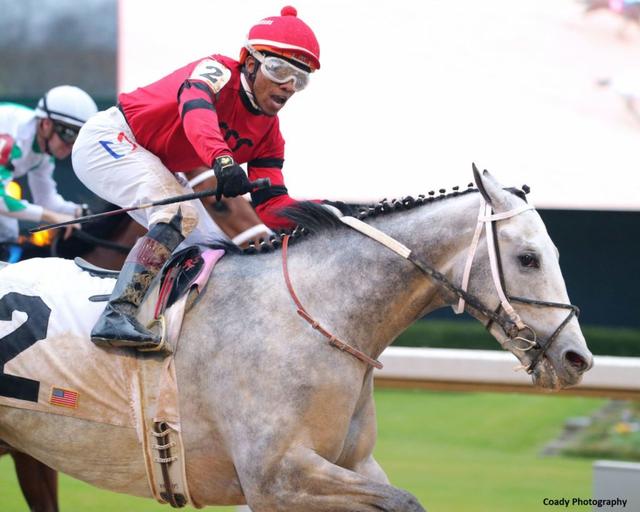