Three Takeaways from the Withers 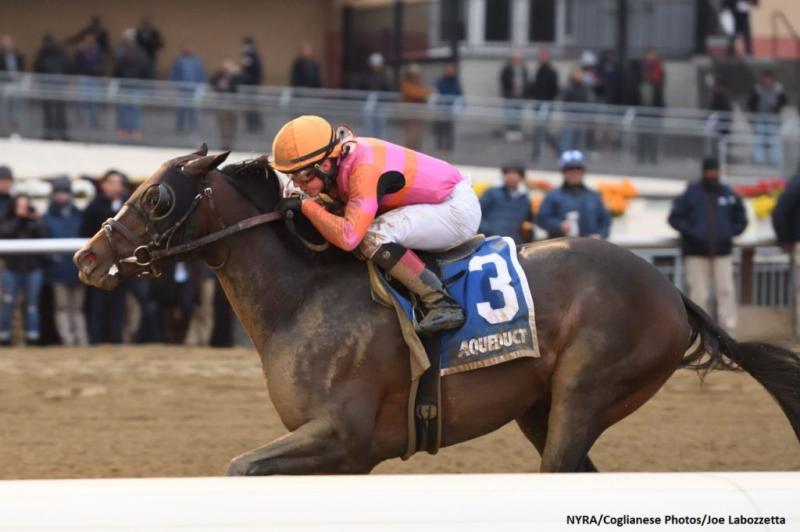 Here are three takeaways from the Withers:

1 – Max Player went from relative unknown to Kentucky Derby contender in the Withers. A convincing maiden winner at Parx on Dec. 17, he rallied through the stretch to overhaul the pacesetter and drew away late to a 3 1/4-length decision in his stakes debut at Aqueduct. Max Player netted 10 points toward a Derby berth in the qualifier.

The dark bay son of Honor Code could give trainer Linda Rice her first Derby starter with further improvement.

2 –Distance does not look like an issue for the winner. Max Player relished the stretch out to 1 1/8 miles in the Withers, asserting control in the latter stages, and he appears to be drawing from stamina influences like A.P. Indy (male line) and Mr. Prospector (female) in his pedigree.

Runner-up Shotski may want no part of the 1 ¼-mile Kentucky Derby distance. After getting away with uncontested lead in a Remsen (G2) upset, the bay colt dug faced pressure but still got away with comfortable fractions (:49.16 and 1:13.99) as the Withers pacesetter. He appeared all-in at the top of the stretch, and overwhelmed by the winner in the final sixteenth of a mile. Shotski’s Derby prospects took a hit in the Withers.

3 – Wood Memorial on April 8 will tell us more. Max Player registered a respectable 95 Brisnet Speed rating, an increase of six points from his maiden win, but he really had to grind it out on the far outside while completing 1 1/8 miles in 1:53.87. The competition was not deep in the Withers, and the question remains whether he will be fast enough this spring, but the developing 3-year-old is still figuring things out.

We will get a better gauge where Max Player fits when he makes his final expected prep in the Wood Memorial. 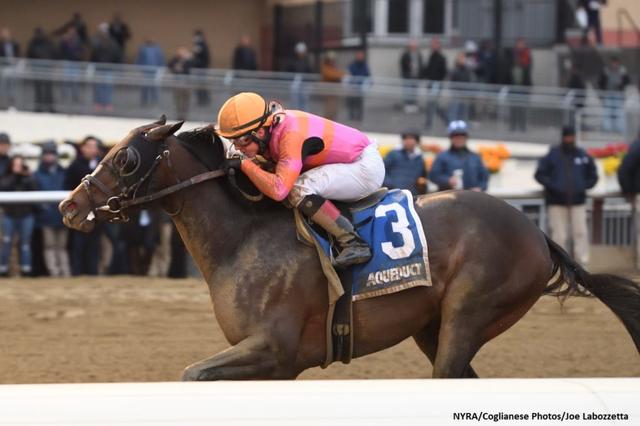