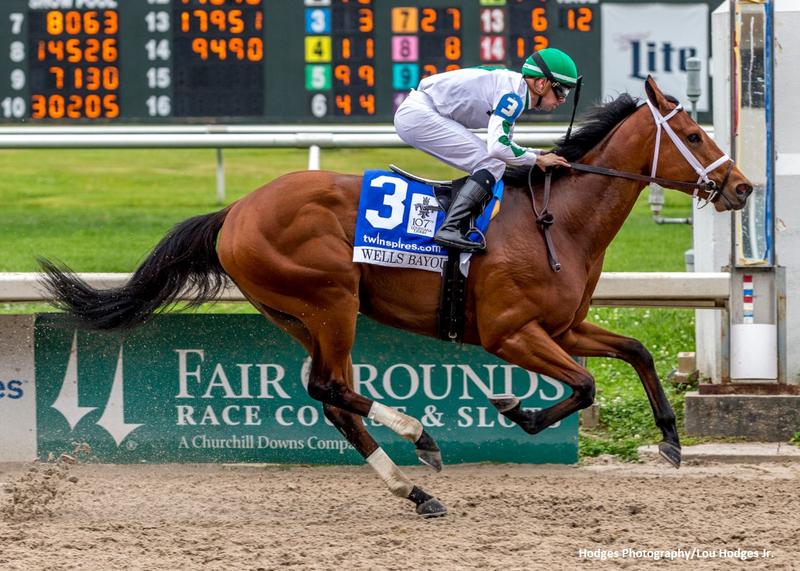 The Kentucky Derby has been rescheduled for Sept. 5, and the points-based qualifying system will remain in place. More qualifiers are expected to be added, and the $750,000 TwinSpires.com Louisiana Derby (G2) on March 21 marked the first 170-point race (100-40-20-10 scale) toward a berth in a 20-horse Derby field.

The distance was extended to 1 3/16 miles this year, and a full field of 14 went to the starting gate.

Here are three takeaways from the Louisiana Derby:

Wells Bayou caught wet tracks in the first three starts, sandwiching convincing maiden and entry-level allowance wins around an unplaced effort in late November, and he’s really come on for Brad Cox in the last two outings while stretching out in distance on fast surfaces.

The bay colt showed high speed when making his stakes debut in the Feb. 17 Rebel (G2) at Oaklawn Park, and dug in gamely when challenged by Silver Prospector to finish a clear second. After dictating a modest tempo in the Louisiana Derby, Wells Bayou had plenty in reserve and was never threatened in the final furlongs while scoring by 1 1/2 lengths.

Distance will not be an issue. By Lookin at Lucky, sire of 2019 Kentucky Derby winner Country House, Wells Bayou hails from the female family of 2008 Derby winner Big Brown. He registered a career-best 98 Brisnet Speed rating winning the Louisiana Derby, and the $105,000 2-year-old purchase is poised to give Cox his first Kentucky Derby starter.

Florent Geroux deftly guided Wells Bayou and has been to be a major factor in Kentucky Derby prep races, winning three of the last nine Kentucky Derby qualifiers in authoritative fashion upon front-runners. All three horses earned their first stakes victory with the Frenchman in the saddle.

Mr. Monomoy switched back to front-running tactics with Geroux and snapped a two-race losing skein in the Feb. 21 Risen Star (G2) first division, showing the way on a short lead before accelerating away in upper stretch to a 2 1/2-length triumph. Ete Indien displayed dynamic speed from the gate when Geroux picked up the mount in the Feb. 29 Holy Bull (G3) at Gulfstream, sprinting clear early from an outside post and romping by 8 1/2 lengths in the end.

Wells Bayou looks better-suited to longer distances than those rivals, but likely will need to show some tractability going forward. Bob Baffert has a pair of talented front-runners out west in Authentic and Nadal, and there’s more speed among 2020 Kentucky Derby contenders than usual.

Major Fed wasn’t ready for the break in post 1 and wound up last, a couple of lengths behind the nearest rival a few strides out of the starting gate. He continued to linger far back and checked slightly at the beginning of the far turn. The Ghostzapper colt started to gain momentum nearing the conclusion of the bend, swung about 10 wide into the stride, and launched a fine rally to make up a ton of ground over the final quarter-mile. He even bumped a couple of rivals while motoring home to be fourth.

A fast-closing second in the Risen Star second division, Major Fed will need to keep increasing his Brisnet Speed ratings, but the improving Greg Foley trainee has the right run style for speed-laden fields.

Enforceable did not break as poorly as Major Fed, and jockey Julien Leparoux urged his mount to establish better positioning after being too far back in the early stages of the Risen Star first division, but the gray son of Tapit does not get away from the gate well. And he wasn’t happy behind horses last Saturday, turning his head sideways as the field passed the finish line the first time. Enforceable angled wide into the first turn towards the tail of field, and offered a decent move into the stretch before weakening some for fifth.

The Louisiana Derby didn’t set up properly for him and turned out to be a frustrating effort, but Enforceable still packs a formidable late punch. 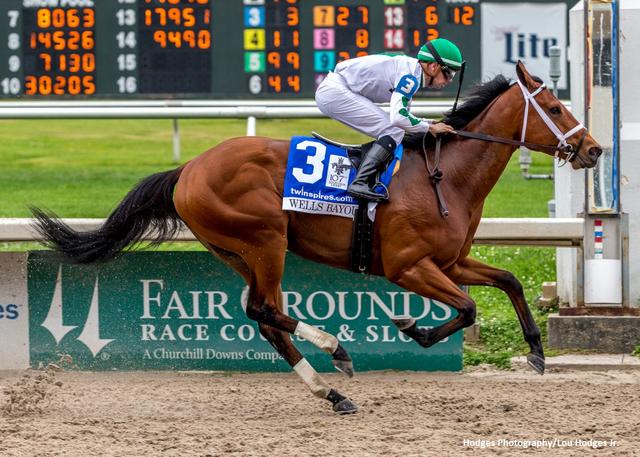