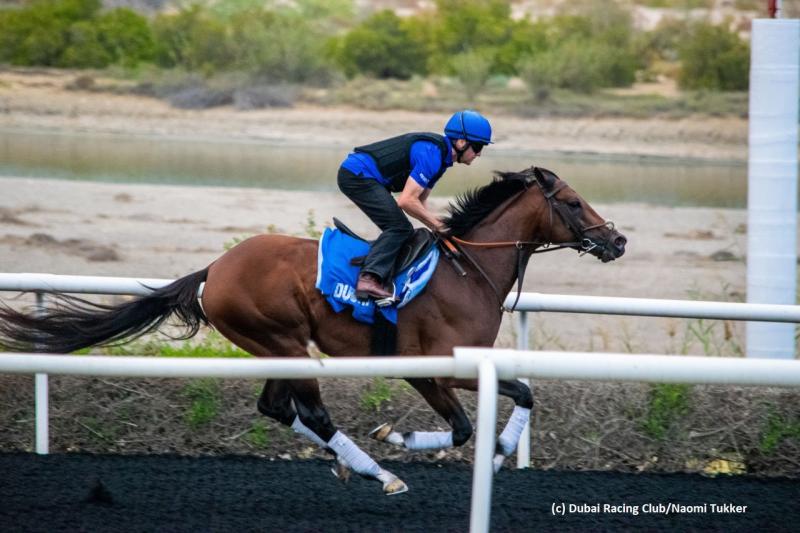 Two internationally based runners who were on the Triple Crown trail in the past couple of years, Thunder Snow and Gronkowski, reappear Saturday in a key prep race for the Dubai World Cup (G1). They square off in the $600,000 Al Maktoum Challenge Round 3 (G1), contested at the World Cup distance of about 1 1/4 miles at Meydan.

Godolphin’s Thunder Snow, the defending World Cup champion, has not raced since his third to Accelerate and Gunnevera in the November 3 Breeders’ Cup Classic (G1). That fine effort at Churchill Downs made amends for his only previous start at the track in the 2017 Kentucky Derby, where he was pulled up during a bucking bronco routine. Thunder Snow rebounded on the European turf that summer  and compiled a productive Dubai Carnival in 2018. Trained by Saeed bin Suroor, Thunder Snow will break from post 2 as the heavy favorite with regular rider Christophe Soumillon.

Gronkowski, winner of the inaugural European Road to the Kentucky Derby in 2018, unfortunately missed the Run for the Roses due to illness. Transferred from British trainer Jeremy Noseda to Chad Brown, Gronkowski made his U.S. debut in the Belmont (G1). The 24-1 shot exceeded expectations by rallying to beat all but Triple Crown champion Justify. Gronkowski failed to build on that performance in his subsequent outings, finishing eighth in the Travers (G1); sixth in the Jockey Club Gold Cup (G1), in which Thunder Snow was second; and third in the November 24 Discovery (G3) at Aqueduct. His owners, Phoenix Thoroughbred Ltd., sent him to Dubai to prepare for the World Cup, and he now gets to work from post 4 for trainer Salem bin Ghadayer.

Other key players in Round 3 include New Trails, arguably the value bet as a 10-1 chance off his closing second in the Al Maktoum Challenge Round 2 (G2); fellow improver Capezzano, a stablemate of Gronkowski’s; South Korean-based Dolkong, dominant in the Curlin H. in his latest over the track; and Cosmo Charlie, third in Round 2 but twice a stakes winner when allowed to dictate terms on the front end.

Round 3 is one of seven races on “Super Saturday,” all preps for corresponding events on the Dubai World Cup card on March 30.

The stepping stone to the UAE Derby (G2), the Al Bastakiya, has attracted UAE 2000 Guineas (G3) winner Estihdaaf, representing the same connections as Thunder Snow. Guineas third Red Cactus and subpar sixth Moshaher are both eligible to move forward in the rematch.

Manguzi was last seen beating Estihdaaf in the Al Bastakiya Trial, with Ken McPeek’s Grecko a solid fourth and Steve Asmussen’s Tone Broke sixth. Grecko, an Argentine Group 1 star, concedes weight all around as a Southern Hemisphere-bred. UAE Oaks (G3) vixen Divine Image is one of three fillies taking on the boys, and a strong effort would land her in the UAE Derby.

TwinSpires.com has a special promotion for Dubai Super Saturday. Watch and wager in the morning, with an early first post of 7 a.m. (EST). The Al Bastakiya goes off at 7:35 a.m. while later risers can still tune in for Thunder Snow and Gronkowski at 9:55 a.m. 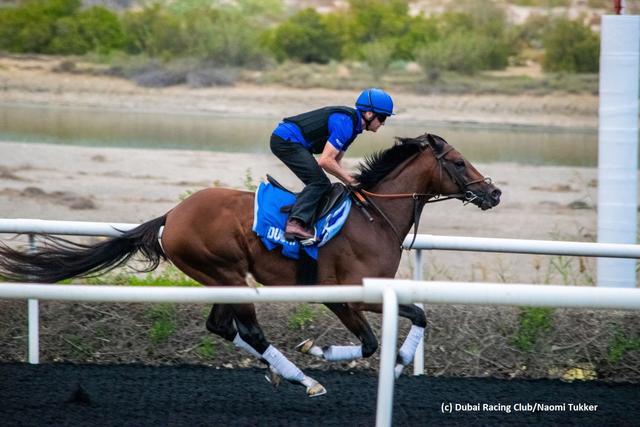