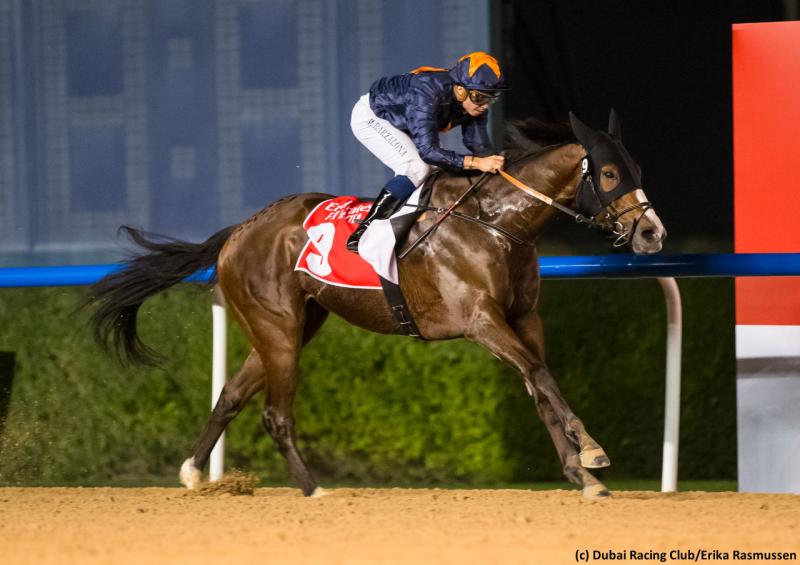 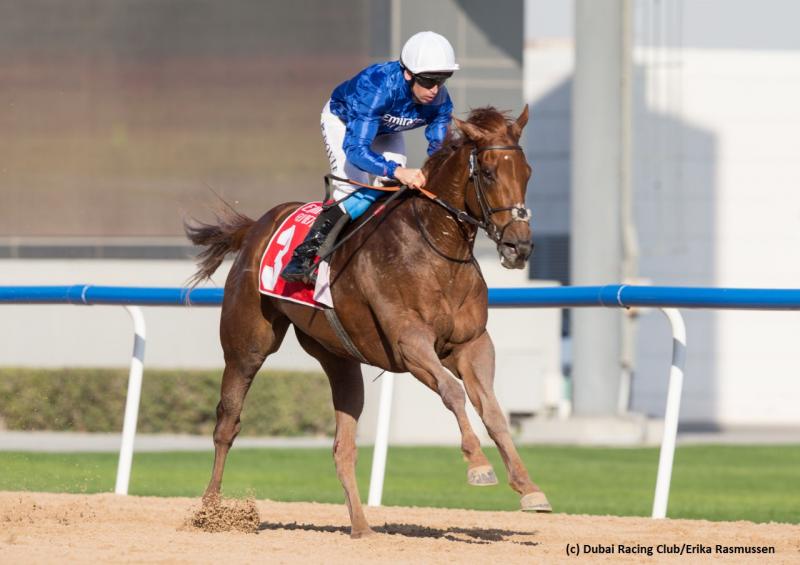 Reigning Dubai World Cup (G1) winner Thunder Snow was upset by Capezzano in the Al Maktoum Challenge Round 3 (G1) on Meydan’s “Super Saturday” program, but the Godolphin star should move forward from this comeback.

Trainer Saeed bin Suroor had cautioned that Thunder Snow needed the run after being off since the Breeders’ Cup Classic (G1), where he finished third. Although the betting public believed that his class edge would make up for his lack of race-fitness, dispatching him as the odds-on favorite, he was vulnerable to a rival in career form.

Sultan Ali’s Capezzano, a former Godolphin runner himself, had improved substantially since their meetings in previous years. Trained by Salem bin Ghadayer, the gelded son of Bernardini was coming off back-to-back wins during the Dubai Carnival, and plenty sharp enough to zip to the front from post 9. Jockey Mickael Barzalona deftly angled over to the fence, and Capezzano dictated the rest of the way.

Thunder Snow was in a good stalking spot early, and advanced turning for home, but couldn’t lift any further in the about 1 1/4-mile affair. As Capezzano put the race away in the stretch, Thunder Snow dropped 9 1/2 lengths back, just salvaging second by a neck from South Korea’s hard-charging Dolkong. Considering how well he traveled before understandably getting tired, Thunder Snow stands to benefit a lot from this prep for his World Cup title defense on March 30.

Gronkowski, a new stablemate of Capezzano’s, made late headway in fifth. That was a useful effort in his debut for bin Ghadayer, and he’s likely World Cup-bound as well.

Also on Super Saturday, UAE Derby (G2) prospects were tested in the Al Bastakiya at the same about 1 3/16-mile trip, and the boys were no match for the Godolphin filly Divine Image.

Proven at the distance when capturing the UAE Oaks (G3), the Charlie Appleby trainee turned in her most professional, and emphatic, victory on the dirt so far. Divine Image put herself in much better position than in her first two outings at Meydan, and her late kick was devastating as she pulled 7 1/4 lengths clear. Superior and Manguzi filled the minor placings, while UAE 2000 Guineas (G3) winner Estihdaaf folded to 13th after being hung out wide.

While Divine Image remains under consideration for the UAE Derby on World Cup night, Appleby indicated that she is also a candidate for the Kentucky Oaks (G1). The daughter of Scat Daddy (Justify’s sire) is not an early nominee to the Oaks, but connections can still make her eligible at a later stage. She already has 50 Oaks points thanks to her UAE Oaks score.

Divine Image was one of three winners on the card for Appleby, and four overall for Godolphin. Brisnet.com has recaps, quotes, and replays of all the Super Saturday races. 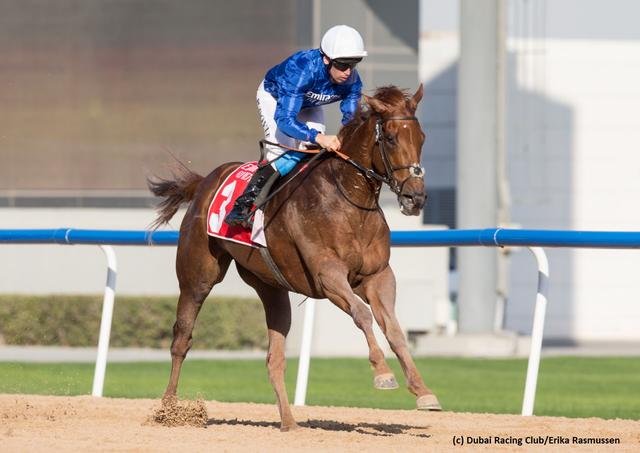