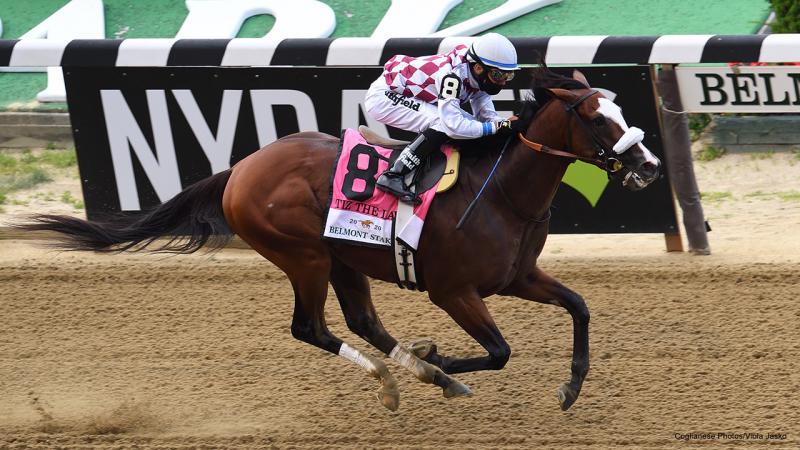 The 2020 Belmont Stakes (G1) was already going to be one of many firsts before Tiz the Law provided even more in Saturday's $1 million renewal, which kicked off the year's Triple Crown series at a reduced distance of 1 1/8 miles.

The 4-5 favorite, Tiz the Law dominated in the final quarter-mile to win by 3 3/4 lengths. It was the first Belmont victory for trainer Barclay Tagg, who captured the 2003 Kentucky Derby (G1) and Preakness (G1) with Funny Cide, and the first classic score for jockey Manny Franco.

Tracking in third as Tap It to Win set a swift pace of :23.11, :46.16, and 1:09.94, Tiz the Law was on cruise control as he ranged up beside that rival passing the quarter pole and, after Franco took a peek behind, responded readily to mild encouragement. Tiz the Law opened up and won convincingly in a time of 1:46.53 over a fast track.

The order of finish was completed by Tap It to Win, Sole Volante, Modernist, Farmington Road, Fore Left, and Jungle Runner.

Tiz the Law, the undisputed favorite at the moment for the Sept. 5 Derby, now owns a 5-for-6 record. He previously captured the Florida Derby (G1), Holy Bull (G3), and Champagne (G1), with his only loss being a third-place effort in the Kentucky Jockey Club (G2) at Churchill Downs last November over a sloppy track. Tiz the Law has now bankrolled $1,480,300.

Bred by Twin Creeks Farm, Tiz the Law was a $110,000 Fasig-Tipton Saratoga New York-bred sale yearling. By Constitution, he was produced by the Grade 2-winning Tiznow mare Tizfiz. This is the family of 1997 Horse of the Year-winning juvenile Favorite Trick.

Tiz the Law is the first New York-bred to win the Belmont since Forrester in 1882. 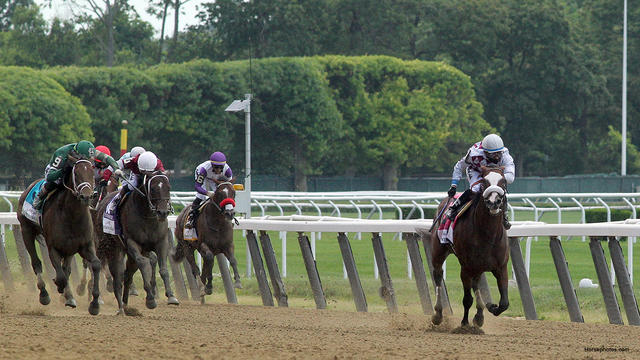