War of Will opens Championship Series with Risen Star win 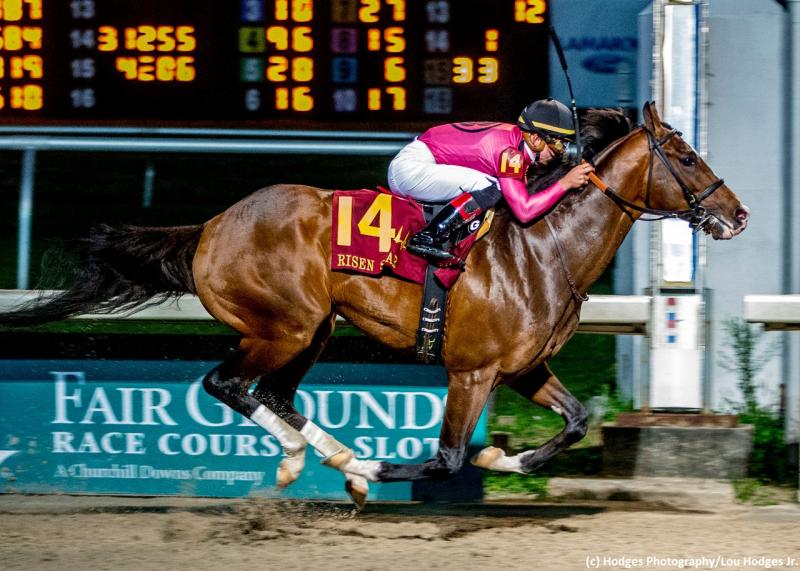 War of Will accelerated into the stretch with a clear lead and scored by a 2 ¼-length margin in the $400,000 Risen Star (G2), winning his second straight Kentucky Derby qualifier at Fair Grounds. Tyler Gaffalione had the mount for owner Gary Barber and trainer Mark Casse.

The first of 16 races in the Championship Series portion of the Road to the Kentucky Derby series, the Risen Star awarded 50 points to the winner and War of Will virtually guaranteed himself a berth in a 20-horse Derby field, increasing his point total to 60. The three-year-old colt earned 10 points recording a four-length win in the Lecomte (G3) at Fair Grounds in mid-January.

War of Will showed speed from post 13 at the break and tracked pacesetter Gun It in second through moderate fractions (:23.71, :47.36 and 1:12.20) while under a snug hold. The Kentucky-bred son of War Front advanced to the lead nearing the conclusion of the far turn and put the race away entering the stretch, opening up on his 13 rivals.

“For a big horse, he has tremendous speed,” Casse said. “He had to hit the gas a little to get over (from the outside post), so that got him a little riled up… It's like hitting the gas and then trying to hit 'stop,' you know, they're not as easy to stop as a car.

“He probably made the lead a little earlier than we'd like. He's done this a few times, especially early on. When he hits the lead, his old ears will start wandering and stuff. He keeps winning, there will be some big targets for him to chase.”

Country House proved second-best but looks like Kentucky Derby contender to watch following a fine showing. An impressive maiden winner in his previous outing, the Bill Mott-trained colt dropped back to 12th after a slow start and launched a bold rally on the far turn, closing rapidly while wide to be second by upper stretch.

The 6-1 second choice displayed signs of immaturity down the lane, turning his heads sideways toward the stands and drifting in repeatedly as Jose Ortiz spent almost as much time trying to straighten him out as he did riding him, and the lightly-raced Country House figures to benefit greatly from his initial stakes experience. The chestnut wound up nearly two lengths better than the late-running Roiland in third. Hog Creek Hustle came next in fourth.

“It was a good race; the horse showed he could run,” Mott said. “He looked green, he was lugging in in the stretch. He's never done that before, and we think maybe he's just green, lights, other horses.”

War of Will has now earned $491,569 from a 7-3-1-1 career mark. Out of an Irish-bred daughter of legendary European turf sire Sadler’s Well, War of Will made his first four starts on turf. He dropped his first outing and followed with a good second in the Summer (G1) at Woodbine while still a maiden. After a close fourth in the Bourbon, the bay finished fifth in the Breeders’ Cup Juvenile Turf (G1).

War of Will tried the main track in his juvenile finale, impressively winning a maiden race over a sloppy track at Churchill Downs in late November, and has now been favored in his last three starts.

Casse said the $1 million Louisiana Derby (G2) on March 23 is a probable target for the Fair Grounds-based War of Will. 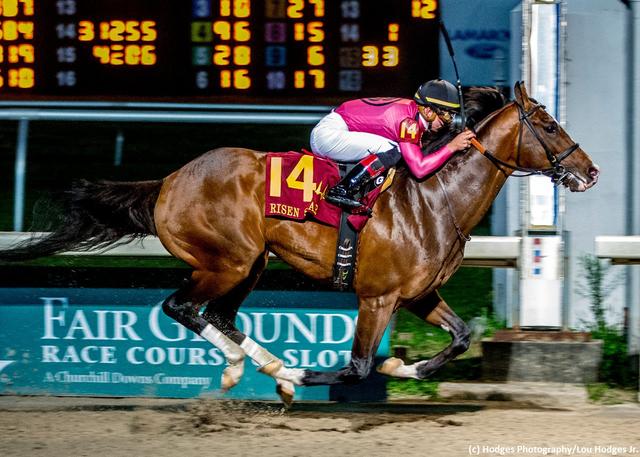