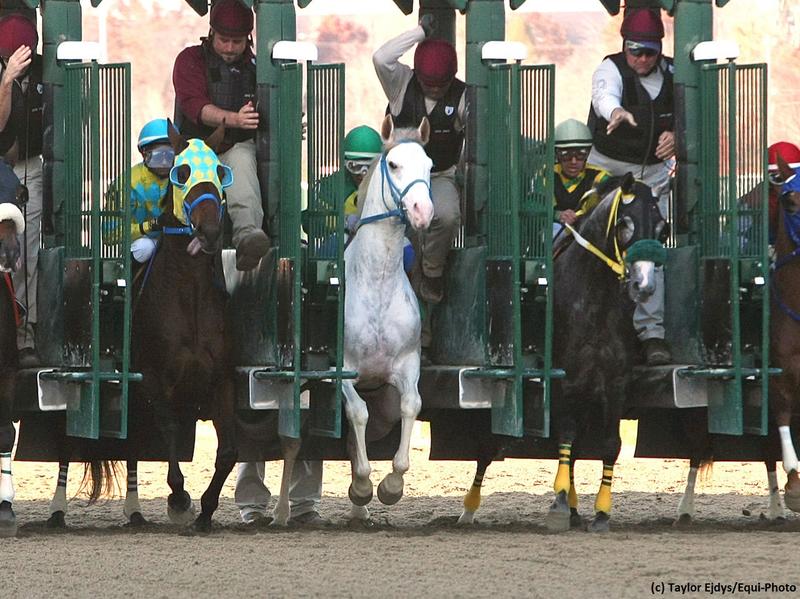 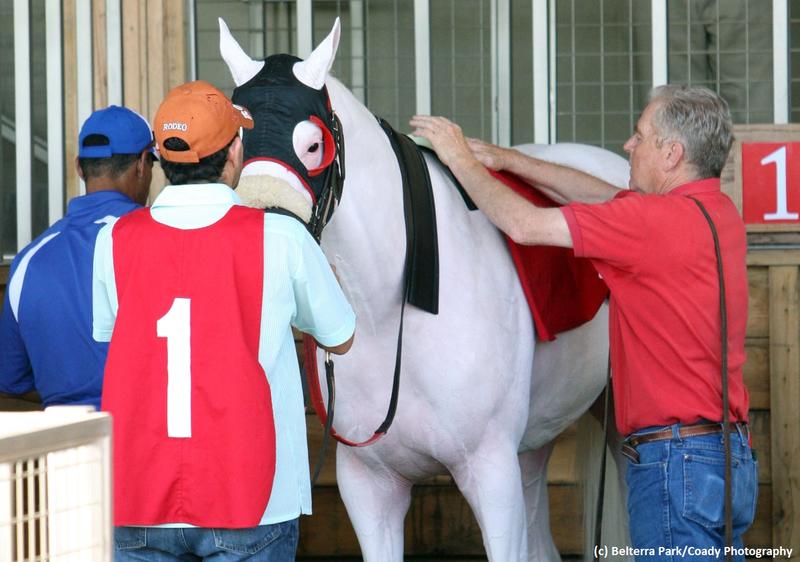 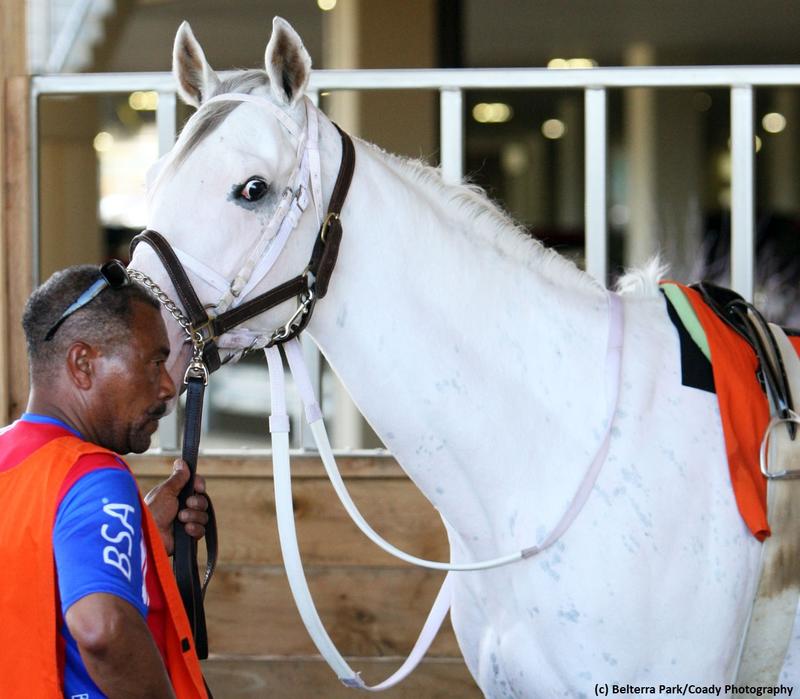 A couple weeks ago, identifying Thoroughbreds by color and markings was discussed. But now it’s time to discuss the rarest color – or non-color as it were.

That is the color white.

It’s easy to overlook when referring to Thoroughbreds because so few are given that designation. Most often what fans think of as white horses are actually grays. They can be born gray, but usually end up “graying out” after having lived their youths as blacks, bays, browns or chestnuts.

In fact, the very first U.S. Thoroughbred to register as white with the Jockey Club was White Beauty in 1963. She came from Patchen Wilkes Farm near Lexington, Kentucky.

That farm has since produced many white Thoroughbreds, but they aren’t the only ones. Seems like once the word was out The Jockey Club now accepted “white” as a color, others popped up.

The color white appears to be a genetic mutation, according to research carried out by Dr. Samantha Brooks, Ph.D., during her time at Cornell University as an assistant professor of equine genetics. And horses classified as white may also have spots or other markings of different colors, such as chestnut ears.

When a white Thoroughbred shows up to race, they inevitably attract a lot of attention, and betting dollars. On May 30, 2014, two such horses – Chief White Fox and Wear the Mask – squared off at Belterra Park in Ohio, finishing fourth and sixth, respectively.

Though there has yet to be a top-class white runner, they still manage to stand out in a crowd.

Excited to announce a stunning white filly by REVOLUTIONARY o/o Beautiful Devil born during the #SuperBowl at Patchen Wilkes Farm! 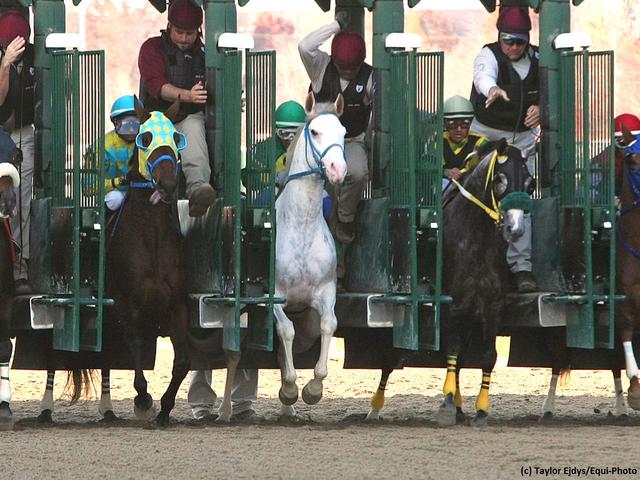