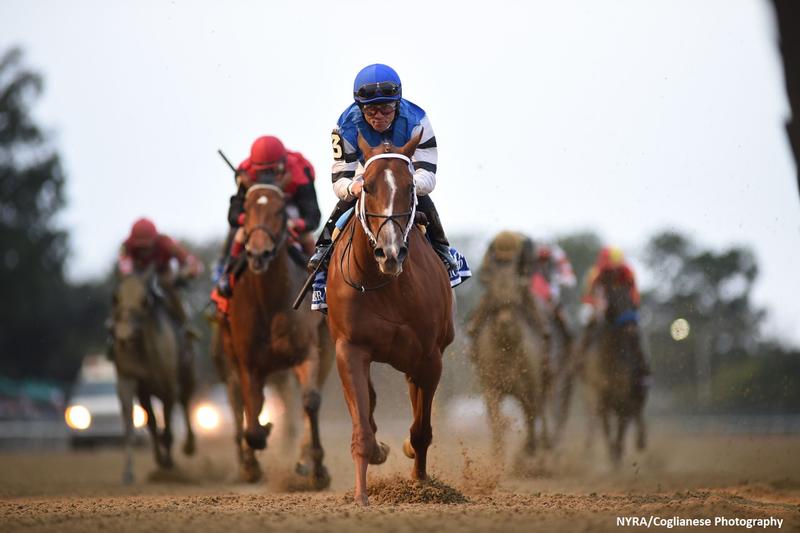 Six weeks after dominating her debut at Saratoga in gate-to-wire fashion, Wicked Whisper led six rivals on a merry chase in the $400,000 Frizette Stakes (G1) at Belmont Park, in the process emerging as an early contender for the 2020 Kentucky Oaks (G1).

Confidently ridden by Joel Rosario, Wicked Whisper broke alertly in the one-mile test and sprinted straight to the lead, carving out fractions of :22.91, :46.49, and 1:11.12 while leading by one to two lengths over Miss Marissa and Quality Response. Frank’s Rockette, the 5-2 favorite based off a runner-up effort in the Spinaway Stakes (G1) at Saratoga, relaxed in fourth place while racing wide.

Rounding the turn, Wicked Whisper began to open up on her pursuers. Frank’s Rockette put in a game effort to match strides down the homestretch, but she wasn’t able to close the gap on Wicked Whisper, who gradually widened her advantage to 2 3/4 lengths at the finish line.

"She relaxed good and was able to have a little extra in the last part," Rosario said. "There was a lot of speed. I was going to break and see; if someone went, maybe (I'd) lay second or third. She had nice cruising speed right away and I just decided to go on with her.”

By running the final quarter-mile in a solid :24.80, Wicked Whisper stopped the timer in 1:35.92. Frank’s Rockette, running a big race of her own, pulled 3 1/4 lengths clear of third-place finisher Slam Dunk, while Ice Princess rounded out the top four.

"Every time I asked her, she was there for me," Rosario continued. "It was her first time going a mile, so you just want something for the last part. She responded and just kept going. The more I asked, the more she was going. She looks like she's real spirited and looking around and enjoying herself."

Since the Frizette is an official qualifying race on the Road to the Kentucky Oaks, the top four finishers received points on a 10-4-2-1 basis. In addition, Wicked Whisper secured a “Win and You’re In” berth to the November 1 Breeders’ Cup Juvenile Fillies (G1) at Santa Anita, where twice as many points will be up for grabs.

A daughter of 2015 Breeders’ Cup Dirt Mile (G1) winner Liam’s Map out of the Bernardini mare Zayanna, Wicked Whisper is a half-sister to current Black-Eyed Susan (G2) winner Point of Honor. With Hall of Fame trainer Steve Asmussen in Kentucky for a busy weekend of racing at Keeneland, assistant Toby Sheets saddled Wicked Whisper and did not immediately confirm the filly as an intended starter for the Breeders’ Cup.

"We're going to enjoy the moment and go from there and take it one step at a time," Sheets said. "She's a very nice and classy horse. She does everything correct. All I said to Joel was she's classy and 'good luck.'”

Bred in Kentucky by Siena Farms, Wicked Whisper was purchased by current owners Alex and JoAnn Lieblong for $500,000 as a yearling. With a perfect two-for-two record under her belt, Wicked Whisper has already earned $269,500 during her brief career and is an exciting name to watch on the Road to the Kentucky Oaks. 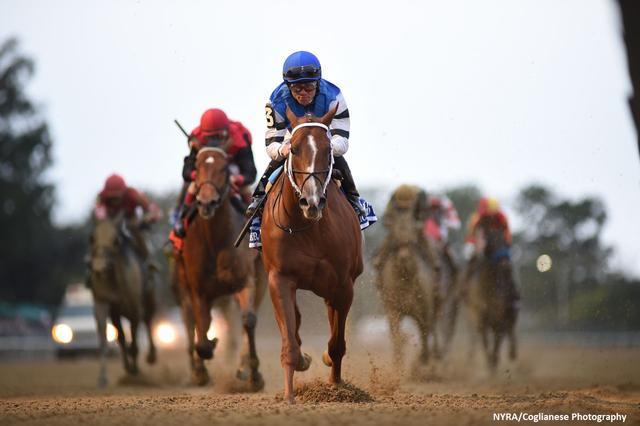