Early Voting gets jump on Epicenter in Preakness 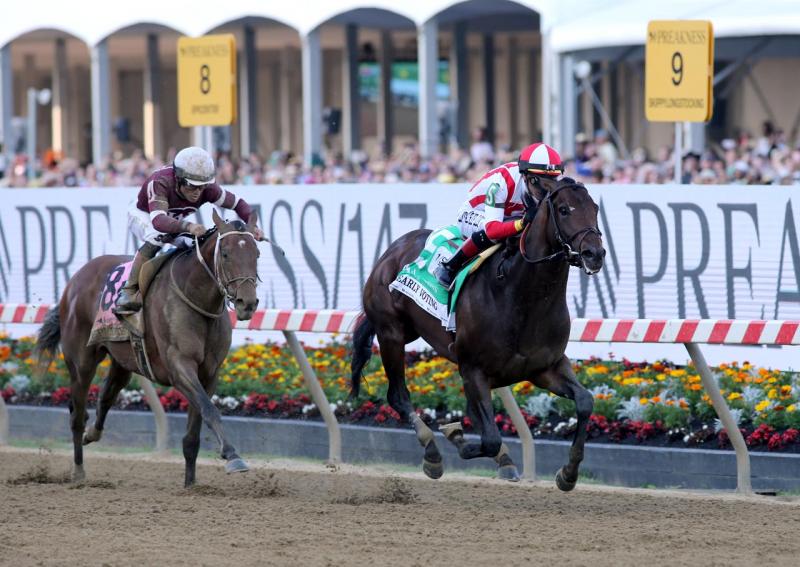 Early Voting gave owner Seth Klarman of Klaravich Stables a cherished birthday present at Pimlico on Saturday — a victory in the $1.65 million Preakness S. (G1). Striking the front rounding the far turn, the 5-1 chance got the jump on 6-5 favorite Epicenter and prevailed by 1 1/4 lengths. Epicenter was sustaining his second straight tough beat in the Triple Crown, having finished runner-up as the Kentucky Derby (G1) favorite.

Yet another star from the first crop of Horse of the Year Gun Runner, Early Voting was showing a new tactical dimension. The Chad Brown trainee had been on the pace in his first three starts, pressing the early leader in his maiden win, wiring the Withers (G3), and going nearly all the way when caught in the Wood Memorial (G2). Brown had said that Early Voting could be effective with a target, and that hypothesis was proven at Pimlico.

Armagnac dashed to the front, and Early Voting was content to stalk. Epicenter and Secret Oath, the Kentucky Oaks (G1) heroine, found themselves further back than expected. Both had a spot of trouble in the initial strides, Epicenter pinched back after getting away a beat slow, and Secret Oath checked in a squeeze play.

Early Voting was traveling conspicuously well as he ranged alongside Armagnac on the far turn. With jockey Jose Ortiz taking a confident look back over his shoulder, Early Voting shot clear and maintained his momentum down the stretch. The lightly-raced colt drifted in, but had a safe enough margin ahead of his pursuers.

Chief among them was Epicenter, who offered a valiant rally on the inside. Altering course as the winner crossed over, the favorite soldiered on as best of the rest by 2 1/4 lengths.

Creative Minister repaid his connections’ $150,000 supplemental fee by taking third, worth $181,500. Secret Oath made a brief bid out wide on the turn, but ultimately flattened out in fourth. Skippylongstocking nipped Simplification for fifth, and Armagnac, Happy Jack, and Fenwick concluded the order of finish.

While Ortiz was winning his first Preakness, Brown and Klaravich Stables were celebrating their second victory in the middle jewel. Five years ago, their Cloud Computing, co-owned by William H. Lawrence, outfinished Classic Empire.

Early Voting was following the same path as Cloud Computing, but with a better résumé. Unlike Early Voting, Cloud Computing had yet to win a stakes, placing second in the Gotham (G3) and a distant third in the Wood Memorial. Both colts had earned enough points to compete in the Kentucky Derby, but connections preferred to await the Preakness in light of their inexperience.

Early Voting was bred by Three Chimneys Farm, where Gun Runner stands, and sold for $200,000 as a Keeneland September yearling. He is out of Amour d’Ete, a full sister to 2017 Blue Grass (G2) winner Irap and a half-sister to champion sprinter and outstanding sire Speightstown. They were all produced by the Storm Cat mare Silken Cat, Canada’s champion two-year-old filly of 1995. 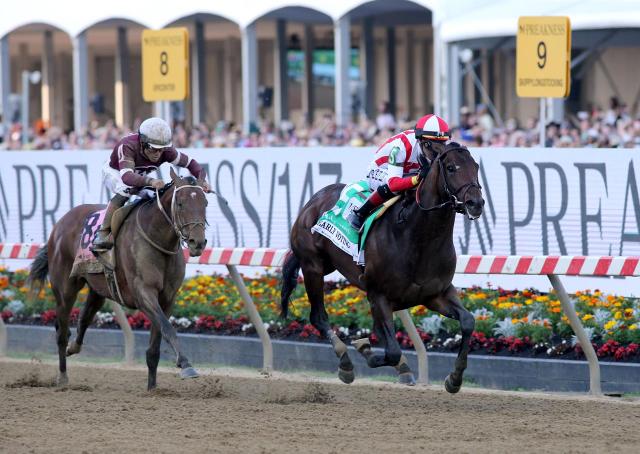