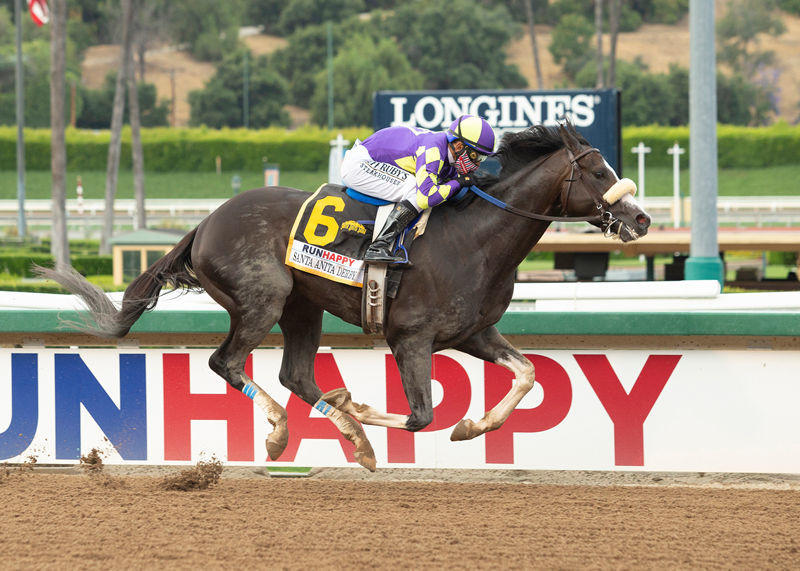 A compact field of six sophomores will contest Saturday’s $100,000 Shared Belief S. at Del Mar. The 2020 Road to the Kentucky Derby challenge series event will reward the top-four finishers with points on a 50-20-10-5 basis.

Impressive Santa Anita Derby (G1) winner Honor A. P. is the clear one to beat in his final tune-up for the Kentucky Derby (G1) for conditioner John Shirreffs. The expensive Honor Code youngster has never run a bad race in his career, and he will be formidable in the Shared Belief despite cutting back in distance. He is the Expert Pick of the Week.

Honor A. P., who is at the top of my current Derby list, debuted at Del Mar in August in a maiden special weight dash and rallied from last to be an eye-catching second. Stretching out to one mile in his second assignment, the Kentucky-bred led at every call en route to a convincing tally at Santa Anita in his juvenile finale.

The $850,000 yearling purchase finished a creditable runner-up in the San Felipe (G2) to commence 2020 prior to posting a stout victory in the Santa Anita Derby beneath regular pilot Mike Smith.

Honor A. P. faces some talented 3-year-olds on Saturday, including a well-meant cast from the barn of Bob Baffert. But the dark bay ridgling is the class of the cast, and he shows four solid morning drills on the surface, as well. He will be nearly impossible to defeat with anything close to his best performance in the Shared Belief.

The lightly raced Cezanne could pose the biggest danger to the favorite as a potential wire-to-wire threat. Conditioned by Bob Baffert, the $3.65 million juvenile purchase is perfect from a pair of lifetime races to date. The son of Curlin drew widest in the small field, but I expect him to be sent straight to the front end on Saturday while making his black-type debut.

Cezanne is bred to handle the 1 1/16-miles trip with ease, and he has indicated that he has affinity for the Del Mar main strip with a trio of good morning drills in advance of his toughest assignment so far. Sharp pace pilot Flavien Prat will guide the Kentucky-bred bay, who could get brave in the stretch if left alone early on.

An exacta with Honor A. P. over Cezanne is the Best Bet of the Week. 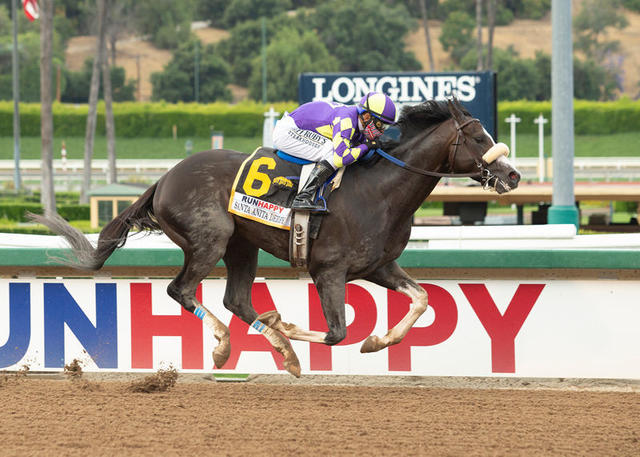