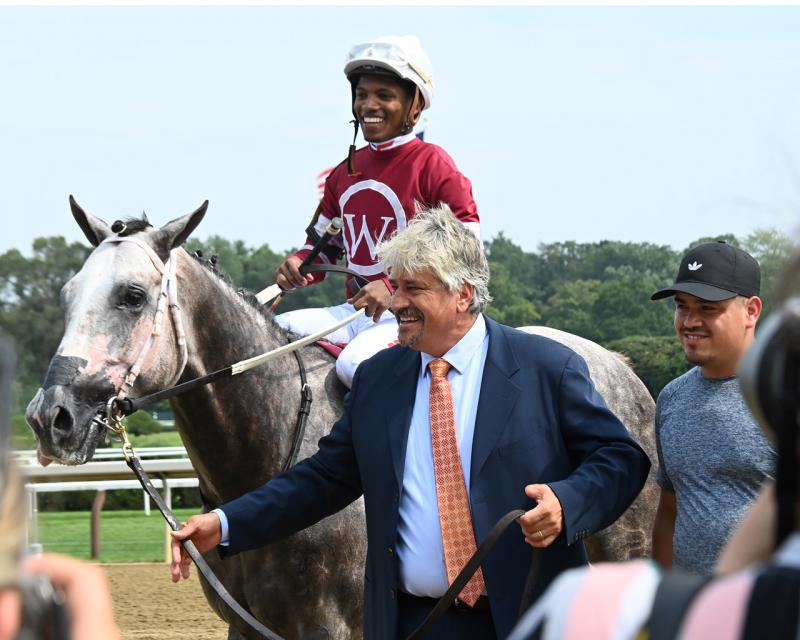 The 2021-22 Road to the Kentucky Derby kicks off with a bang on Saturday with the $300,000 Iroquois S. (G3) at Churchill Downs, which provides potential Derby contenders with an opportunity to take a test spin around the host track of the “Run for the Roses.”

Held over 1 1/16 miles, the Iroquois has produced 27 Kentucky Derby starters since 1980, including two who competed in the 2021 Derby. It will come as no surprise if this year’s Iroquois produces multiple Derby starters as well, considering 11 talented two-year-olds have turned out to contest the Derby trail’s first official stop.
Roger McQueen and Lucky Boss, separated by half a length when running one-two in the Ellis Park Juvenile S. last month, are the most accomplished entrants in the field. Speedy front-runner Roger McQueen appears particularly formidable for trainer Larry Rivelli, who has won the Iroquois twice since 2015.
But the stakes veterans may be overshadowed on Saturday by a bevy of exciting maiden winners. Stellar Tap and Guntown—representing three-time Iroquois-winning trainer Steve Asmussen—enter off blowout maiden victories at Saratoga and Ellis Park, respectively. Guntown is bred top and bottom to thrive at Churchill Downs, considering sire Gun Runner and half-brother Paddy O’Prado finished third in the Kentucky Derby (G1) while half-sister Untapable won the Kentucky Oaks (G1).
Trainer Dale Romans, a four-time winner of the Iroquois, is represented by Red Knobs, a 6 1/4-length maiden winner racing one mile at Ellis Park last month.  A stretch runner, Red Knobs looms as one of the primary off-the-pace threats in an Iroquois field filled with speed.

Speaking of which, one of the speediest Iroquois entrants is the New York raider Major General, who led all the way to win his debut sprinting 6 1/2 furlongs at Saratoga. The Todd Pletcher trainee showed grit to dig deep and win by a neck over Bourbon Heist, who will hope to turn the tables and break his maiden in the Iroquois.

Other prominent entrants shipping in from outside Kentucky include Strike Hard, a flashy maiden winner running one mile at Gulfstream Park; Magnolia Midnight, who romped by 5 1/4 lengths in a 5 1/2-furlong maiden dash at Delaware Park; Husband Material, who trounced a one-mile and 70-yard maiden route at Delaware Park by 20 1/2 lengths; and Tough to Tame, easy winner of a 5 1/2-furlong allowance at Indiana Grand.
The Iroquois is the ninth race on an evening card at Churchill Downs, with post time slated for 10:11 p.m. (ET). In addition to awarding Kentucky Derby qualification points on a 10-4-2-1 basis to the top four finishers, the Iroquois offers a “Win and You’re In” berth to the Nov. 5 Breeders’ Cup Juvenile (G1) at Del Mar. 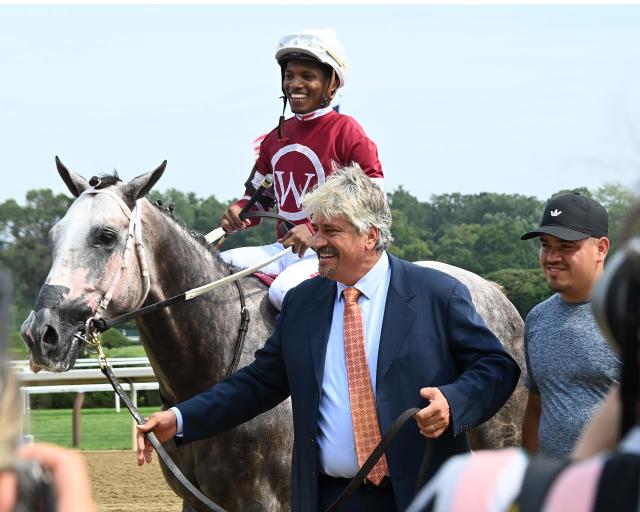