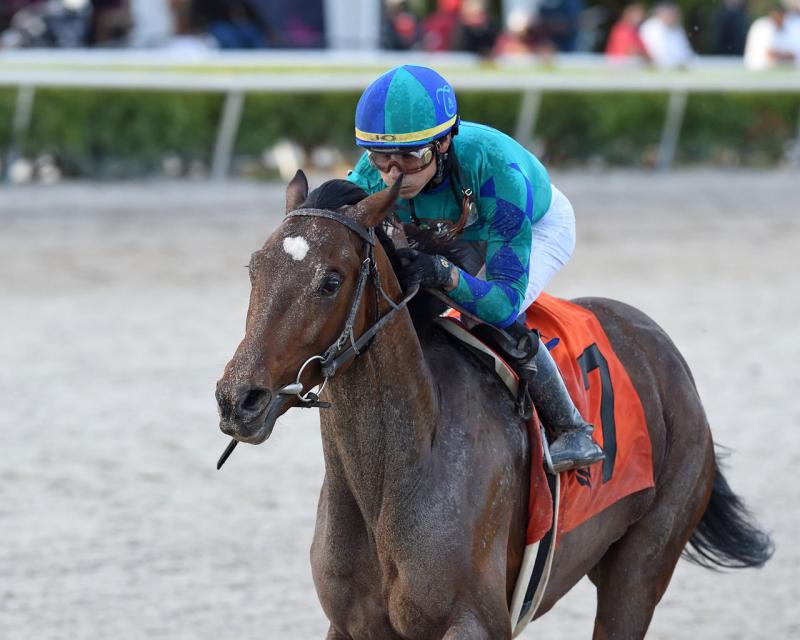 Greatest Honour joined the Kentucky Derby trail with an eye-catching win in Saturday’s $200,000 Holy Bull Stakes (G3) at Gulfstream Park, launching a bold rally leaving the far turn to take command and draw off to a 5 3/4-length decision.

Jose Ortiz was up on the Tapit colt for owner/breeder Courtlandt Farms and Kentucky Derby-winning trainer Shug McGaughey, and Greatest Honour completed the 1 1/16-mile distance in 1:43.19.

“He took the lead and went on,” Ortiz said. “I still had plenty of horse underneath me. He was playing. From the three-sixteenths (pole) to the wire, he didn’t give me his 100 percent. He was just playing around. In the beginning of his career we had a very tough time with him. Shug deserves a lot of credit, and his exercise rider. I was there and I saw how tough he was.

“Mentally, he wasn’t in the right place, but Shug did an amazing training job and the exercise rider, they combined together as a team the way it should be. They made him a really, really nice horse. He always showed a lot of ability, but he’s starting to put it all together.”

The first of three qualifiers at Gulfstream, the Holy Bull awarded points on a 10-4-2-1 scale as a Road to the Kentucky Derby series event.

Tarrantino finished a clear second. Prime Factor, the 11-10 favorite in his stakes debut, wound up nearly 10 lengths behind the winner in third. Papetu came next in fourth, and Jirafales, Sittin On Go, Awesome Gerry, Willy Boi, and Amount completed the order.

A 1 1/2-length maiden winner at Gulfstream on Dec. 26, Greatest Honour moved forward in his stakes debut. He placed in his first three starts before graduating, finishing behind recent Smarty Jones S. winner Caddo River twice last fall, and the Kentucky-bred has now earned $175,240 from a 5-2-1-2 record.

Greatest Honour hails from a regal female family. His dam, the Street Cry mare Tiffany’s Warrior, is a half-sister to Belmont Stakes winners Rags to Riches and Jazil. Rags to Riches, who was named champion three-year-old filly in 2007, also captured the Kentucky Oaks. 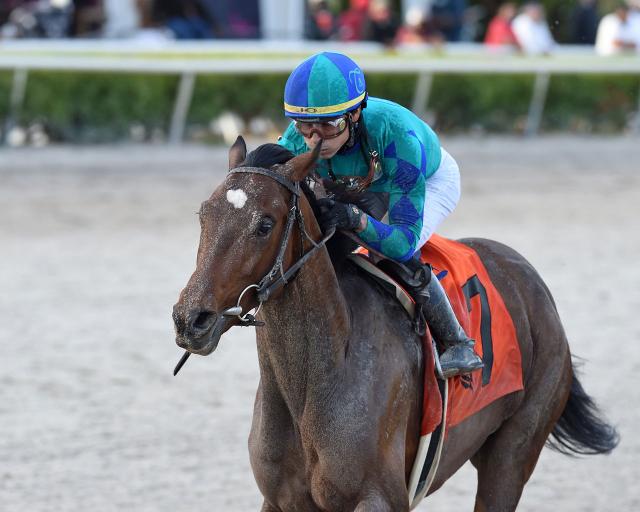