Shortleaf Stable’s homebred Caddo River earned 10 points on the 2021 Road to the Kentucky Derby following his 10 1/4-length tally in the $150,000 Smarty Jones S. at Oaklawn Park on Jan. 22. The winner completed one mile on the fast main surface in 1:38.19 under the guidance of regular pilot Florent Geroux.

Geroux had a lot of praise for the top prospect following the race:

"The distance doesn't look like it's going to be a problem. Very excited about what's coming up ahead of us with him. Looks like he can run all day, which is a good problem. Hopefully, we can go on, go up the stepping-stones and have a nice horse for the first Saturday in May.”

Caddo River was unveiled at Saratoga Race Course on Sept. 5 and finished a clear second in a maiden special weight contest traveling 7 furlongs. The Kentucky-bred raced at Belmont Park second time out at the same distance, and he once again was runner-up. He graduated in style at Churchill Downs in his third performance when stretching out to a mile, drawing off with ease to record a 9 1/2-length triumph.

The son of Hard Spun was produced from the stakes-winning Congrats mare Pangburn, who was second best in the 2014 Pocahontas (G2) at Churchill Downs. She is a half-sister to 2020 Allaire duPont (G3) victress Eres Tu, as well.

Caddo River has moved forward in each of his four lifetime starts to date, registering Brisnet Speed numbers of 87-89-94-96 to this stage of his development. He possesses excellent gate presence and has a high cruising speed that he can carry a route of ground. The dark bay colt will need to continue to grow as the season progresses, but he appears to be the type of horse that has a very high ceiling going forward.

The $1 million Rebel (G2) on Mar. 13 at Oaklawn Park is the next target for Caddo River. 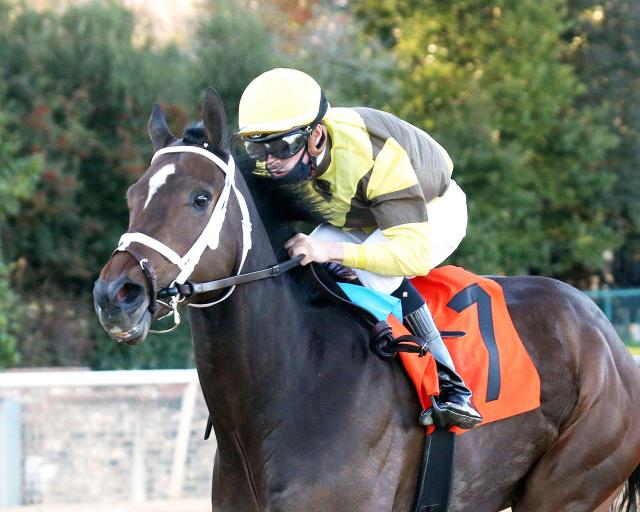