Courtlandt Farms’ homebred Greatest Honour picked up 10 points on the 2021 Road to the Kentucky Derby challenge series following his 5 3/4-length victory in the $200,000 Holy Bull S. (G3) at Gulfstream Park on Jan. 30. Piloted by Jose Ortiz, the winner finished 1 1/16 miles on the main oval in 1:43.19 to score his initial stakes triumph.

Greatest Honour began his career with a third-place finish in a loaded maiden special weight race at Saratoga on Sept. 5. Recent Smarty Jones S. romper Caddo River was runner-up in that same contest.

He came home second-best next time out in a seven-furlong outing at Belmont Park, prior to missing by a head in a nine-furlong test at Aqueduct in his third career appearance. Greatest Honour preceded his Holy Bull score with a maiden tally at Gulfstream Park on Dec. 26 while making his three-year-old debut. His lifetime line now reads 5-2-1-2, $175,240.

Greatest Honour was bred in the Bluegrass State and sports one of the top catalog pages of any contender on the Triple Crown trail. The bay colt was produced from the Street Cry mare Tiffany’s Honour, who is a half-sister to four standout graded stakes winners. Her siblings include champion Rags to Riches, heroine of the 2007 Belmont S. (G1); 2006 Belmont hero Jazil; Irish champion Man of Iron; and 2008 Peter Pan S. (G2) star Casino Drive. This is the same female line as 1982 Kentucky Oaks (G1) starlet Blush With Pride.

The impressive colt has moved forward with every lifetime try to date, while improving his Brisnet Speed figure on each occasion (84-88-92-97-103). He is bred to handle classic distances with ease, and the son of Tapit still has a lot of room for improvement going forward as well. Greatest Honour is undoubtedly a prime Kentucky Derby candidate if he continues to ascend for conditioner Shug McGaughey. 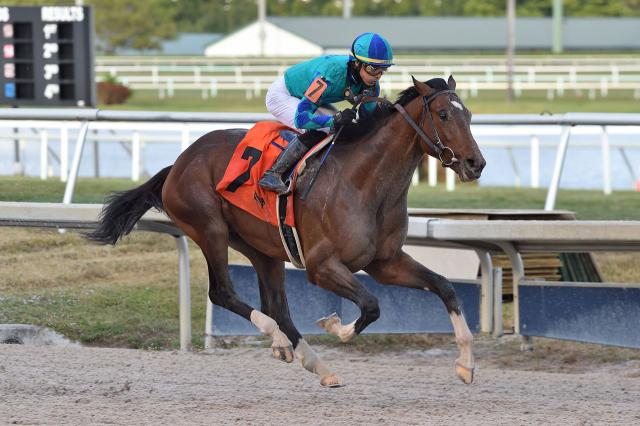